It's A Winter Wonderland!

I woke up this morning to a weird sound. Like rice Krispies. Or something. I checked my phone to see what time it was and found pictures from Lily and Jessie which depicted something like snow. I knew that snow does not make a sound as it falls so it had to be ice and oh god, the Icepocolpse was happening.

It was hard to believe but there it was- white stuff on the ground and then in a little while, it got quiet and actual flakes began to fall. 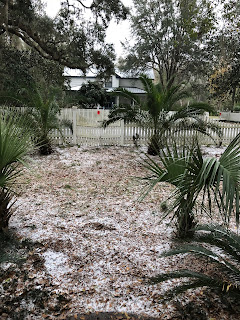 This was early on. 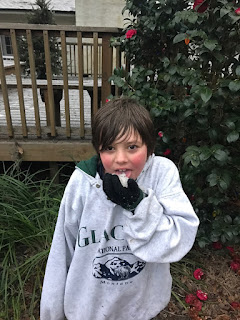 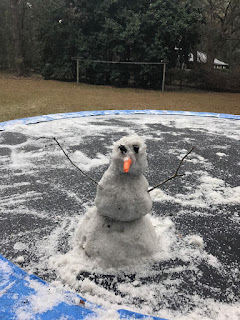 The boys made a snowman with the snow collected on the trampoline. 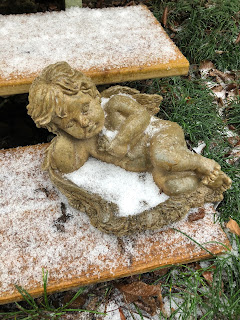 Is this how you make a snow angel? I hear that's a thing. 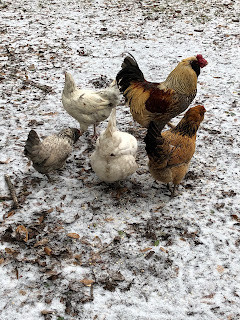 Mick kept picking his feet up like, "Whoa! What the hell?" 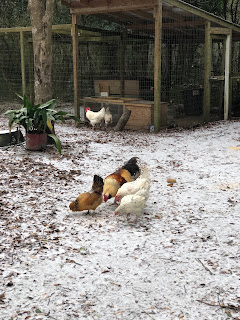 I can't help it. CHICKENS IN THE SNOW! 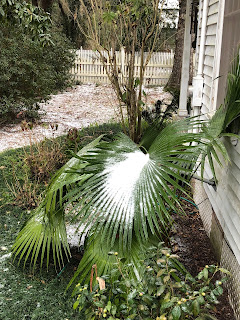 And snow in palms.

Well, now it's just dripping water off the eaves. Perhaps tonight we'll get some icicles.

Oh, how easily amused and amazed we Floridians are.