I Hope He Never Stops Saying That 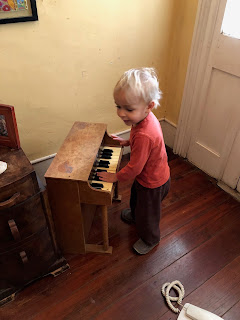 It has been a grand-boy weekend so far.
By nine o'clock this morning the boys had eaten bacon and waffles and gotten dressed and packed up and were ready for their daddy to pick them up because Owen had some sort of baseball thing going on. I tidied up the house and then Jessie and Vergil and my other two grandsons arrived as Mr. Moon and Vergil planned to do car repairs together. Which they have now been doing for about seven hours. On three different vehicles.

I've had a great time with Jessie and Levon and August. 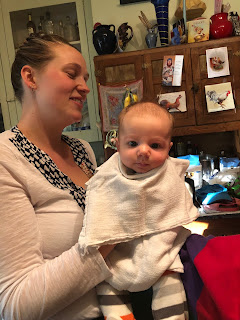 We even got a terrific nap! So, it's pretty much been perfect or as August might say, pretty good.

Now I'm going to cook us some mullet a friend brought over today and I've got greens from the garden simmering away.