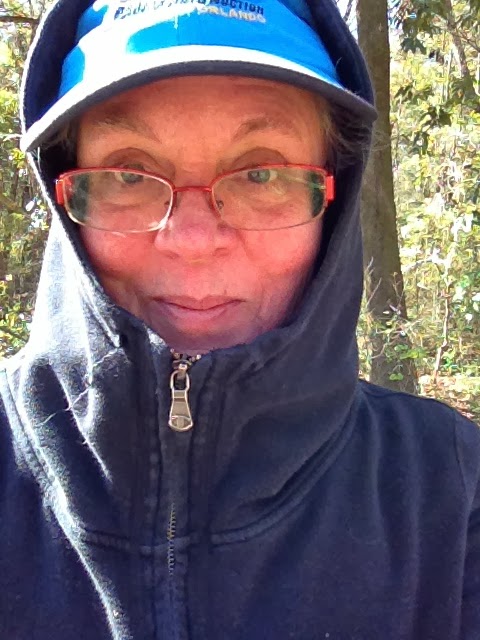 It took me until noon today to talk myself into getting into my walking clothes and getting out there. It's been cold all day and I doubt it ever got near fifty and as always, I have to give the caveat that yes, I know, forty isn't that cold but it is for us here in Florida and we don't have the right clothes for such temperatures but mainly I'm just a big wimp.
I had taken the trash and just that little jaunt in the car left me chilled to the bone and slightly miserable. But as the day progressed, that sun kept cheerfully shining and every peak of sky I glimpsed through the window was as blue as blue could be so I finally gave in and put my shoes on and my silly not-an-athlete walking wear and went out into it and I was so glad I did.
Here's what the sky looked like: 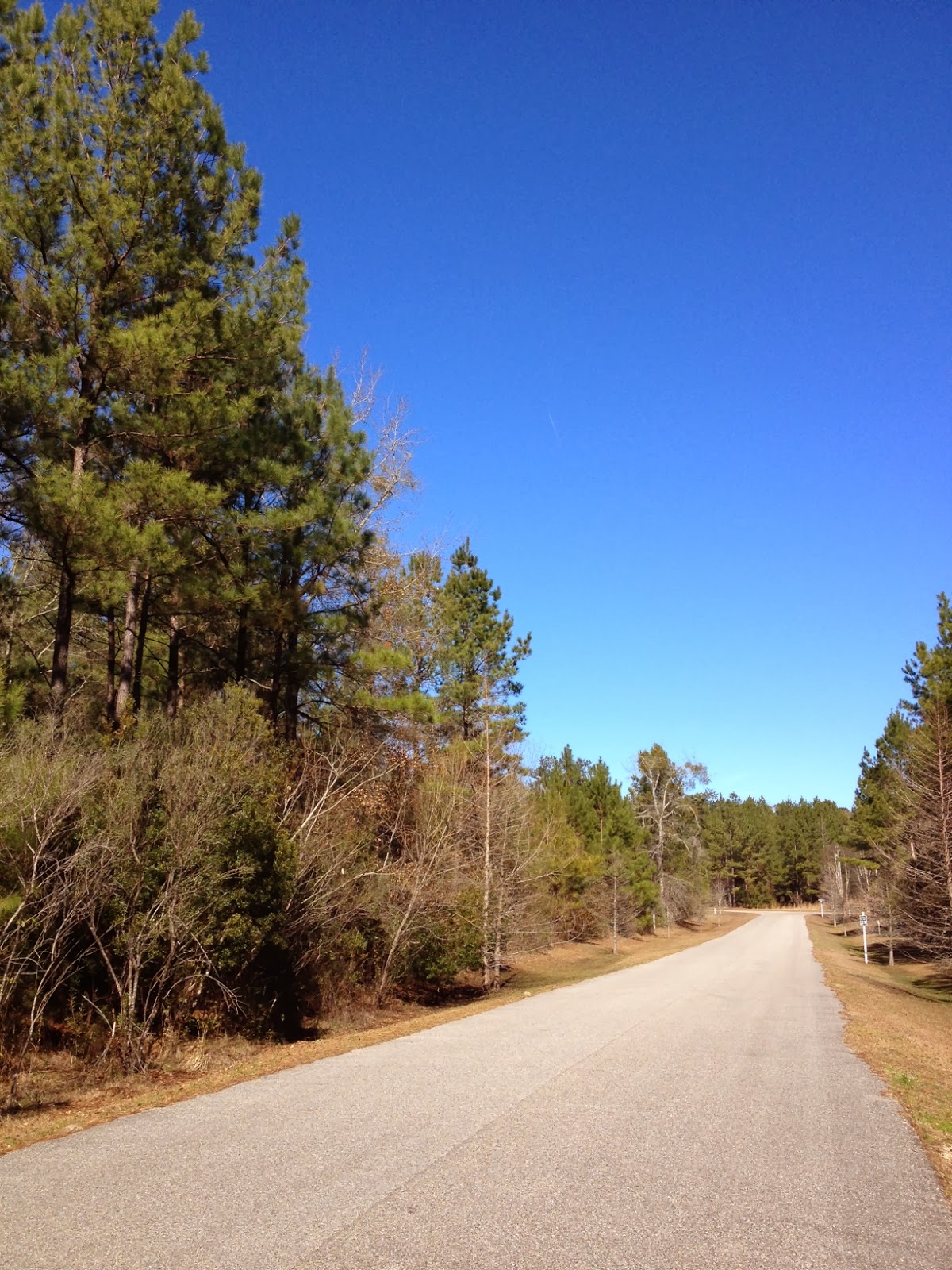 How could I ignore that? And wouldn't it have been a sort of small sin if I had?

I was so glad I went. Everything was clear and sharp and holding the true winter essence of itself, unadorned by spring's gaudy exuberance or summer's almost embarrassing (if we get enough rain) rich profusion or fall's golden changes. Just the brave green of the pines and oaks, the still-glossy leaves of the magnolias. All of them different somehow from summer's green.

It was a wonder.

There is a very short road not two blocks from my house which I had never really explored in the ten years since I've lived here until recently. It's not much of a road, more of a dirt driveway that leads to a few houses, one an old Jim Walters, falling in, a few trailers, and then this: 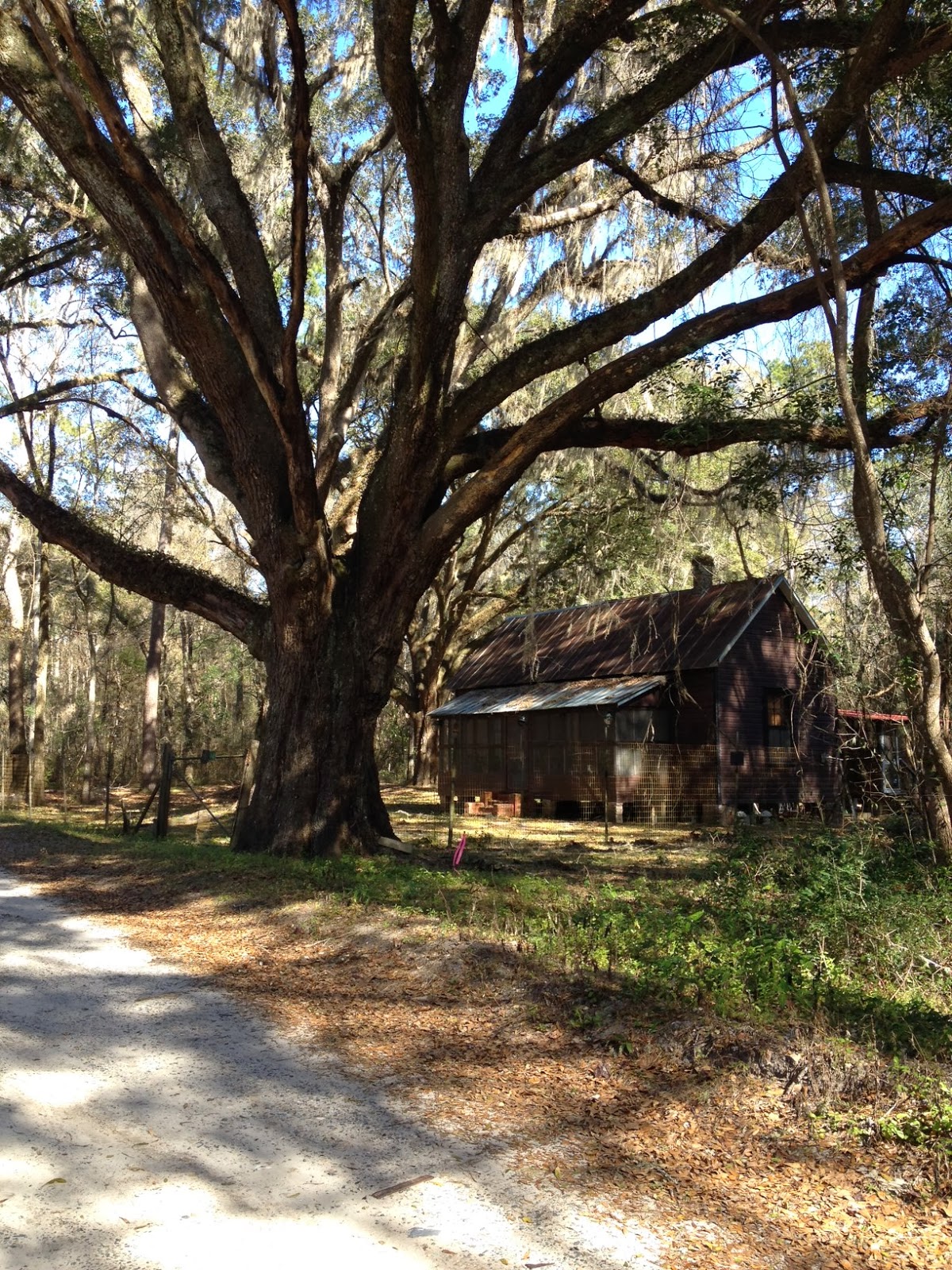 Its lines are still so straight and true that I am tempted to think it is a new place, built to look old but the chimneys look ancient and it has the sense about it of having been there forever. The trees around it are spreading and moss-draped and I take delight in the sight of it every time I see it. It would appear to me that someone is living there although I have seen no cars and the yard is fairly devoid of stuff. Most of the yards on that road hold at least one old car up on blocks along with the detritus which men so typically are loath to give up- to be specific- old crap that no one is ever going to use again but which could, possibly, if someone took the time and the effort to restore it could be. Old tractors, old above ground pools, old swing sets. Etc.
This yard has little but a tire swing hanging from a lower hanging oak branch over to the side. It looks spare and yet, not abandoned.

Anyway, it was a good walk and it cheered me immeasurably to have gone out and taken it and when I got home and went to check the hen house to see if my prophecy about getting an egg today might be true (Miss Sharon had been on the nest when I opened the door for the chickens this morning) I found this: 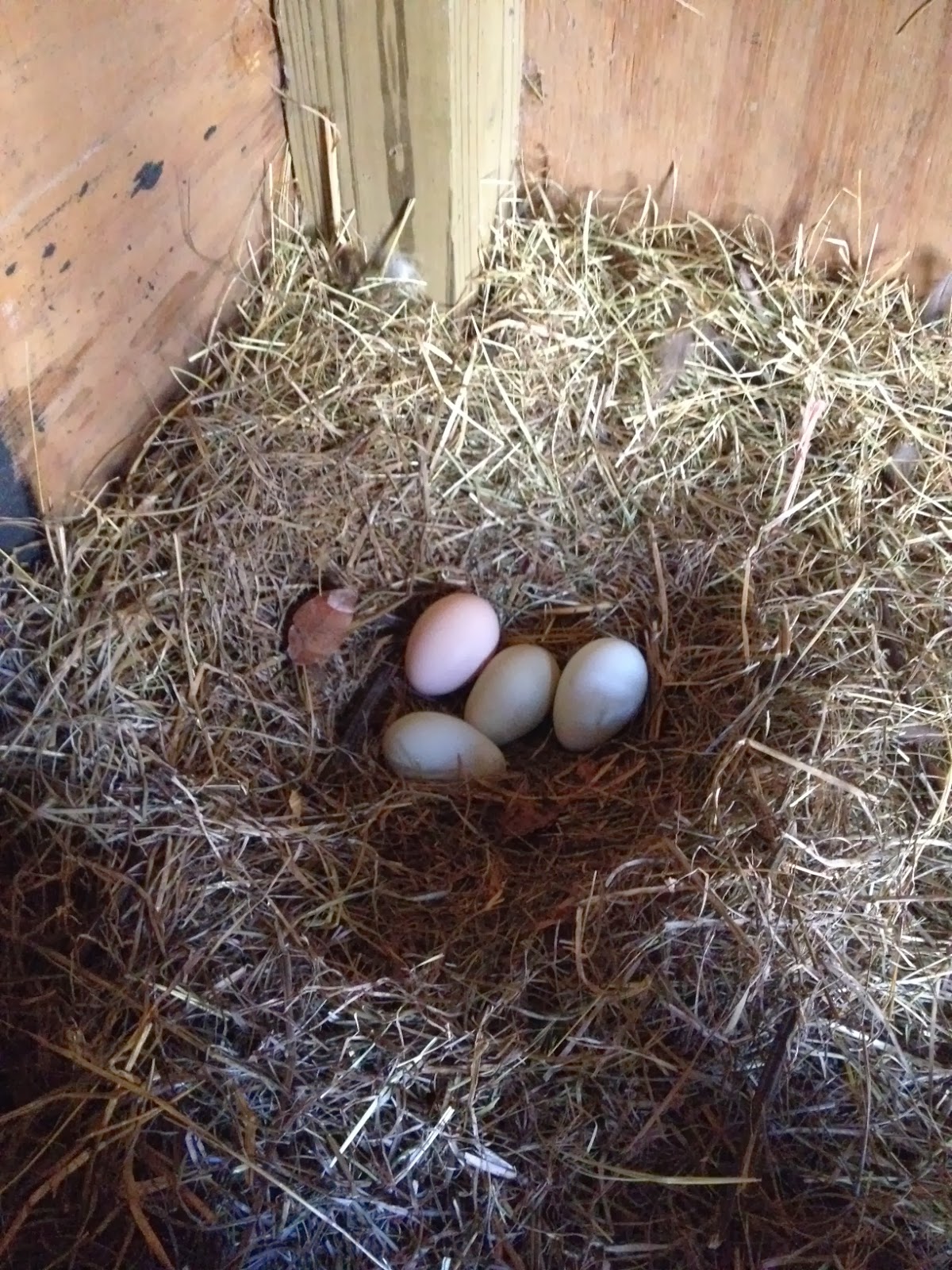 Four eggs from my five hens! This hasn't happened since sometime last summer! Two blueish ones, one sage green, one pale ivory. I have no more idea what triggered this bounty than I can discern what triggers my moods. I felt as if rubies had fallen from the sky as I gathered them up and took them into the house.

And so it has gone today. Cooking has been a trial. Some days are like that and again, I do not know why. My eggs that I boiled to make into deviled party eggs would NOT peel and I spent forty-five minutes trying to be delicate with shell and membrane and whites. They are not going to be the prettiest deviled eggs in the world and so they better be good. I will finish them tomorrow. I have just pulled the brownies out of the oven and even they don't seem to be quite right but you know- we do what we can and anything made out of chocolate and cocoa and butter and eggs and flour and vanilla and pecans will be good unless it is burnt and these are not burnt so there is that. I have a huge pot of something on the stove which is either going to be soup or stew and I am not yet sure which. If it is stew I have to make a gravy to thicken it and the way things are going in that kitchen today, I am not sure I should even bother.

Ah-lah. It's all okay. These are the merest of circumstances, not even fit to be called problems. I am waiting for my husband to come home. It is Friday. There will be martinis, real ones, not fantasy ones, and whether the pot of venison and vegetables ends up as soup or stew, it will be good enough. Winter food, like winter woods- stripped down to the essence, no need for fancy pretension. Two bowls, two bread plates, a bottle of hot sauce. That is all a table needs on a winter's night.
Well, those and love and having all of these things and in abundance, I know and acknowledge my riches.