Brunch And Fun And Fishing And Fun 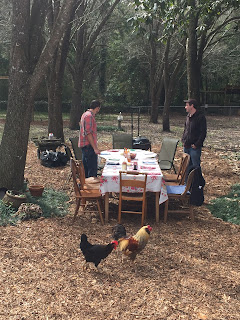 Well, we got the tables set outside and everyone gathered. Another perfectly beautiful day and my heart was so happy to have everyone here. The chickens were invited too as well they should have been since I made three frittatas out of their eggs. Not from those two particular chickens, but from part of their flock, anyway. 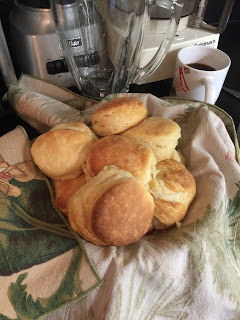 They were probably the best angel biscuits I ever made in my entire life. They were swoony. I think Owen had five. 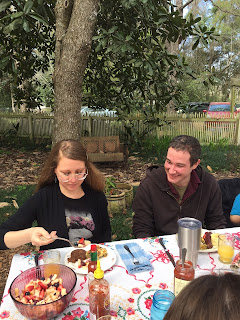 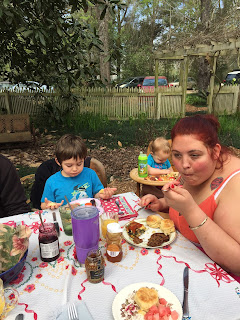 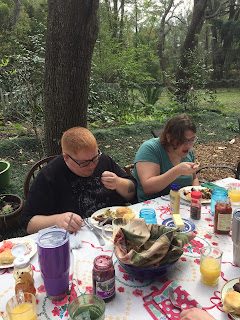 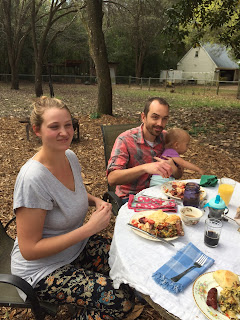 Boppy showing August something on his phone: 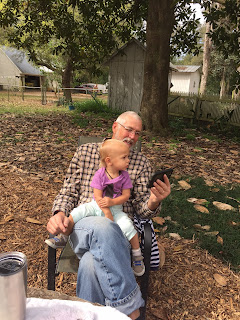 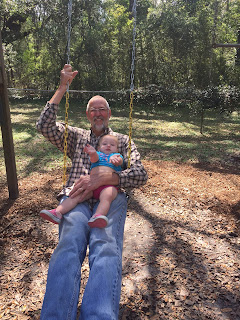 It was just a perfect brunch and it's been so long since everyone gathered here since Lily and Jason bought their house and we've sort of shifted to that location for gatherings. But sometimes you know, Mer wants everyone at her house, in her own nest. It's just the way it is. To have everyone running around and babies climbing steps and people playing the Dixie Chicks on the stereo and aunties dancing with babies in the hallway and chickens helping clean up under the high chair and babies getting changed on the bed and, well, all of it.
Just all of it.

We spent a long time after we ate just sitting and talking and then Hank and Rachel had to go because Hank had to write trivia and Jessie and Vergil and August had to go because they had other things they needed to get done and Boppy got the boat ready for us and the boys to go to Lake Miccosukee for a little fishing and May and Michael went on home and Lily and Maggie went on home and we drove down the old dirt back roads to the lake and Boppy bought minnows and launched the boat and a whole other big time commenced. 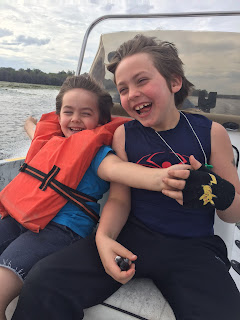 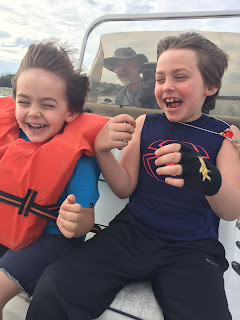 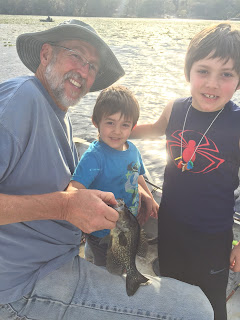 Speckled perch! Which was liberated after the picture was taken. 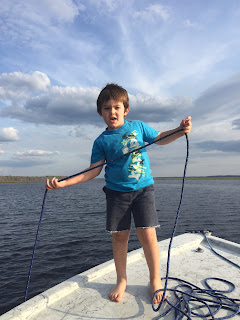 Playing something which involved tossing the rope in the water and swinging it like a lariat. 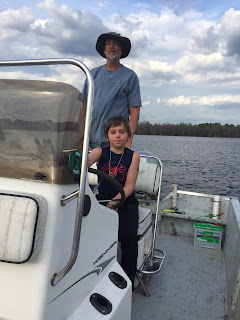 And Owen drove the boat all the way to land. All by himself. He was so proud.

On the way home, Gibson instructed us in being a band. Owen was to be the singer at the microphone, Boppy was to be the drummer, I was to be the guitar player, and he himself was to play the trumpet. And so we did that, Boppy tapping on the dashboard as we drove and me following Gibson's trumpet line on my guitar and Owen being shy with the vocals. And then, when we got home, Gibson said, "Owen, I'm so happy you got to catch a fish and drive the boat all by yourself!"
And you know what? He really was.

They crunched on some garden carrots before they left and as they drove out of the yard, they were calling, "I love you! I love you!" and we were calling the same thing back.