The Sun Draws Close Once Again 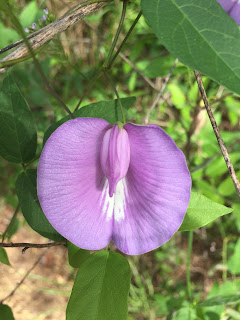 The air is heavy tonight which contributes to my general feeling of malaise and dis-ease. Another day of not-much although I did go to town for a few items but stayed on this side of Capital Circle which is what we now call what we used to call the "truck route" back when Tallahassee was still a small, fairly contained town with borders on all four sides which has now spilled over into the former woods and forests and pastures and even the other counties which surround it and Capital Circle cuts right through all of it, traffic jammed up it where cars used to speed from one point on the enclosed compass to another. There are chain restaurants and big box stores, office complexes and housing developments where once there was nothing but cows and trees and the wild birds and critters.
Still, I am happiest if my trips to town do not take me any farther than the old truck route and it's pretty easy to do. Lily's house, the branch library, two Publixes, Japanica, the Indian buffet, even Costco all lie this side of it and today I only needed to go to Costco and Publix and so was in and out in less than an hour.

I really don't have much to talk about or, to be truthful, anything at all. The picture above is my annual photo of the blooming clitoria ternatea, or butterfly pea as it is commonly known. I see them on my walk through the woods. The heat is building into summer's full blast and I come home with hair as wet as if I'd been in the shower. The beauty berries are beginning to form up, the wild grapes cover everything. When two people are in the post office at the same time the topic of conversation is the heat, of course, because it enfolds and covers us all.
Speaking of the post office, I have noticed that someone has left a copy of the Holy Bible on the table where people can stand to sort their mail or stamp their envelopes. It enrages me. I have not yet had the courage to either toss it in the trash or hand it to the post master, telling him that this is the United States of America and we have separation of church and state and this building is all about state.
Our post master now looks to about seventeen and comes in and quietly does his job and then leaves. I have no idea how he'd react to me giving him a piece of my mind about the bible being there where it does not belong.
Perhaps I should just go buy a copy of the Koran and leave it anonymously beside the Christian holy book but the Koran no more belongs in the Post Office than the Bible does.

And so it goes, as May is about to turn into June and the edamames have busted through the dirt and it might rain this week. Time, which is so slippery and so devious is passing even more quickly than it did last year for me when it seemed that I went to sleep in fall and woke up in spring. I did go through my shirt drawer and gather my long-sleeved shirts and put them away in the Rubber Maid bin in my closet, leaving my tank tops and short-sleeved T-shirts. I hardly want to waste the energy. It will be cool again so soon, despite how endless these hot days sometimes seem to be as the crickets sing and rise in chorus and quiet themselves again.

Here we are. Thank you for being here too as another season makes its presence known onstage and dances swiftly across it to the music of those crickets, the shrill whistle of the hawk, the frogs' jubilant song when rain promises, the mockingbirds' tunes which proclaim their own domain, the Chuck Widow's Will when darkness falls.

I am not sure about where you live, but here it is summer.