A Day Of Firsts And Lasts

First attack of yellow flies. My ankles swelled up and itched so bad it was like torture. I walked through the house whimpering until the Benadryl took hold.
I HATE THOSE FUCKING BASTARDS!
I'd just been out picking green beans. Innocently minding my own green bean business when they attacked.
It was the worst yellow fly experience I've ever had and that's saying something. It's been hours and my ankles are still swollen and red. I'm not sure I'll ever go outside again. 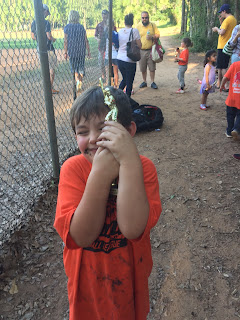 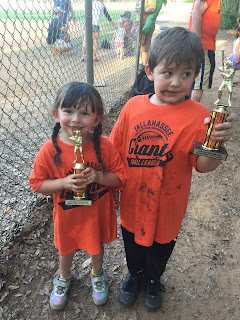 The end of the season cupcakes were obviously frosted with an icing that had permanent ink in it. At least the black ones. Lenore wisely chose an orange one. She delicately licked off all of the icing and gave the cake part to her grandmother. Gibson went for the black one. 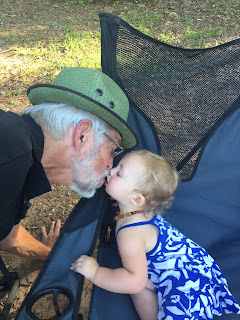 Not a first or a last but an eternal and precious sweet bond.