My Blood Sugar May Be A Little Low 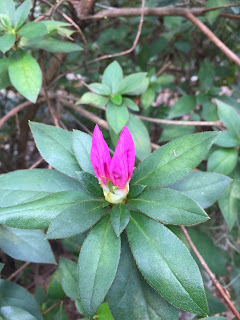 Well, there you go. The azaleas are about to come out. I know they already are in certain parts of the area but these are my own personal azaleas which are supposed to be waiting until March or April to bloom.
La-di-dah.
What can you do?

I took a good walk this morning and all is well here in Lloydville. Humid and warm and I thought I'd lost a CD on my walk but did not. I am so spacey these days that it's unbelievable. I got the CD out and never put it in my pocket but left it right there on the counter and when I got back and it wasn't in my pocket, I freaked. I actually got in the car and drove down to where I stop in the woods to pee and went and searched for it, thinking it might have slipped out during the process but it didn't and when I got back home, I found it right there where I'd left it.

So. Did you watch the Republican debate last night? Nah, me either.
Why the fuck would I do that? Not like I'm going to vote for any of them. Not like I wanted to puke. Not like I want a new TV enough to risk throwing a brick through the one I have or doing an Elvis and shooting the screen.
This country has gone insane. I've always been the sort of person who tries to keep things in perspective. You know- sure, we have GMO's but we don't die of the plague. Whatever. But in this case, I've lost all perspective. I'm sure you know why. I don't have to beat that dead horse except that it's NOT dead, is it? It's alive and well and moving through space like Richard Nixon Zombie, like George Bush Zombie, only worse.
I'm not even going to say any of their names. Not me, baby.
They shall remain those who cannot be named. If I have to look at one more picture of any Republican candidate, I'm never going to sleep at ease again.
Unmedicated at least.

Jesus Christ. How did it get to be almost one o'clock in the afternoon?
I have things to do, people! Floors to sweep and laundry to do and a kitchen to clean up and bananas to buy and a shower to take. 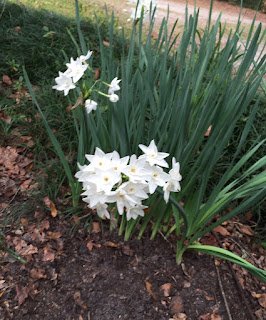 There. I've done my job.

Love you. Mean it!