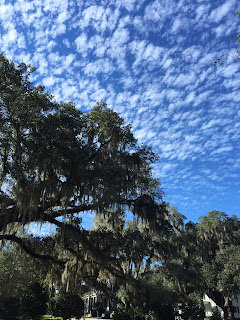 That was what the sky looked like when we ate outside at Fanny's today. Simply glorious.
The whole day was pretty darn glorious. We all held August a lot. 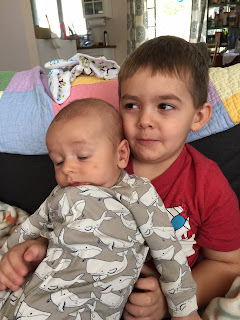 Right after I took this picture, Gibson decided he was done and very gently let August roll to the couch beside him. He didn't even whimper. Well, it was like six inches and it was a couch, not a tile floor. Big G might need to work on his baby-holding skills a bit before his sister gets here.

That was at Jessie's house as was this. 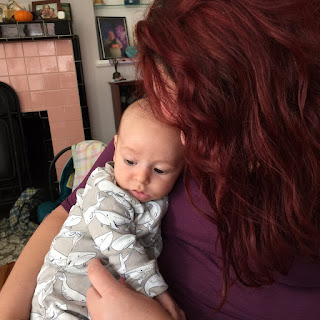 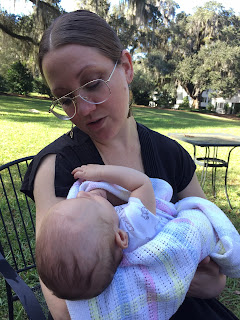 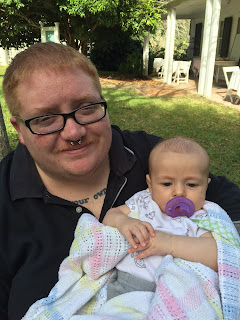 And it was just the best day. We got a little shopping done, we had our lunches, we went to Costco (some of us) and all through it, Gus was a perfect boy, barely fussing at all, getting his meals when he wanted them, getting his diaper changed, taking it all in and considering and pondering carefully, occasionally breaking out in a big old goofy smile and having a little chat with whoever was holding him.

We laughed so much.

We were downright... dare I say it? Merry. With that beautiful blue sky above us.