As far as I'm concerned it does no good whatsoever at this point to try and figure out where this storm is going to hit Florida and what it's path is going to be. Right now it looks like it's going to hit south Florida and then come right on up the spine of the state.
Tallahassee hotel rooms are filled to capacity and I hear that gas is scarce. Some people are in Tallahassee to ride out the storm, more are probably here to pause before heading to parts farther away. The word "gridlock" is being tossed around.

I wonder if Trump will be spending the weekend at Mar-A-Lago?
Hahahahahahaha!

Meanwhile it's a beautiful, relatively cool day here with clear skies and I need to take a walk and try and shake off some of this worry. We're all in the same boat here, so to speak, and won't really be getting much wind or rain until Sunday, most likely.

I'm going to need more beer by then.

Thank you to everyone for your concern. This is just living in Florida and by golly, I lived through one of the worst hurricanes in history when I was six years old and have survived plenty since then. This is not to say that if given the choice I'd never sit through another but unless I decide to move to another part of the country that's not going to happen. Plus- if it's not hurricanes it's earthquakes or forest fires or tsunamis or tornados or... 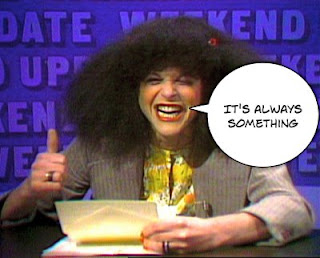