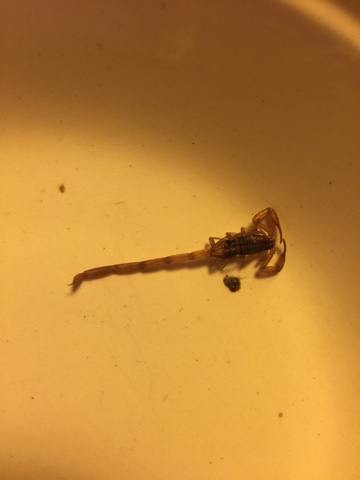 In all truth I found that dead scorpion yesterday and honestly, the scorpions we find here will not kill you unless you're allergic to them. Their sting just hurts like hell.
Just another one of the charms of Dog Island.
Also? 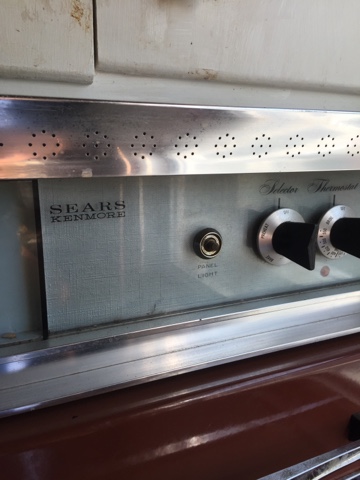 The old baby-poop brown wall oven which I've baked a million biscuits in over the years despite the fact that the top elements have never worked has now gone completely upside-down and the top elements work fine and the bottom, actually operational elements, have quit working.
Can you broil biscuits?
No. No you cannot.
Anyway, the bay which looks so enticing and lovely from the house is, in reality, the color of coffee right now, warmer than body temperature, smells pretty stinky and has great pods of some sort of grass floating in it. We did actually go and get in it but it was just not that pleasant. ("It's like trying to swim in the fucking Sargasso Sea," I said as we tried to relax and enjoy ourselves.) And when we got out we rinsed off in the hose water which is only slightly less offensive in sight, temp, and odor but which hopefully does not carry within it the flesh-eating bacteria which the bay probably does.
So. Why don't we just go over to the Gulf which is less than a half mile away?
Well. I will tell you. It's because it's so fucking hot that even the idea of getting in the car and driving over there, parking, getting out and walking the ten yards to the beach is just...not...acceptable. Plus then we'd be in the direct sun and I doubt the water over there is that much cooler. Maybe we'll check that out tomorrow. If the battery charger works and the car will start. Because I will tell you right now that I am not about to WALK over there. That would be suicidal.
Ay-yi-yi.
At least I've had plenty of time to read which has been heavenly and the fact that we are just about the only insane assholes on the island means that clothes are completely optional, not that I'd walk around naked even if no one was here but me because even I (especially I) just don't need to see that.
All of this is not to say that I'm not having a good time.
I am.
It's just weird to be so lazy and sedentary. I'm having a good time with my husband although I'm not so sure he's having a good time with me. I keep trying to talk to him about Cuba because I finished that book and have found some extremely interesting blogs written by Cubans and also, I just beat the shit out of him at cards which NEVER HAPPENS, EVER and no fish are biting when he does get the energy to wade out into the surf.
Plus- no biscuits.
Oh well. Just one more day in Paradise. It could be so much worse. At least the only things we've been stung by are biting flies and not a sting ray or jelly fish.  And I'm about to go cook some shrimp and make some coleslaw and cheese grits. Also?
Vodka.
And air conditioning.
All right. That's enough for now.
Your Honest Reporter From Dog Island, Florida...Ms. Moon 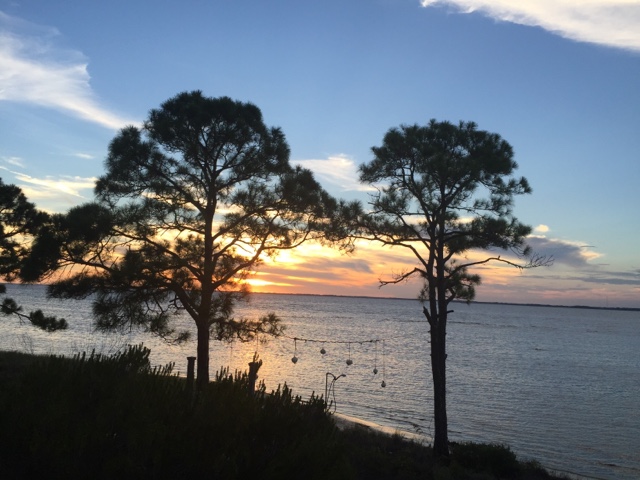