I Don't Know/I Do Know 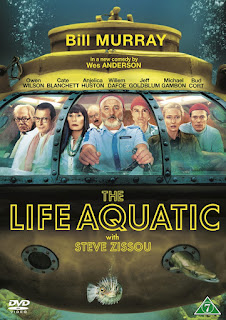 I've been very slow and domestic today, attending to this and to that and I sat down on the couch with a small rug to repair and turned on the TV to watch as I worked, tacking the back on which had come unraveled in the wash. It's just a rug I got at the Goodwill but I love it, one of those Chinese wool ones and I stand on it when I brush my teeth and it feels good beneath my feet.
Anyway, I got to catch the tail-end of The Life Aquatic with Steve Zissou which is one of those movies that I love so much, so much, that when it appears before me, I watch it. Was there ever a better cast? Bill Murray, of course and always and Jeff Goldblum whom I've been in love with forever and Anjelica Houston who is a goddess, a stone cold goddam goddess, and Owen Wilson and it goes on and it goes on and if I ever got to meet Wes Anderson I would say thank you five million times for that movie alone, and if I had another four or five thousand hours, I would start in on thanking him for so many other movies I have loved that he's made with such tender-heartedness, such awareness of human frailty and sadness, such belief in beauty and color and story and music and all of it.

I would do that, if I met him.

I went out to the garden and picked some more peas and also green beans which seem to be as tenacious in their living as anything I've ever planted and I got bit by ants, speaking of tenacious, and right now I'm listening to this on my phone. 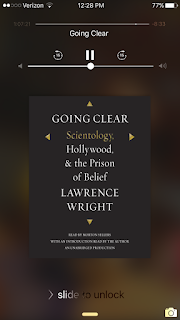 And dear god if L. Ron Hubbard wasn't at the very opposite end of the human spectrum as Wes Anderson, I don't know who was. I'd say "bless his heart" because someone needed to but I just can't bring myself. I am not Jesus, y'all. It reminds me though, listening to this book, that mad men throughout history have been able to convince so many that their own particular madness is a truth and which has spread and infected millions.
I think of Donald Trump and grow weary at the thought. It would be plain funny if so many weren't affected in such horrible and soul-crushing ways.
What is it in the human make-up which wants to believe that there is a savior? That someone, or rather Someone, can save us from our pain, our fear, the very idea even of death?
I'd so much rather believe in a someone who can create art which, for a moment at least, can lift us above the pain and the fear, can make us feel as if in sharing those things along with the undeniable beauty which does surround us and does indeed live in us, as if we were not alone and that there can be reason to love and to laugh.
Sometimes. At least.

This all sounds so trite.

Well. It may be. But at least it's not completely ridiculous and based on lies and on hatred, whether of others or of ourselves. 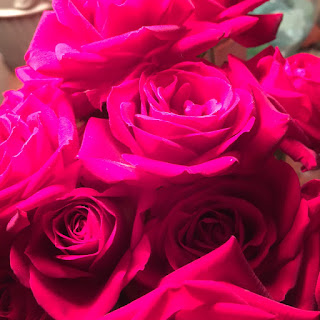 No filter, y'all. Just the picture that appeared when I snapped the iPhone camera.

I also do know that the flooding in Louisiana is unbelievable and I cannot even begin to take that in. And that life knocks me out, over and over again in all ways and that not one day goes by that I am not completely bowled over, knocked out, made humbled.