Y'all. I'm just not feeling up to much of a post this evening. Everything's fine. We had sweet visitors this morning for pancakes. 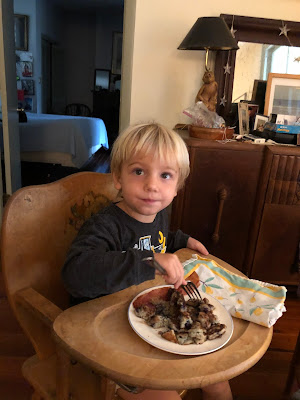 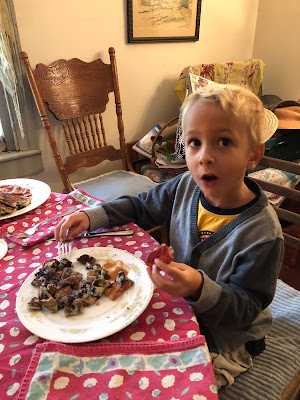 I kept telling Jessie- I am making way too many pancakes. I am making enough pancakes for four hundred people!
And she kept telling me- I don't think so.
There were two left when we were done. I can't even tell you how many August ate. Like...seven? Nah. Probably only about five. But still.
And Levon ate a bunch too. They were hungry for pancakes.
There was Wii playing with Boppy, and Mermer read books. Jessie trimmed my hair for me and then she trimmed her daddy's. She probably cut at least six inches of mine off and I am so glad. It's been way over a year since mine was cut and it was ridiculous. And then she helped her dad clean off the deck between the house and the old kitchen. I cannot tell you how happy I am about that.
Anyway, it's getting late and I need to bake bread that I started last night and I've thawed and peeled shrimp for gumbo and I need to get on it. I'm pretty much exhausted. Not from doing much, I assure you, just life in general.
Here's another picture. 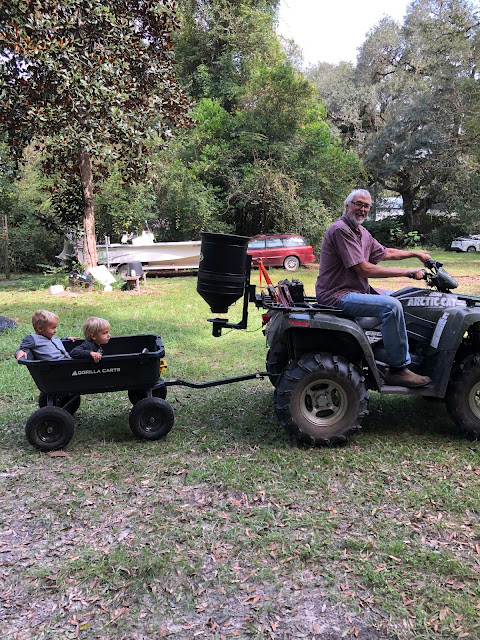