Take Me To The River

When we got to the river, Boppy told Gibson that he could be the captain. Gibson took this quite seriously and was somewhat offended when Boppy would not sit in the mate's chair and let him drive the boat all by himself. 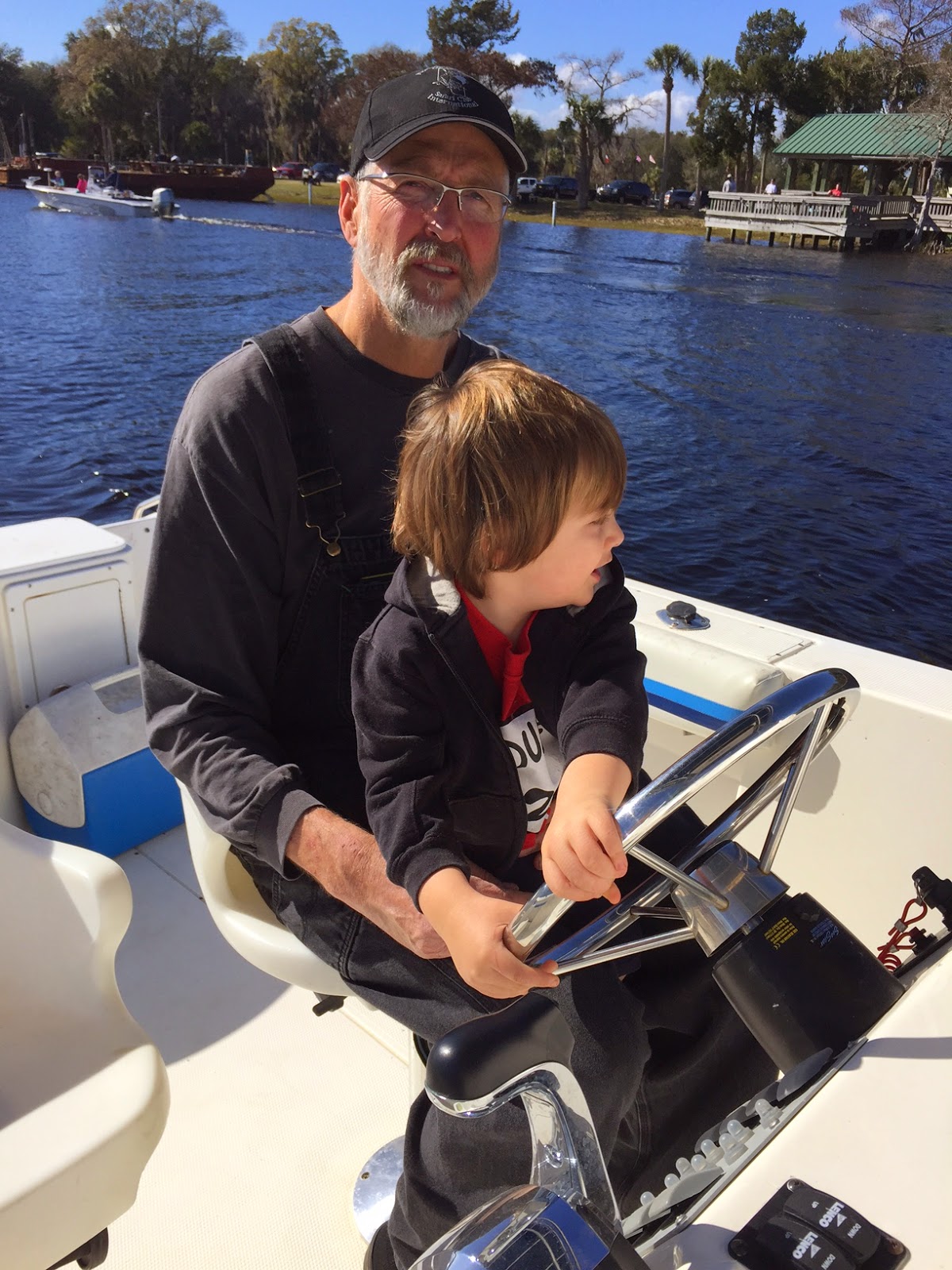 He got over it.

It was a beautiful day on the river. We saw turtles and lots of birds. It was warm enough but certainly not hot. We waved at everyone. 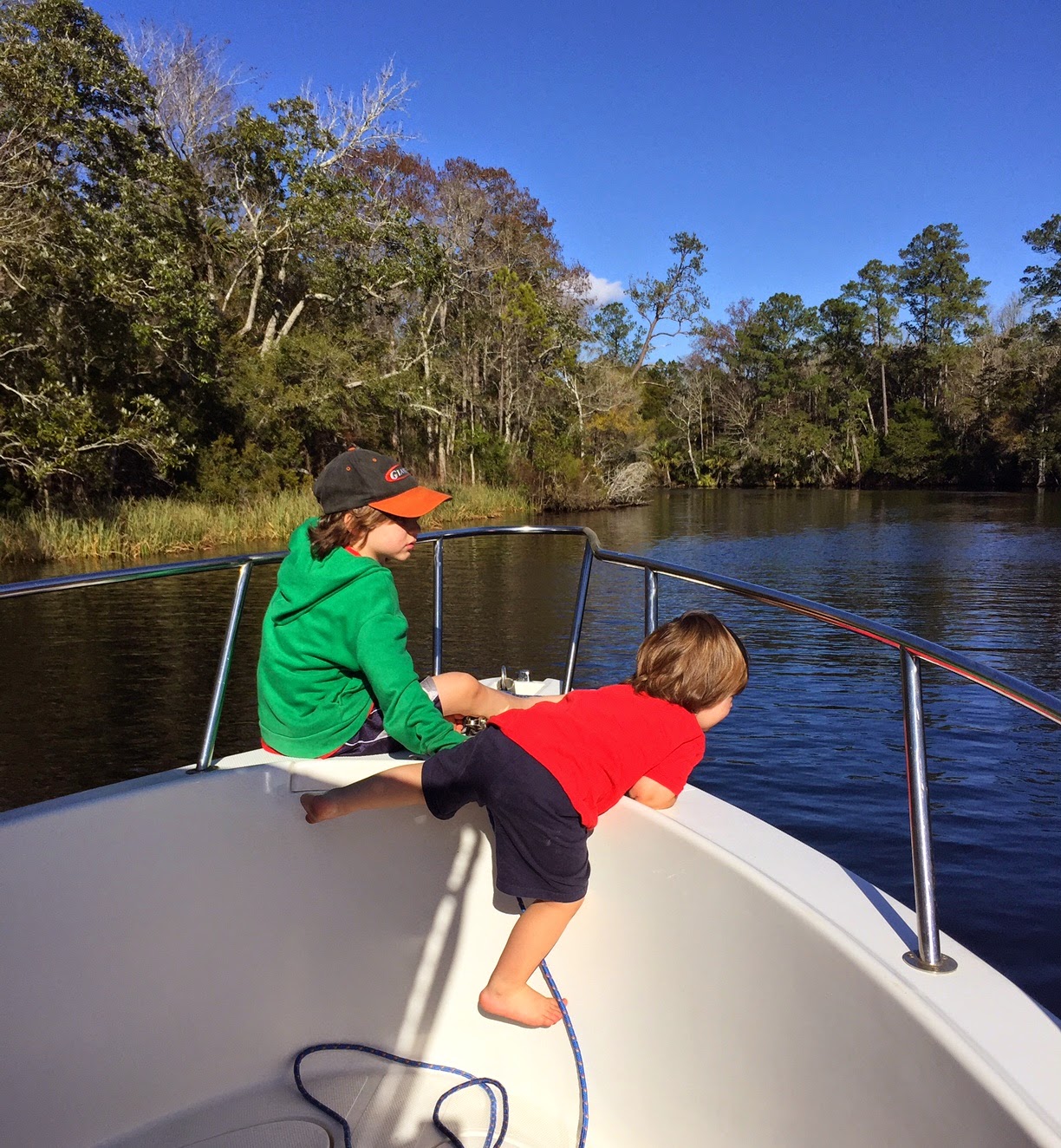 Monkey boys. Gibson likes to say, "Ahoy, my lady!" When we went to get on the boat, I told him that he had to say, "Permission to come aboard!" He was already scrambling over the side and said, "I want a board!" Ah. Almost three-year olds.

Owen and Lily did some jacket sharing. 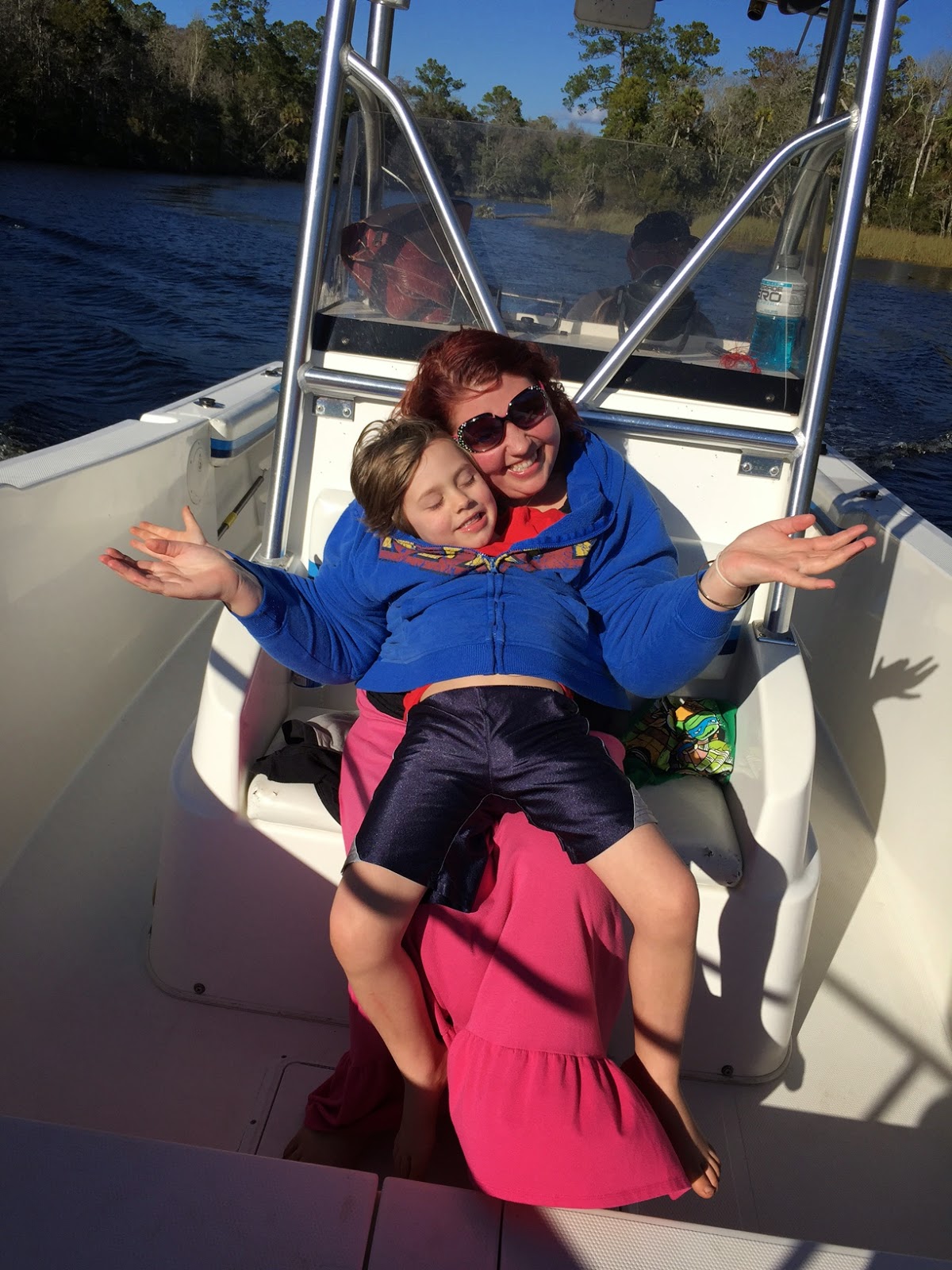 That involved a lot of giggling. Those boys love to cuddle and snuggle and wrestle with their mama. She has always and will always remind me of a mother bear with her cubs. Such a good, good mama she is.

Here's my handsome man, trying to untangle some line. 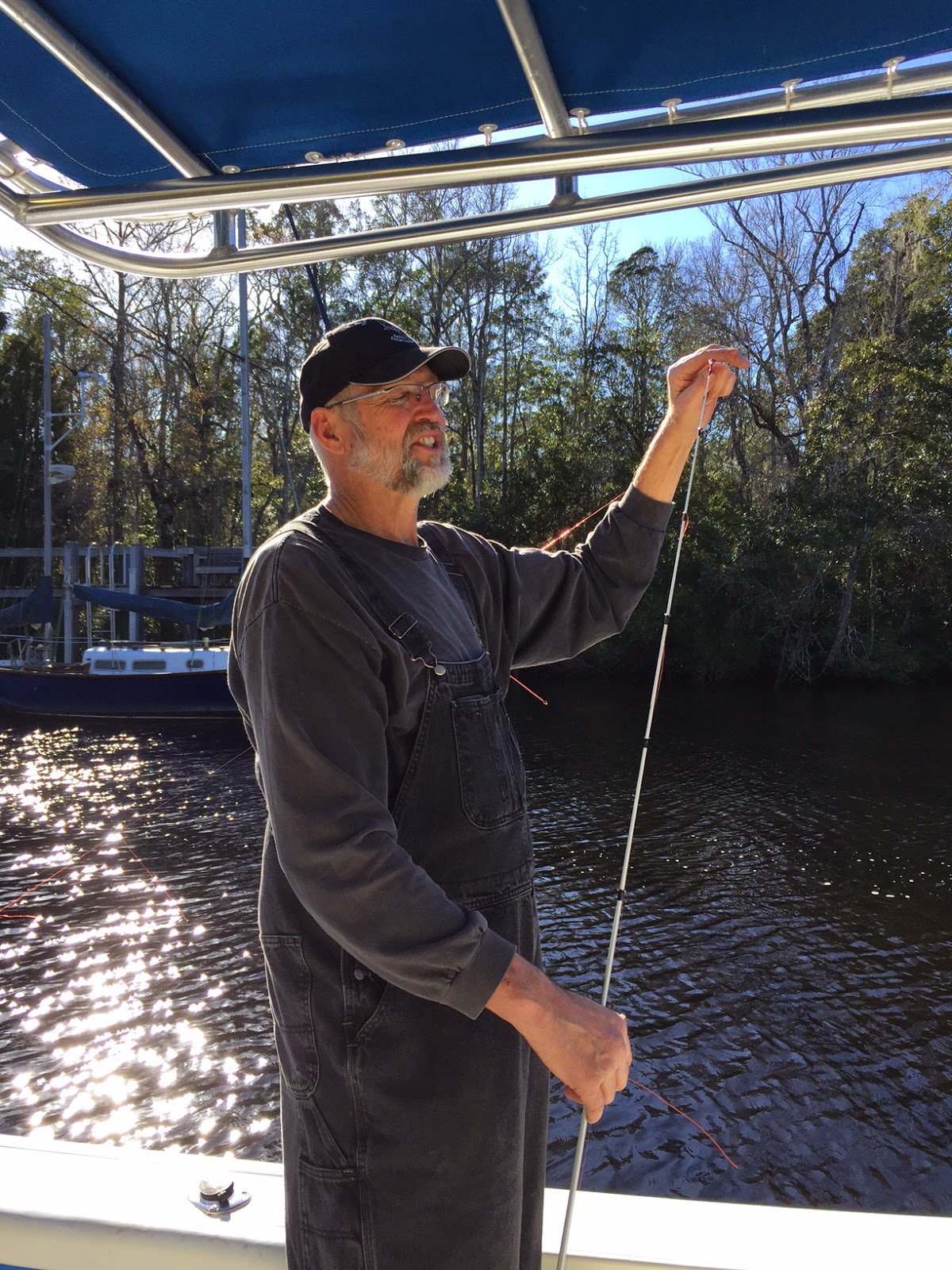 No fish at all were biting and no one we passed on the river reported any catches either. Oh well. There's always another day.

It wasn't a long trip but it was long enough and when we got home I raced to finish up the soup I was making for the folks across the street and I made some biscuits too. When I called to tell them I was bringing it over, I found out that Paul's sister had died a few hours ago. In peace and easily.
Bless, bless, bless.
We took the soup and biscuits over and gave and got some hugs. I told the family that it was a fine tribute to their care and love that she had gone on when she'd said she was ready. May we all be so lucky. And what a beautiful day she chose on which to die! Spring-like in every way. A sunny, blue-skied Sunday with the air a tea-olive perfumed balm. She wanted to come home to die and she did and her family and oldest friends were with her. They are all taking comfort in each other and in that holy peace which can only be felt after a good death.

A good day to go out on the river, a good day to head into that other place where we all shall go.