Not Your Normal Sunday Although Pancakes Were Involved 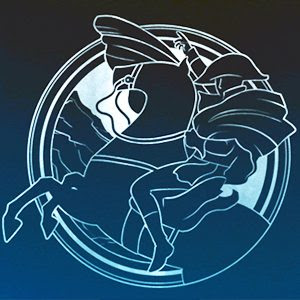 It's only a little after one in the afternoon and I've already made a lovely pancake breakfast for the family AND...
Auditioned for a film maker.
(Yeah, that's me, blowing on my nails and polishing them on my bosom.)

Okay, okay. It happened like this:
Our dear Marcy who plays with us at the Opera House actually explores acting possibilities and she met and auditioned for a local film maker named FC Rabbath.
YouTube him, babes. Or just click on the picture above.

He does very short, no-budget-whatsoever films and uses the local talent. Some of it is actual real talent of actual real actors but I guess he's always looking for people who might possibly want to work in front of a camera for free. So Marcy sent us all the link and Kathleen and I loved the idea and I told her to call him and if she went, I'd go too, not thinking that she would call him that day and that we'd be auditioning today. Because this was like three days ago that we had the conversation.
And at first I was all, But I have to make pancakes and blah, blah, blah and then she's like, Look, I have CANCER! which she keeps doing. She's going to wear out that damn cancer card before she even gets a complete diagnosis. But. Whatever. Use what you have, etc.

So she woke up this morning pain-free and raring to go and came over and ate pancakes with us and then we left, airily saying, "Oh yes, me must go audition for a film maker," and left the dirty dishes behind.
Because. You know. That's important stuff.

And we had such a good time. I wasn't nervous at all because I had no expectations of any sort. We did a few scripted things and then some improv and my favorite part of that was when he asked me to be an older Southern Woman. What a stretch! Right?

And he said he'd call us tomorrow and could we be available to shoot next weekend?
So, maybe. Who knows?
It's just fun. He shoots fast and he works fast and it seems like it would be a hoot.

So now I'm already home and Brenda and Mr. Moon are doing something together having to do with a car on two different computers and here I am. I have no idea what we'll be doing today. Not much, I'm assuming. I was disappointed when I got home to find that Mr. O had already gone home. Dang. He had his first pancake breakfast at Grandmother's and he sat up in that highchair and ate pancakes and bananas and then we set him down and he walked his bandy-legged little drunk-walk around the dining room and my heart swelled up with the joy of him. I swear. He has me wrapped around his tiniest finger, crushed completely under his thumb, and I spoil the living crap out of him and I can't help it and that's all there is to it. I'm sorry I talk about him too much but I simply can't help it. It's like when you first fall in love and every conversation somehow ends up mentioning (at least) your new beloved no matter where the conversation started. It gets steered to the place where your love can be mentioned and just saying his or her name makes your arms ache for them, your heart yearn for them and it's torture and it's joy at the same time.

Okay. Okay. I'll shut up. But when YOU become a grandparent, you'll know what I'm talking about and you'll remember this and you'll think, "Shit. She was right."

If you want to see the video that Marcy was in, go to http://www.youtube.com/user/fcrabbath?blend=2&ob=1 and click on Modern Gods. She plays Hera.
And maybe someday I'll be on YouTube.
Although, when I think of how much the STILL camera hates me, I sort of get the willies and a real bad feeling when I think of what the video camera will feel about me.
This could be a REAL short career if it even begins.

Oh well. It was fun just to go play with Kathleen and some other folks I enjoyed meeting. A fine thing to do on a Sunday after you make and eat pancakes with the people you love.