Fun With Maggie As Well As Beauty Secrets And Political Theories 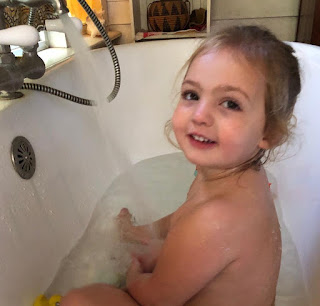 Ms. Maggie and I had a very fine morning and early afternoon.
She loves dance so much now which makes me happy. While she was in class I got to chat to one of the mothers whom I have really come to like. She's so down-to-earth and easy to talk to. She's one of those people who looks like she has it all together and I'm sure on many levels she does but she freely admits to the things she finds so difficult about being a mother and I love that. Being a mother is just damn hard on most days.
Well, all days. Some days are just harder than others.
Another couple was there with their son who's in the class. The mom called her mother and I could not help but overhear her talking although, unlike David Holmes who could hear Trump on a phone call to Sondland due to the loud blustering blah-blah of the man, I could not hear the mother's part of the conversation. They were discussing Thanksgiving and the young mother told her mother that she'd pulled a conversation she swore they'd had "out of her ass." Which made me laugh inside. But the best line was this: "I get no joy from baking a turkey."
By the time the call ended, I was pretty sure that Grandma will be bringing the turkey.
I wonder if she gets any joy out of baking a turkey.
Luckily, I DO. I know, I know- it sounds weird but I just love that part of Thanksgiving. Making the cornbread for the stuffing the night before, making the stuffing the next morning and filling up that artificially huge bird with it, putting it all in the oven and just waiting for the kitchen to start smelling like Pilgrim Heaven.
Haha!

Anyway, after dance Maggie and I went to Publix where I was told by a woman who works in the Deli what Maggie always gets (popcorn chicken) and I let her get a juice drink in a Minnie Mouse bottle which is going to be the straw that broke the camel's back of environmental plastic, and some gummy bears from the bulk bins.
Then we got in the car and headed to Monticello where we returned a library book and got to see and talk to Terez briefly. I miss Terez.
And THEN we went to the Winn Dixie. I was on a mission.
To get some of this: 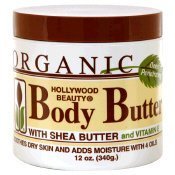 In the winter I keep a jar of that in the shower and after I've turned off the water and before I've dried myself off, I rub that stuff all over my arms and hands and face. BEAUTY SECRET OF THE STARS!
It's a wonderful product. It is light and absorbs like a dream and makes my skin feel as soft as my skin is going to feel and it smells delicious but not heavy.
And it's so cheap.
I've found it in two places- the Monticello Winn Dixie and Amazon. But when I went to look it up on Amazon a few weeks ago because my last year's vat is almost completely empty, I discovered that they're not making that exact kind any more. They're making a vanilla scented one and in the reviews, it doesn't seem as if people like it as much.
So. I've been meaning to get to Monticello for awhile now and today was the day. I searched and searched the shelves and finally found it. They had two jars of the new vanilla scented one and one of the original. Who knows how old it is?
I do not care. I bought that jar and one of the vanilla ones which, when I got home I discovered didn't smell that bad. Lily said she'd take it if I didn't want it so I gave it to her.
Meanwhile, I am so happy although also, sad. What if I bought the last jar in the North Florida/South Georgia area? What if I bought the LAST JAR ON EARTH?
Well, what if I did?
Lucky me.

And then Maggie and I came back to Mermer's house which is where Maggie had been wanting to be since we left dance. She immediately wanted food, to see if there were any eggs, juice, to play with toys, and to take a bath. As you can see from the picture above, a bath was taken. She was so happy. I do have an excellent huge tub. Isn't she a beautiful child? I sent the picture to Mr. Moon and he texted back, "Little Lily eyes."
It's so true.
We also checked for eggs and she played with some toys and she rode the rocking horse. In fact, I have a terrific and joyful picture of her doing that but she was stark naked and not at all modest and so for prudence sake, I won't post it. This was after the bath and I kept trying to get her to put her clothes on. "You're cold, you're cold!" I told her, realizing all the while how silly that was.
Eventually I did get her dressed and I was just about to scramble her an egg when Lily and Owen got here. They'd had a good time at the field trip although Lily had a bit of a fall on the skating rink. She said she was doing surprisingly well until the last circuit around the rink when she got over-confident and decided to do a little dance.
I'm just incredibly impressed that she can still skate.
Well, rollerblade, actually.
She seemed okay but I have a feeling that she's going to be in big pain tomorrow.

I made Owen a cheese toast and scrambled Maggie's egg. She ate it all up in about two seconds although Owen only ate half his sandwich. His mama ate the other half.

And then they left and despite all I needed to do, I decided instead to take a nap which I haven't done in forever. I slept so hard.

I didn't get to listen to all of today's testimony but what I did hear was absolutely more corroboration of the original whistle-blower's statement with even more details. Seems to me that this all leads directly back to Putin and I swear to you- I do believe that he has damning evidence against Trump whether that be pee-pee tapes or some sort of proof of illegal financial dealings.
Meanwhile, Devin Nunes and Jim Jordan are twisting and turning and biting their own asses like insane snakes and refusing to back off their ridiculous conspiracy theories and accusations towards the Democrats that this is ALL nothing but a carefully crafted story made up to further the witch-hunt of an impeachment.
You know they can't really believe that. And yet, like a dog defending a junk yard of worthless trash, they refuse to back down at all.

I really can't believe what I'm hearing from them and yet...it's come to the place where I can.

Well, Lis will be here tomorrow. I am so happy about that. They're singing next door at the church.
Time to cook supper. I've already made a sort of cranberry and apple chutney to go with the venison back strap I plan to cook. 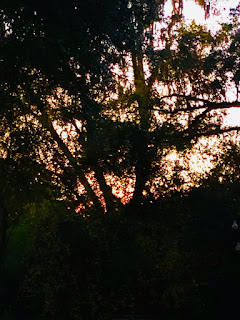