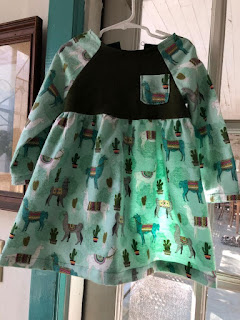 Mr. Moon got home a little early tonight. A friend was coming over and they are going to an FSU basketball game together. As he changed into his garnet shirt (gotta show your support!) we chatted about our days. I told him, "I got so much done today!"
"What'd you do?" he asked.
I started out enthusiastically. "I finished Levon's dress and I cleaned my bathroom and our old bedroom to get ready for Lis coming..."
And then that was all I had.
It sure didn't sound like much, did it?
And I can't even say I did anything like a DEEP clean, whatever the hell that is.
Okay, so I also took some trash and went to the post office and cleaned the hen house and washed sheets and blankets and rugs and ironed some.
But 75% of the house is still in its usual umm, let's say comfortable state. I mean, I do try to keep the chicken shit swept off the porch. Last week sometime I read an article online about a little child whose parents had called the police because they hadn't seen her since the night before. This was sometime around noon. They did find the girl not too far from home but she was barefoot and under-dressed for the chilly weather and it was not a good sign that her parents hadn't realized she was missing for over twelve hours so they went to the house to investigate and what they found was pretty horrifying. Nastiness everywhere which I won't go into detail about but one thing that stood out to me, personally, was the report that there were "chicken feces" on the porch.
Uh. Yeah. And I have chicken feces on my porch too. I mean, I do clean it off but I'm not obsessive about it. For some reason chicken shit just doesn't offend me that much. I don't want it in the house and I don't really want it on the porch either but until Mr. Moon does something about the screen on the back porch, it's just going to happen. And the kitchen porch, tiny as it is, has no screen of course and there's almost always chicken poop on it as well as potting soil that the same chickens who poop scratch out of the pots of plants looking for worms.
Worms? Hell. It just keeps getting worse.
Anyway, yeah, I live in Dogpatch. Or as we call it, Lloyd.
In my defense I do not have a washing machine on a porch nor do I have the back seat from a van on the porch and my bathrooms are usually pretty clean and you don't stick to the floor when you walk across it and I never leave dirty dishes in the kitchen overnight and, well, I guess that's about all I have in my defense.

Lis won't judge me and even if she does, she'll keep it to herself and sigh.
I'm so glad she's coming. She's playing at the Blue Tavern Saturday night so I suppose we'll be going out to hear her. The last time I went out at night to hear music was when she and Lon played there so long ago that it was also cold. Lon isn't coming because he's got recording to do but their good friend Jim Quine is going to be there. He's one of the musicians that went to Cuba with us and I'm looking forward to seeing him. He's a very interesting guy and a fantastic photographer.
Besides playing on Saturday night, Lis is also going to be taking her cards to a local Florida museum to see if they're interested in putting them in their gift shop.
I'm betting they will.
Did I mention she's an award-winning songwriter too?
What's up with the way talent is so unequally distributed amongst the populace?
Huh? It's not fair.
Like, oh, let's say people who can play violin and write poetry and also are artists?
While others of us are like, "Well, I'm a pretty good cook."
Which Lis is also and so is the aforementioned violinist/poet/artist.

Hoo boy! You should see the way I can clean the chicken shit out of a hen house! Uh-huh!

I've been pretty content today and quite happy in my little role as a haphazard housewife. That would make a good book title, wouldn't it? "The Haphazard Housewife."
Feel free to write it.

And tomorrow I'll be venturing out into the world a tiny bit. Lily went crazy last week and volunteered to chaperone two field trips for the boys on the same day. I offered to help with one of them but Jason's going to be able to take time off work but then Lily realized that Maggie has dance tomorrow too so I'm going to be dance grandma and then take care of the little curly-headed Boss Of Us All while Lily goes to the skating rink with Owen's class to learn about the science of...something. Speed?
Motion! That's it!

Well, I guess that's about it. I did listen to Gordon Sondland's testimony all day long as I went about my housewifely chores. Here's what I have to say about that- I bet he's really regretting that million dollars he donated to Trump. Or bought tickets to the inauguration with or whatever.
Just about my favorite part of the whole thing was when someone asked him what his response was to Trump saying that "he hardly knew him."
"Easy come, easy go," Sondland said.
Haha! 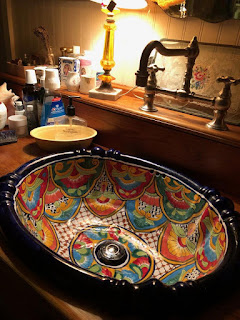