It's been a funny day today with both good and bad. I was outside, trying to set up a sprinkler for the little flower bed beside the kitchen when a car drove through the gate and into the yard and I had no idea who it was. I watched, the sweat pouring from my face and down my back, as a woman from Tampa I've known for a long time stepped out, or rather, BURST out of her SUV, her face all light and angles, her small and curvy and compact body as filled with life as anyone's I've ever known and we hugged hard. She smelled of patchouli and good hippie things, clean and woody and I said, "What are you doing here?"
She is on her way to Las Cruces, New Mexico, taking a road trip with her dog, Atticus, and when she got to the Lloyd exit, she just got off and came to see me.
Michelle introduced me to Atticus, a small brindled French bulldog, as quivery with life as his mama. I knew about Atticus from Facebook and said, "Oh, this is the dog your granny loves!" My favorite Michelle posts are the ones she does about her very old granny whom she loves with all of her heart and visits every year or brings her down from where she lives to stay for awhile in her house.
We let Atticus pee and poop and take notice of the chickens and then came in the house and chatted for just a very, very few moments. Michelle had a conference call she was going to take on the road and had to go but just her taking the time to stop meant all the world to me.

I took some clean laundry back to Lily's after that along with some green beans I picked and visited with the boys a little and got some sugar off that little ball of joy known as Magnolia June. It started darkening up in the sky while I was there, thundering and threatening and when I came home, it came a little storm and the temperature dropped tremendously and I opened up all the doorways and windows to let the coolness in. 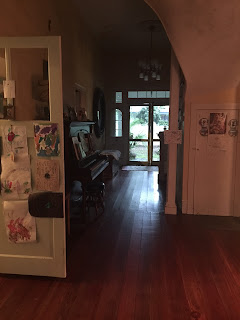 When Mr. Moon got home, he pointed out that we have TWO rooms with air conditioning upstairs, window units which haven't been used in years, and I boggled at the realization that we had not even considered this. We've turned the one in Jessie's old room on and if it works, we may sleep up there tonight. It's not so bad now really, downstairs, and frankly, it's probably good for us to be reminded of how people used to have to live and this house was built for no air conditioning with its high, high ceilings, its central hallway. And we have fans!

Anyway, we'll sleep tonight, one way or another and for some reason, the boys have it in their heads that Boppy and I need to come and spend the night with them soon, vowing and declaring that their couch is very, very comfortable. I am sure they're correct about that, but mostly if you're a small boy, not an old and achy grandparent who has been spoiled by the bliss of sleeping on a Tempur-Pedic mattress.

In real news, Facebook is lit up with the seeming execution of a man named Alton Sterling by the police of Baton Rouge yesterday. I haven't watched much of the videos because I am trying to stay sane. When will our country admit to its sickness when it comes to race? When?
I want to say that thing we say so often now which is, "I can't..."
But that's a complete cop-out. I can't what? Wrap my head around it? Believe it? Stand it? Tolerate it? Let it continue to happen? Judge the police because I don't know what it's like to be in their shoes? Not feel like puking?
Yeah. Yeah. All of that.
Meanwhile, yet another black man (this one with five children) has been killed by police officers and what is it going to take to end this madness, this war on African Americans, this constant solving of perceived threats with shoot-first, shoot fast mentalities?

I don't know. And maybe it's the heat and maybe it's the crazy storm we had where the wind whipped the trees into frenzies and the doors of the house slammed shut and magnets and the things they held on the refrigerator flew into the air and maybe it's the moon or planets or simply the fact that it's the high season of summer in the south but it all feels a little crazy to me, both the good and the bad.

Here is salving for my soul: 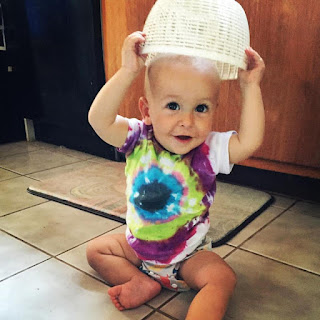 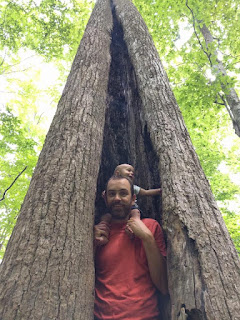 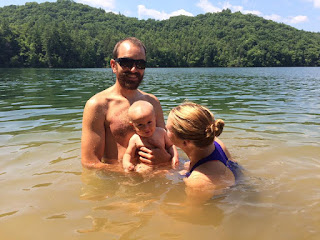 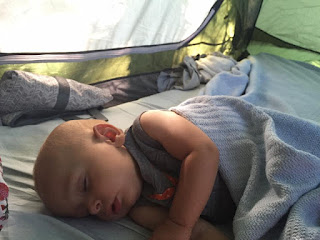 Did I post the one already with August playing with the salad spinner? He took a paddling/camping trip last weekend with his parents in North Carolina and on July 20, his grandfather and I are going to travel up to see him because I really can't stand to not see him for much longer and besides, Mr. Moon and I need some time together to remember who we are and why we are together in the first place.

It's summer. It's confusing. It's too hot to think and unfortunately, not too hot to feel all sorts of ways but there is fresh basil and by god, I'm going to go pick some and we will eat it tonight and that's about all I know for sure.

God, y'all. Let there be peace.