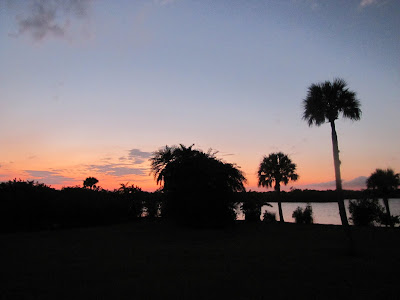 Back story:
When I was a little girl I lived in a tiny village named Roseland, Florida. I ended up there when my mother fled my father who was a bad drunk who had a gun and was threatening to shoot her and my little brother and me. She brought us to Roseland where her mother and father had retired because she had nowhere else to go.

Roseland was Nowhereville, Florida. It was perched on the Sebastian River and there was jungle and wild mango and palm and cedar and rattlesnakes and even wild cat.
It was crazy beautiful.
And that's where I spent my years from age five to age twelve.
The very best things that ever happened to me and the very worst things that ever happened to me happened in Roseland.
And that's where I am right now.

Another bit of backstory:

Roseland was mostly a fishing village. Fishing, as in men who supported their families by going out on the Indian River and in the Atlantic Ocean and bringing in what they caught. They slept most of their days because they went out at night and when they got up in the late afternoon they mended their nets. It was a hard living and I went to school with their children and sometimes those kids were beat up by their old men or put out by their mamas if they got skunk-sprayed and I am talking about nine year olds. When I was growing up, if you were nine, you were old enough.

My mother got a job teaching third grade at the local elementary school, mostly because she went to college. No one cared that her degree had nothing to do with education and no one cared that she was suffering from bad depression and probably PTSD. PTSD hadn't been discovered then. This is not to say that people didn't suffer from it. They did.
Also, no one talked to children to explain to them why they never would see their daddy again. Or why their mama cried all the time.

It was here that my friends and I went through the rusty iron gates to discover the ruins of an estate and a pool with four lions at the corners, overgrown and mysterious and which I dreamed of my entire life.


It was here, also, that I was first abused by the man whom my mother married who was my stepfather. He has been gone so long that I can barely see the outline of his ghostly presence, even though his evil still taints my blood. But not enough to taint my happiness at being here. He is nothing to me here. He is not here at all.

But I am, all these years later, here I am again and I am so happy to be here.
Staying in the little pool house which overlooks the cement rectangle which was that ruined pool, the lions still in place, 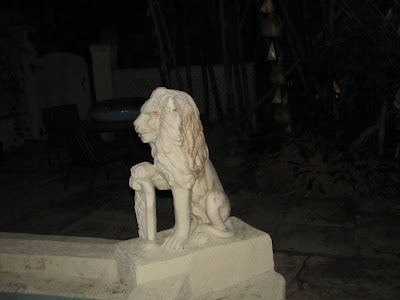 the pool patched and full of turquoise water, and the little house the most charming of places you can imagine. 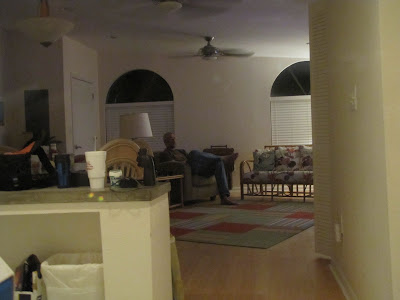 The river lies right down the yard and there is a dock, and the dirt road I walked and rode my bicycle on as a little girl is right here, still made of white sand and believe me- it is as enchanted and enchanting as it ever was. There are islands and there is the Henry Flagler railroad trestle and the trains still pass over it and there is jungle and the sky still bruises itself with heavy clouds and the bamboo by the pool clacks in the wind and the white moon rises and lights up the sky over the river and here I am. 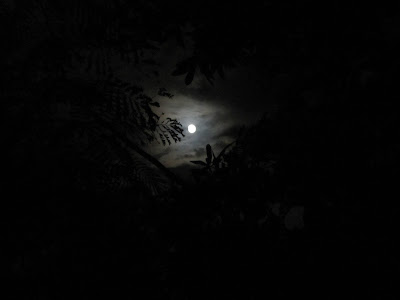 Unbelievable.
Fifty fucking years later and this little place on earth is almost, impossibly, the same.
I told you it was magic.
I wasn't kidding. 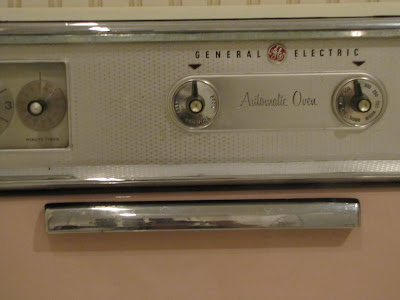 The little pool house has been restored and rejuvenated and redesigned and decorated and made lovely. The property has been cleared and planted and tamed and set wild in a gentle way.

The river flows on. The village looks incredibly the same while a half mile away, the area has mushroomed with Publix, Walmart, Radio Shack, ETC, ETC. but right here, the heron, the egret, the hawk, the mullet, the tarpon, the shacks, the water, the hibiscus, the palm, the pool...
are all right here.

And this is where Mr. Moon and I are for the week.

And I am so tired right now and need to go to bed in the bedroom in this little cabana house that I saw as a a child and thought, "What sort of place is THAT?" and nothing answered me but the No Trespassing Sign, the clanging iron gates, the abandoned lions guarding the huge pool, now bordered by bougainvillea, palm, and bamboo, tranquil as the moon.

Coffee in the morning by that pool.