Dear god but it's been a boring day for me. There's not even any dross to spin dross with, much less gold.
It was another beautiful day and I had no real plans for it when I woke up. A neighbor called me pretty early. She and her husband had run out of gas for their stove (and heater and hot water heater) and she had to bake a dessert to take to a party tonight. Could she use my kitchen?
And take a shower.
So, yes, of course, of course. So I ate my breakfast and cleaned up the kitchen and she came over and started a lemon tart with an almond crust and something about the recipe was screwy or maybe many things about the recipe were screwy and after an attempt at baking the crust for that she decided to try something else and made a beautiful orange cake that smelled delicious and well, that took a lot of time.
I wanted to stay out of her way for the most part and so I took my trash and went to the post office and cleaned out the hen house and did a bit of weeding in the garden and watered the porch plants and I swear to all that is holy- THAT WAS IT!

Okay. I lied. I also took a nap late this afternoon because doing almost nothing is exhausting.

So. What do you want to talk about?

Here's something I've been wanting to discuss for awhile- the fact that the new, giant CMX movie theater by the Costco which has a full bar, a restaurant, totally relaxing reclining seats and the requirement that when you purchase your ticket you have to reserve a particular seat which supposedly you are then obligated to sit in, no matter what, even if someone with a head the size of a bull mastiff's perched on a body the size of the Hulk is sitting directly in front of you in the only other occupied seat in the entire theater, yes, that CMX Cinemas place which I have been to twice, once with Owen and Gibson to watch the terrible Winnie The Pooh movie about Christopher Robin, but that's not what I want to talk about- does not have a marquee in front of the theater telling you what movies are showing.
Now. I realize that I can simply look that shit up online. I'm sure there's an app for that. You can do anything online. You can buy your ticket, reserve your seat, probably order your damn popcorn, Jr. Mints and glass of Chardonnay if that's your pleasure. Okay. That's fine. That's modern. That's good.
However, there are people like me, I feel almost sure, who are not regular movie-goers but who may drive by a theater with a marquee, see a movie listed that they may have read or heard about which piqued their interest and think, yeah. I'd like to see that!
And then used the online function on their giant, handy Jitterbug phone to check out the times it's showing.
Right? Am I right?
Probably not. I'm sure they've done the research and have found that it's not cost effective to put up the marquee.
But damn.

Okay. Speaking of online stuff and smart phones, I took a little video today of Dearie and her chicks with cameo appearances of some of the grown chickens and tried to upload it to Youtube in order to share here but for some reason I am not being given that option since I switched over to my new iPhone. Any ideas? I mean, you NEED to see Dearie and the chicks eating some leftover tuna salad, right? And yes, I have activated my Youtube account on the phone.
Just...GEE DEE!

You know, every time I run across this sort of problem I think back to when I was probably about ten years old and a teenaged neighbor got a transistor radio which was the coolest, most high-tech thing available in the world at the moment. I remember what it looked like. It had a leather case with tiny holes punched in it so that the sound could escape and dance to our ears and a big white dial you could change the station on. If you could find a station.
Kind of like this. 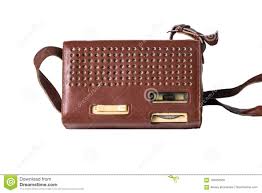 Oh, how I lusted after a transistor radio of my own! They were made in Japan! They were exotic and cool and you could turn them on and the Beatles might sing "I Want To Hold Your Hand" or Herman's Hermits might play "Mrs. Brown You've Got a Lovely Daughter."
I don't think I ever got a transistor radio but now here I am with a beautiful iPhone and with it I have a far better camera than anything my mother ever had to take pictures with not to mention access to a great deal of all of the wisdom and knowledge and trivia and news and videos of not just the Beatles or Herman's Hermits but of the Rolling Stones! As well as everything else ever recorded in history. And goddam it, I want to put MY video of my little hen Dearie and her ten little chicks right there with all of the rest of the videos. And I can't figure it out and it makes me crazy.

Trust me, though. It's a cute little video.

And if you've never heard of Herman's Hermits, check this out.

And then compare and contrast to the Rolling Stones doing "Satisfaction" the same year.

Oh Lord. No wonder I'm so crazy. But it would appear to me that Ronald McDonald stole his costume from Brian Jones.


I'm going to go bake a small red snapper.
That is something I am capable of doing, crazy or not.