I Do Love A Good Broom And My Cat 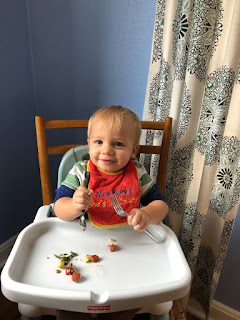 I woke up this morning with even more of the melancholy. I had dreamed that I needed to cook collard greens and other assorted foods for a Thanksgiving dinner and was in some industrial kitchen where I could not find a pot that even had a flat bottom among the assortment of age-caked and warped iron cookware.
And the weather did not help. Raining still and chilly and gray as can be. It is so wet here that you can't believe it. Towels never dry and a little plaster casting of August's feet when he was a baby crumbled and fell from the wall where it hung like a sugar cookie that had been dunked too many times in a cup of milk. I haven't been able to take a walk in over a week and I'm sure that has something to do with my low spirits too.

I decided to go to town, maybe hit a thrift store and go to Joanne's to look for a pattern and material to make something for Maggie but I texted Jessie to see if I could help her. I knew was getting packed up to go to Orlando where Vergil's working to stay with him for a few days with the boys because he's in an awesome hotel suite and why pass up an opportunity like that? A visit to Lego Land is being planned and I do believe that Vergil's more excited about that than August is. Anyway, she texted back that it would be great if I came over to help and I knew it would be good to see those boys before they left.
Levon is really starting to feel extremely comfortable with me and when he sees me, he crawls to me and asks to be picked up and he seems very happy in my arms. August was glad to see me too and he told me they were going to go see Daddy and I told him that I was very excited about that. He showed me his stitches and he said that it did not hurt when he got them and we played some while Jessie tried to make some sense of packing for two little boys and herself which basically required putting everything they own into bags including a lot of food because...kids.
We ate up some of the leftovers from the party on Sunday for our lunch and that was fun and August was being a little bit of a typical three-year old and did not want to go to the potty and did not want to do almost anything his mother asked him to do and he told me that I was a stinker and laughed and laughed.
We read books and played while Jessie finished up and then I told them goodbye and Levon stood on the couch and waved and waved and he laughed too.

I did go to the thrift store but the only thing I found was a linen dress and as I was standing in line to buy it the guy behind the cash register was having a very profound conversation with another customer about guns. He was describing the Glock something-something that his wife is getting for Christmas and how they went shopping the other day for a certain kind of holster that she can wear when she runs in the park and I went and put the dress back and left.
Fuck that shit.
The music was terrible there too. A mix of Christmas songs and some other trashy stuff and I decided that if I could go back in time I would try to find whoever it was who first decided that it was vocally cool to make her voice go all Mariah Carey with fifty trilling, warbling notes where one would do the trick nicely and if I found that person I would just say NO! and slap her hard and then come back to my own time and see if that had worked. I might also try and find whoever started the whole potpourri thing and try the same trick with them. Man, I was so wrong about that trend. When it started I said, "Well, this won't last."
Bowls of perfumed flower petals and wood shavings are still to be found everywhere and I hate each and every one of them I come across.

So you can see what sort of mood I was in and to tell you the truth, I still am. In that sort of mood.
I went to Publix AGAIN because not only was I out of sweet pickle relish but I just realized last night that Thanksgiving is actually next week and I needed to get a turkey to put in the refrigerator so that it will thaw by the time I need to roast it. Also, the cranberries and an orange to make cranberry orange relish.
I do love a good relish.
Frankly, I wish that all Thanksgiving involved was turkey, dressing, and cranberries. That is plenty.
Okay, okay. Maybe some collard greens.
And gravy.
And that is ALL!

Gibson informed me yesterday that he's never eaten apple pie. How is this possible? Perhaps I will make one of those for Thanksgiving too.

So I made up a joke.
"What do you call a witch on a bad day at home?"
"Mom."
And then I reassured them that I was only saying that because I was a mom and that it had nothing to do with their mom. I'm not sure they even got the joke.

All right. I'll take my bad mood and go put the lasagna together and stick in the oven.
And I know I've posted this video at least twice before. If you don't like it, complain to the management. What are they gonna do? Fire me?
I think not.
Sometimes you just need some nasty music. This would be one of those times for me.