And Now The Rest Of The Story 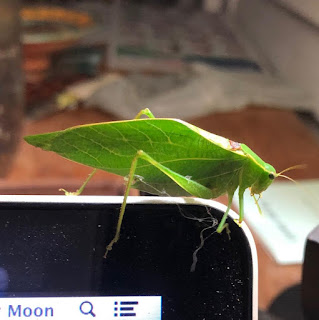 I'm feeling a little better this evening. For one thing, there's a possibility that they'll have to do a recount in our governor's race as supposedly there are many uncounted provisional and absentee ballots uncounted as of now. It's tricky and of course I remember the damn Bush/Gore debacle and how that played out.
Let's just say I ain't getting my hopes up but the fat lady hasn't sung just quite yet.
Same thing is going on with the Florida senate race between Bill Nelson (Democrat) and (P)rick Scott (Republican) and you can only imagine how I feel about that. Scott has screwed Florida every which way he could already and now he's hoping to continue, playing with the big boys in Washington.

Did you see or hear Trump at that press conference today?
Think maybe he's scared?
He should be.
And that made me feel a little better too.
Not that I especially like seeing the president of my country act like a petulant bully in need of a good time-out and a nap, but I sure do enjoy hearing desperation in his voice.
He told Jim Acosta, "You are a rude, terrible person!"
Projection much?

I met Jessie and Levon and August at the library today and that was good. I walked around holding Levon and showing him books and telling him how wonderful libraries are, pointing out how delicious they smell.
"Libraries are the best places," I told him.
I do not think he disagreed.

And then of course we went to Costco. 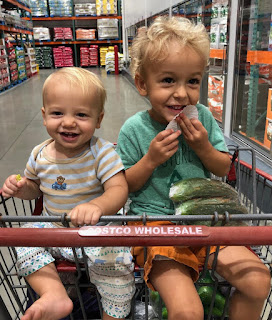 Samples were eaten, the coldy-room was survived, the two-hundred dollar box of huge crab legs was exclaimed about once again, and fun was had.
I bought the things I usually buy at Costco. Cheese and cucumbers, cherry tomatoes and pecans. Tito's vodka.
I also bought this. 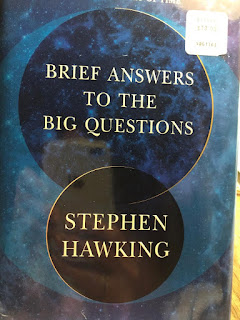 I'm not even sure why except that possibly I'm tired of saying I don't know shit and for $13.99 I will have the opportunity to learn at least a little of the shit. Even the Big Shit! 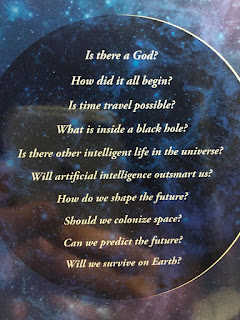 Plus, it's short and the print is big and I am a typical American and want to know the secrets of the universe in the quickest, easiest way possible.

So. I'll let you know if I learn anything and if I don't, there's something very wrong with me. I mean, I didn't even know that time travel was an option. It may actually not be but it was nice of Hawking to clear that up. I've already received the spoiler alert that no, there is no god, but I can't wait to read his take on it.

Mr. Moon is home from work and he told me about his day which involved so much Real Stuff that it would have taken me months to accomplish what he did and that would imply that I could, in this lifetime, do what he does. I suppose theoretically this is a possibility but in reality, not so much. I went to Costco and called to make an appointment with my gynecologist in order to get my hormone prescription filled and that just wore me the fuck out. I had to take a nap.

It's November the 7th, 2018 and I have my air conditioner on and the toenail that I partially ripped when I almost fell out of my bathtub because my overall strap hardware had gotten caught on my toe a few months ago finally fell off today when August stepped on it while we were in Costco and I made Levon laugh a lot.

I'm glad you are too.