The Strange And Possibly Beautiful Days Of The Year's Ending

We ended up spending most of the day with the Weatherfords so of course it was a good and sweet day. How could it not be? Mr. Moon and Vergil and Jessie, too, watched a basketball game between FSU and Duke. Vergil went to Duke and Jessie went to FSU and of course we all live here in Tallahassee and it was a festive occasion for all concerned. I believe that Duke won and in fact, I'm almost sure Duke won but I got that from a secondary source (Mr. Moon and Vergil) so I'd check the internet if you're really concerned about this.

I read August some books and one of the books I read him is a very old one and our copy is so worn that the cover is naught but gray cardboard. When it still had a cover, it looked like this. 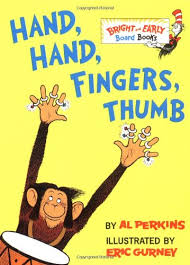 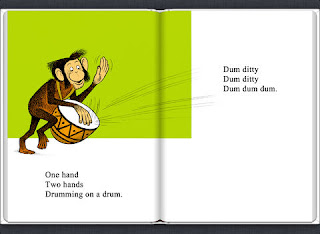 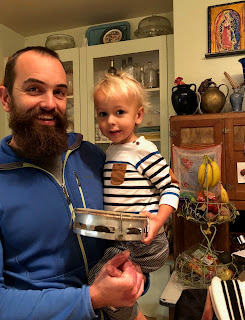 He wanted more of it but his father told him to save it for next time which would make it more special.
Hmmm....

In food news (always important) there were refreshments for the game. Vergil brought over chicken wings he'd prepared to bake in my oven. Jessie had made Buffalo wing sauce and I made blue cheese dip in my food processor- its virgin trial. No one really needs to make blue cheese dip in a food processor but I was aching to plug that baby in and give it a test run.
It performed magnificently.
There were carrots and celery and snow peas and red pepper. I ate a wing and August instructed me to take the tail off. I believe he was getting chicken wings confused with yesterday's shrimp but I knew what he meant. He also showed me how to blow it to make it cooler.

Levon did what he does which is to nurse and to smile and to talk and to sleep and to do it all again. I held him for a good long while as I read to August and he sat there on my lap and was completely content to look and to listen. He is so beautiful, that little guy. We are thinking that he may actually have blue eyes which would make him my only blue-eyed grandson. Vergil told me that out of all of his grandma's grandchildren, something like fourteen, he was the only one to have brown eyes. Genes are so amazing. 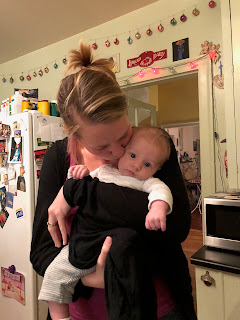 The only time he spent not in someone's arms was when he was getting his diaper changed. No wonder he's such a happy little guy.

August took a very, very long nap on my bed and when he woke up he was smiling and happy and cuddled down into the soft blanket for a few seconds and then he popped up and said, "Where Boppy?"
"He's in his chair," I said. "You can go and see him."
And he hopped off the bed and ran like Tigger, bouncing all the way to see his Boppy.
I asked him if he wanted some Mac Cheese.
"YES!" he said, with perfect pronunciation. And then he said it again, "YES!"
And so I made him some mac cheese and when it was ready he had to get the high chair to sit in because that is his ritual. 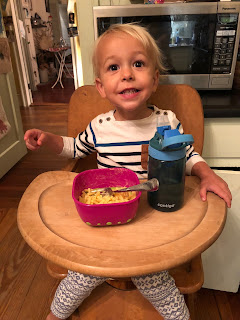 And that was my Saturday, the next to the last day of 2017.
I do not even care to do any sort of wrap-up tonight of the year. No review, no lookings-back, no philosophical musings on what the year meant to me and the world at large.
Suffice it to say that despite all, I am grateful to the outer edges of space and back that my grandchildren are all safe and healthy, that my newest one was born without complications or problems for either mother or baby, that my children are all here and living their lives and loving each other, that my husband still appears to love me, that my garden is producing, my chickens are still amusing me, and I still have this place to write and that I find a community here which I cherish with all of my heart.
And last, but not least...Keith Richards is still alive.

And please, indulge me. But this video is incredibly relevant, in my opinion, to what's happening now.
And yeah, Keith is in it.

Don't croak, Keith.
We need the reminder of what rock and roll can be and can do.
It's time for a palace revolution.