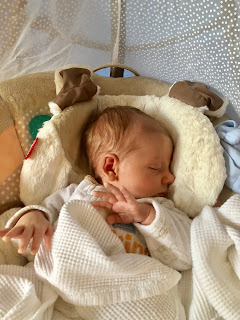 No, no more pictures, thank-you. And I am not signing autographs today either.

I had quite a day today. I got up and went directly to the lab where I get my blood drawn for all of the mysterious things that blood can be tested for. I have a follow-up Dr.'s appointment next Friday and I figured I might as well get the damn blood test over with. I do not mind at all having blood drawn but what I hate, what fills me with anxiety, is the thought that my body could be harboring diseases or disease processes and will tell complete strangers and my doctor all sorts of secret things about me that I don't even know. This is sort of the essence of what makes me anxious about medical things. It is, in some ways, the ultimate invasion of my body and my privacy and I believe that anyone who was sexually abused by a family member in the home will understand that completely.

Anyway, the waiting room was packed when I got there. It's a very small room and they have as many chairs crammed into the space that they can and almost every chair was filled by one human butt or another. I signed in, sighed, and sat down.
I waited for at least half an hour but when I got called back, the phlebotomist was so excellent that it took mere seconds, it seemed, from the tourniquet to the bandaid. And it didn't hurt. Not at all. Of course I have a vein that could be hit in the dark. It's a phlebotomist's dream vein.

I drove home after that and let the chickens out into this messy, wet, cold weather and did a little housework here and then drove back to town where I met Lon and Lis at Jessie's house for lunch. Those two lovely people are involved in an art show and musical thing tonight which is why they are in town and it was so good to see them. August immediately took Lis by the hand and wanted her to read him books. It was love at first sight for him. While we were eating, he was as verbal as I've ever seen him, telling one story after another with descriptive and very active hand and arm motions to fill out the details. I was completely charmed. He's getting all of the words and learning how to put them together into sentences and watching him as this process progresses is fascinating. Every child goes through it but every child does it differently. After Lon and Lis had to leave to go set up, I read August a few stories and then his mama took him on a short walk in order to get him to sleep and I stayed with Levon while he slept. I told Jessie that I would be glad to come by every afternoon to perform the same service and she said that would be fine.

When I was on my way home I passed Owen and Gibson's bus stop just as their daddy was picking them up and I stopped for a moment to see them. I haven't seen those boys in forever and I've missed them. They're still my babies and always will be and I asked them if perhaps they would like to spend the night tomorrow night and they said they would and Gibson asked if they could just come to my house right then but they had things they had to do and so did I.

One thing I MUST do tomorrow is to protect my plants because we're going to get freezing temperatures for two nights. It's messy, wet, heavy work and perhaps I'll do as I did last year and just pull most of them to the back of the porch and cover them. I didn't lose one plant last year although it did take some of them a good long while to grow back from the roots. I thought I'd lost my Roseland mango but did not and it looks good right now but it won't if I don't get it inside. I'd rather not go through that again. Most of the plants need trimming too and I could easily spend all day on that project. I hope it stops raining because god, it is just miserable.

And today is, of course, the thirty-seventh anniversary of the day John Lennon got shot and left this plane and hopped so quickly, too quickly, on to another. I always think of Yoko on this day. I think of how she must have felt- how can anyone really know? when one minute he was alive and they were in their bed, being photographed by Annie Liebovitz 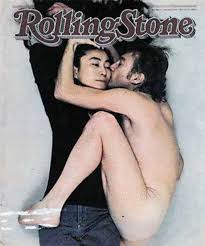 and then a few hours later they were in the studio and then coming home early to tuck their son into bed and the next minute, he was gone.

Today when I was waiting in that tiny room with all of the people who were waiting too, I heard Yoko's voice on the muzak and I realized that it was Happy Christmas, War Is Over (If You Want It) and it felt like a small and yet profoundly cosmic miracle and I usually post a video of that song on this date but this year, I am going to post a different one. For those of you who are young and do not necessarily know, this video was made when John and Yoko were on their honeymoon and did a sort of protest/performance art piece called Bed Peace and spent a week in bed together, talking to reporters and whoever showed up about peace.
You know what? I wish with all of my heart that there was someone now who was that foolish and that wise, that simple and that complex, who was so beloved and so interesting that the world actually paid attention to two people lying in a bed speaking of peace.
Because dear god, we need it now.
Well, we love you, John, always and forever and as I always say, "With your mind you changed the world," which is a Yoko quote and I love her too.