My Christmas Spirit Is A Sad Sort of Spirit. But I Am Trying

My emotions have been as labile today as a teenager's. I was angry for awhile, until we finally got all of the plants squared away. There are plants on the table in the mudroom which we set up for them every year before the first freeze. 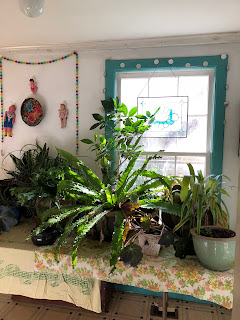 And there are plants on the chest in the hallway. 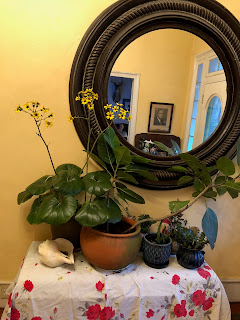 There are also plants in the library and plants tucked here and there all over the place. And still, there are many plants pulled up to the wall and covered on the porch. Some of my plants are just too big to risk anyone's back on and besides that, I do the same thing with my plants that I do with my leftovers- I just magically make more of them. I can't help but divide and repot or root and pot and so there are always more and I've gotten to an age where I realize that even the most precious of them are not irreplaceable with the exception of my Roseland mango which is now cozy in the laundry room which is not really a laundry room but a very small space where the washer and dryer are and there is a window in there. My chickens have lately taken to eating begonias of all varieties and I've had to cut some of those back almost to the root. Hopefully, wintering inside will give them a chance to spring forth again.
Dang chickens. For years and years they never touched a beak to a begonia but now they act like the leaves are made of tortilla chips.
Adaptive behavior, I suppose.

We brought in the little Norfolk Island Pine which was my Christmas tree two years ago. 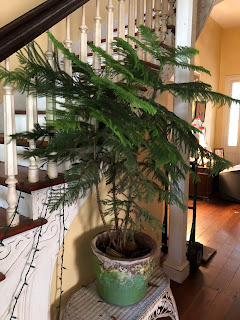 I hung an entire string of lights on it which may be overkill but it is cheery and Owen and Gibson have helped me to decorate it with mostly old and treasured ornaments, some homemade and some merely so old that they are treasured. 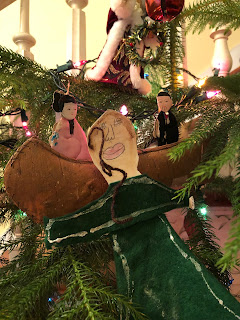 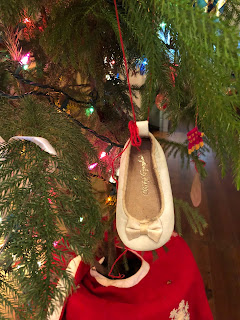 I insisted that they had to wear the elf hats that Aunt May made years and years ago. They liked them. 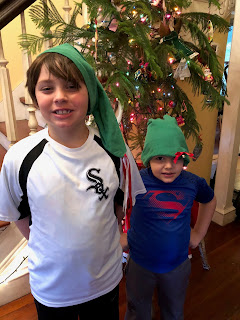 "Mer," said Gibson, "Do you have an elf on the shelf?"
"Oh hell no," I told him.
Was that inappropriate?
Whatever.

Owen and I have made pizza dough which is rising and Gibson is playing with my iPad. They've played Wii games with their Boppy and I think they're just happy to be here. I'm happy they're here too, although my anger has now been replaced with a strange sort of childlike sadness which is one of my default Christmas emotions.
Unless I'm in Mexico for Christmas which is far enough away from my childhood, I suppose, to allow me to feel free to simply be there in the moment, able even to enjoy the ornaments and lights of the Cozumelanos and the music coming from the Catholic church downtown which has no walls.

Well, the fact of the matter is that I am going to be here this Christmas and if I am sad, well I will just have to be sad. And I am sure there will be joy. Or at least, some sweetness.

I better go check that pizza dough.
I wonder if we'll read "The Little Red Hen Makes A Pizza" tonight. That would be appropriate.
And traditional.