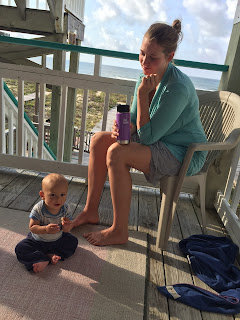 How to have morning coffee at the beach.

Ah, lah. Another beach day and today I actually went to the beach. Before we left Tallahassee I bought this. 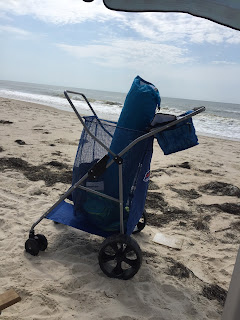 Best fifty dollars I ever spent.
Okay. Sort of.
But seriously- I hauled a tent thing, an umbrella, two chairs, a baby pool, a float, a sand bucket and shovel, and other assorted items down to the beach in ONE TRIP! God. How wonderful. I wish I'd had one of these when I was a young mama.

This was my view for much of the day. 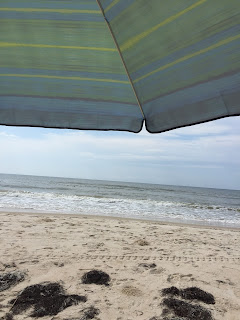 I stayed under the umbrella and wore a linen shirt over my bathing suit and still got too much sun on my back. And I'm no virgin-white-skinned tourist, either. I got in the water and paddled about and Jessie and I put a little Sun-In on our hair and August had a good time splashing in his little pool under the canopy tent.

He looked extremely cool in his sunglasses but he pulled them off in about five seconds. 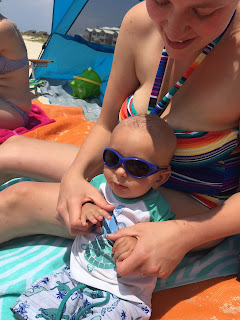 Today was May and Michael's last day here. We had so much fun with them and May got to spend time with her sweet nephew August. 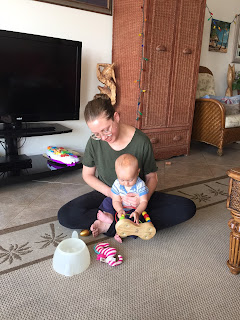 I think that August may think we're the same person.

I took a paparazzi shot of May and Michael, walking in the surf before they left. 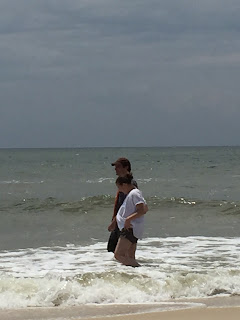 Michael is such a loving husband. Anything May wants to do, he wants to do with her.
"I'm going to take a little walk," she might say. "Do you want to go? You don't have to."
"I'll go," he says, and they are so beautiful together. I was holding August under the umbrella and we were spying on them as they kissed in the surf.
"Auntie May and Uncle Michael are kissing," I told him. I kissed his little sun-screened head and said, "I am kissing you. But it's not the same."

Before they left, Jessie's best friend from forever showed up to stay with us. Melissa and Jessie have known each other since they were children and have grown up together and played music together and now Jessie is a mama and Melissa just got her Master's Degree in Media and Communication, specializing in Environmental Communication. We are so proud of her. It is so nice to have her here. 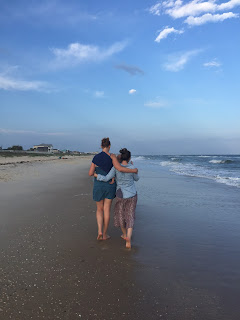 We've walked to the new Piggly Wiggly store on the island which is AMAZING. It had more offerings of Bob's Red Mill products than I've ever seen in one store as well as all of the more affordable Piggly Wiggly brands and nice produce and a beautiful meat case and a beer selection that impressed Melissa who just got back from Germany and whose boyfriend is a beer aficionado. A perfect sort of combintion of affordable and gourmet right there in one blue building. 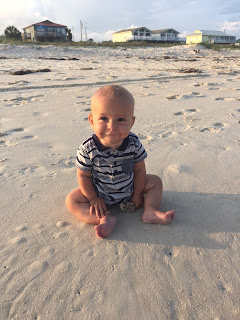 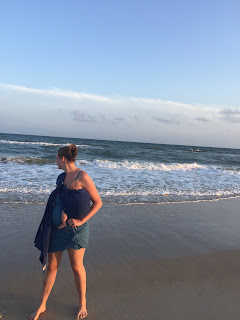 Beautiful mama on our sunset walk.

I am missing this. 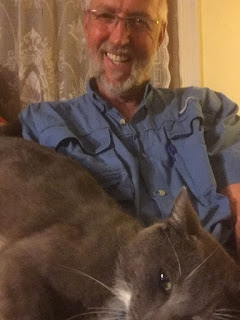 Jessie and Melissa are playing peek-a-boo with August on the couch and watching a Harry Potter movie on the TV.
August is shrieking in his dinosaur language with joy and excitement.

It's been a very fine day.