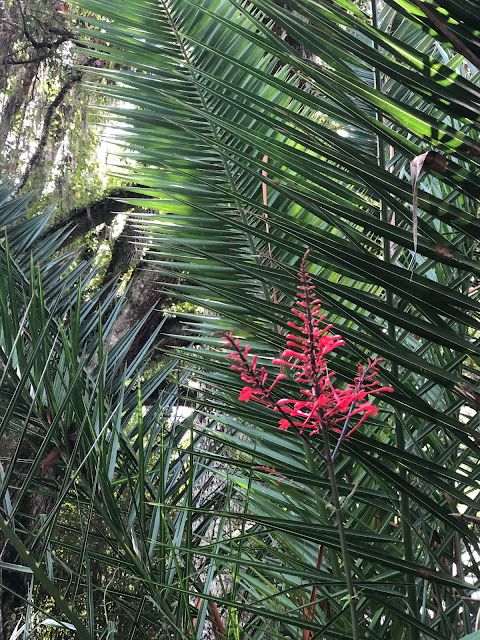 I have been the spaciest of space queens today. I've had a lot on my mind as we all do but there's really no good excuse for this level of forgetfulness. The first thing I did was to walk to the post office forgetting to take the letters that I needed to mail. I got to the post office, patted my pockets knowing that I'd forgotten, sighed and came home. Anyway, I got that picture of some of the firespike I've rooted and transplanted to the front yard over the years. It should have been blooming way before now but the amount of shade it gets from the oaks is overwhelming. Behind it you can see the Canary Island date palm, also known as Killer Palm which I still haven't done anything about. I also got a nice picture of the beauty berry, now full and ripe. 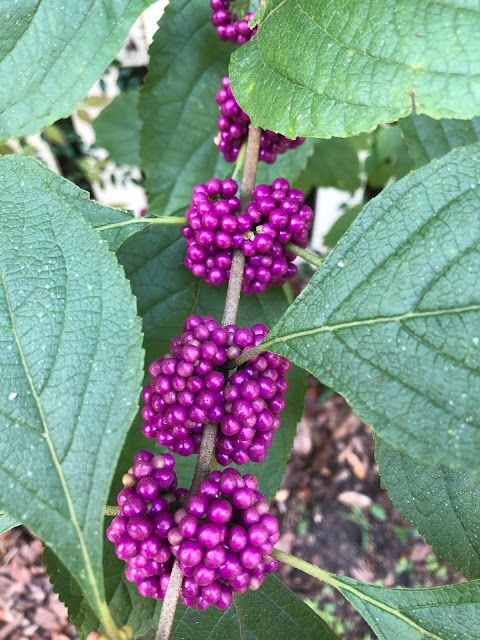 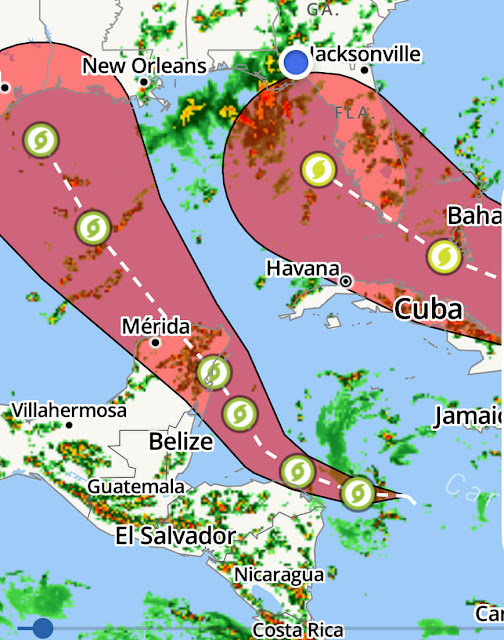 Of course the "cone of uncertainty" is uncertain.
But really? Really?
As I said yesterday, this is Florida in August. And there ain't a thing I can do about it.
Posted by Ms. Moon at 6:43 PM