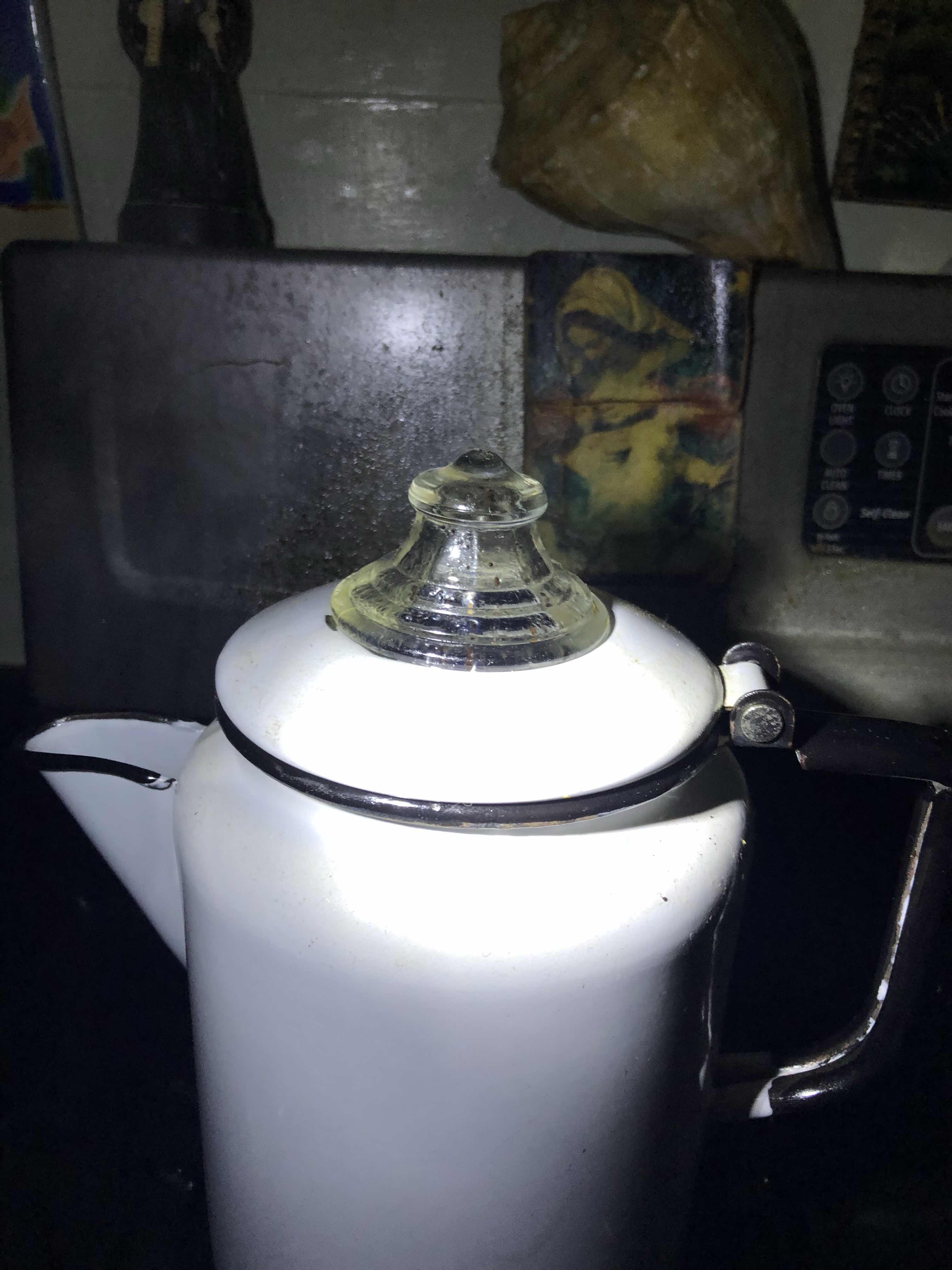 The percolator is on the stove and I’ve already used it. Our power’s been out since about 3:30 but we’re fine, the children are all fine and I think the worst of this storm is over for us although knock wood and spit on the cat.
We’re still getting some intense gusts that bend and away the trees and tatter the banana leaves. I have branches down everywhere from twigs to limbs that will require a chainsaw to deal with.
The worst thing I can see from the porch is that my oldest, biggest oak, that sacred matriarch, has lost at least part of herself and smashed the play set in doing so.
The play set can be rebuilt but that oak was here before the white men came and I am sorrowful that it is, at the very least, broken.
I am not going outside to check it out until these gusts are good and gone but I can tell you that there is a hole in my sky where there was not one before.
The sound of wood cracking and snapping and thudding to the ground is an ominous one and we’ve heard that a lot this afternoon.
I’ve seen footage of what’s going on at the coast west of here and it’s devastating. Entire areas have been flattened and the waters are still rising. Apalachicola seems to have rivers instead of roads and buildings are flooded blocks from the actual river. I imagine our lot on the bay is underwater and I would not be surprised to discover that our house on Dog Island is damaged and/or flooded if it’s even still there.
Ah well. As I said- we are okay and my babies are all okay. Mr. Moon has the generator hooked up for a few lights and the refrigerator. We will have a fan on us tonight. And tomorrow night it’s supposed to get down into the fifties which is blessing beyond blessing.
So now the waiting is over, our questions as to what the storm would be like are answered. I’ll say it again- we are so lucky. Michael was a monster storm, bigger than anything that’s hit the mainland in fifty years. Or at least that’s what I’ve heard.
The chicken’s house is standing fine. They have not left it even to visit the coop all day.
I feel hung-over from stress and worry but that’s normal.
Thank you all for your loving and caring comments. You have no idea how much I’ve appreciated them.
Love...Ms. Moon
Posted by Ms. Moon at 6:07 PM