Pictures And Too Many Words. Blame The Espresso. 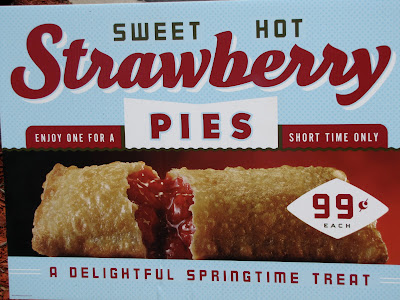 No. You know that's a lie. I am never done. It was a fun day. It really was. I met Ms. May at the nails place and we did get pedicures. Here's how May looked, all beautiful and happy: 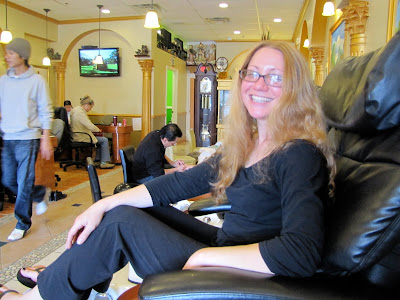 And you see that guy walking across the room? If he wasn't there, you would be able to see a picture of Professional Woman! My Mortal Enemy! Because she came into the nail place when we were there. It was quite unnerving.
Do you remember on Seinfeld how whenever Jerry would run into that guy he did not like and he would always say, "Hello, NEWMAN," and he'd say it with such disdain? Well, that's how I say hello to PW. "Hello, *******," I say, with the same tone of voice. That's what I did today at the nail salon. And then I ignored the fact that she was there and May and I used our raucous, happy voices to discuss our raucus, happy lives. Haha!
I'm so mean.
Anyway, here are my toes: 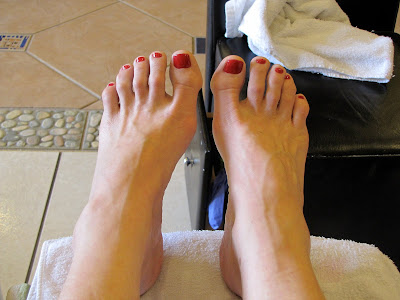 Aren't they beautiful? Instead of OPI "I'm Not Really A Waitress," which is the color I always choose, I went with "Cavier and Vodka" because that is what the Jezebels' official meal is. Along with Champagne, of course. I am thinking that when we have our first meeting (party) we should all paint our nails with this fabulous color. And can I also say that having someone massage your feet and calves with smooth, hot stones is about the most pleasure I can stand?
Thank-you. I tipped well.

From the nail salon I went to Lily's house to pick her and Owen up. We drove to the library. Owen was good at the library but he was not a happy camper today, mostly. He is on the cutting edge of cutting a new top tooth and he is not doing it with grace and submission. He is doing it with bitching and wailing. I don't blame him. But he was good in the library where Lily and I did NOT run into anyone we knew, thank god.

Then, on to the New Leaf which is where they sell the gorgeous produce and the bulk things like bulgar wheat and mung beans, etc. This was all fine and good until we ran into a Woman From My Past with whom my relationship with did not end well. I'm sorry. I am such a mean and bitchy woman. Lily pointed this out to me. She is right. But this woman. Well, I'm not going to get into it but I will say this- I think she buys her jeans at the Tall Baby store because they are not big enough around to fit a full-grown human who is taller than me. I don't even think that the Gap with their size 00 would have jeans to fit her. She is thin. She is beautiful. She has always been thin and beautiful. She always will be. She has always intimidated me to some degree, even when we were the best friends on earth.
BUT- I have a gorgeous grand baby now. 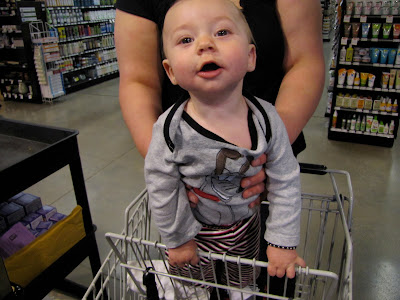 She has no grandchildren. Oh well. Sucks to be her. (I doubt it.) She wanted to know what Owen is going to call me. I told her I have no idea but that he will just have to name me when he's ready. That I refer to myself as Grandmama and as boring as that is, it's the truth. I did decide last night after I finished ironing Mr. Moon's shirts that I should be called "Old Mama." I was tired.

Anyway, we survived the New Leaf and we did get to see Aunt Tay-Tay. I wish I'd taken her picture. She was so beautiful. She cooks at the New Leaf for their deli section and she is a beaming woman with a giant tattoo on her chest that says, "Daddy."
I love Aunt Tay-Tay.
And unfortunately, Thursday is one of Billy's days off so we did not see him. Dammit.

Then we went to May's house to pick her up. She was finishing up her packing and scurrying around to make the place nice for Jessie who is going to stay in her apartment while she's gone and take care of her kitty cat. She even left chocolate on the pillow! Chocolate we got at the nail salon, I might add. They have really good candy there in a big bowl. When we were leaving, I took two small Reese's and a tiny Hershey's dark chocolate. "Hello, lunch!" I said. And I said it with honest affection and not with disdain.
Anyway, we loaded up the car with May's luggage and we drove to the airport and we dropped May off. We hugged her and kissed her and told her to have a wonderful time and she looked like she just might do that.

I took no pictures at Costco. I think they might arrest you there if you do. So you'll just have to take my word on the fact that I was there. Everyone flirted with Owen and he, being in pain and not too happy about the world, tried to smile back at everyone but Jesus! It's like a job, smiling at people who talk to you when you're Owen. I mean, really!

And oh! I forgot to tell you about when Lily and I went through the drive-through at Starbucks. The guy (Ryan) asked if we were interested in ordering the newest flavor, Dark Cherry Mocha. I told him no, that I had heard it tasted like Robitussin. (Thanks,Omgrrrl! for the head's up.) Ryan insisted that it did not but I never order fancy drinks at coffee places. Let's face it- they are milk shakes, even if they aren't cold and thick and I don't drink milk shakes so there you go. I ordered two shots of espresso over ice and Lily ordered something in the milk shake category. I was bantering back and forth with Ryan and the other girl who was talking to us on the speaker and Lily was so embarrassed. Let's face it- she may be a mother but she's only twenty-four and still young enough to be embarrassed to be in the presence of someone (her mother) who says things like, "I feel like I'm on TV!" to the people inside the Starbucks. I told her that I have, at this age, given up all worries about being cool which means that I am now completely cool. She didn't buy it and threatened not to let Owen hang out with me because I'm such a dork.
I gave her "the look." You know which one I mean. The Mother Look. Later, Owen gave the Mother Look to Lily and I asked her how it made her feel. She just took a picture of Owen with her phone and drank her coffee.

So that was my day in town. It was a happy day and I have the toenails to prove it. And now I'm home where shitfire, there is another damn bat flying around the back porch. Where I am sitting. How many bats can there be?
All right. It just flew out. Phew because Mr. Moon is in town playing poker.

When I got home I went out to check the garden (the peas are not up yet) and I took this picture: 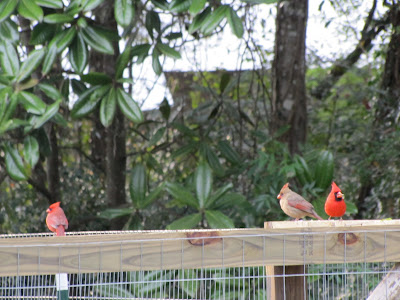 There were about fifty other cardinals but I only got these three.
And I also took this picture: 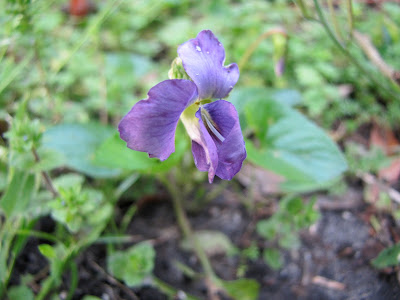 Which is the only purple violet I've found so far this year. There will be more.

And now I'm going to make a cake and put fresh strawberries on it for the dessert I'll be eating after I eat my leftovers. The cake is one we used to talk about in Weight Watchers and it is so simple that I will now give you the recipe: (Allegra- please do not read any further. It's too embarrassing.) 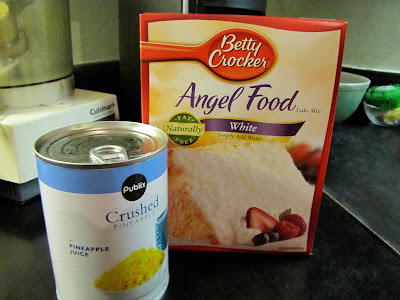 Take the contents of the things in that picture. Mix them well. Pour the thick, white goop into a large baking pan. It rises a lot so make sure it's LARGE. Bake at 350 degrees until a toothpick comes out clean. That's it. And yes, you use the entire can of crushed pineapple. Don't drain it. Don't make this harder than it is.

Slice strawberries and put them on top of your piece of this cake. Enjoy. It's really good. I am not kidding you.