I Live In The Spooky House 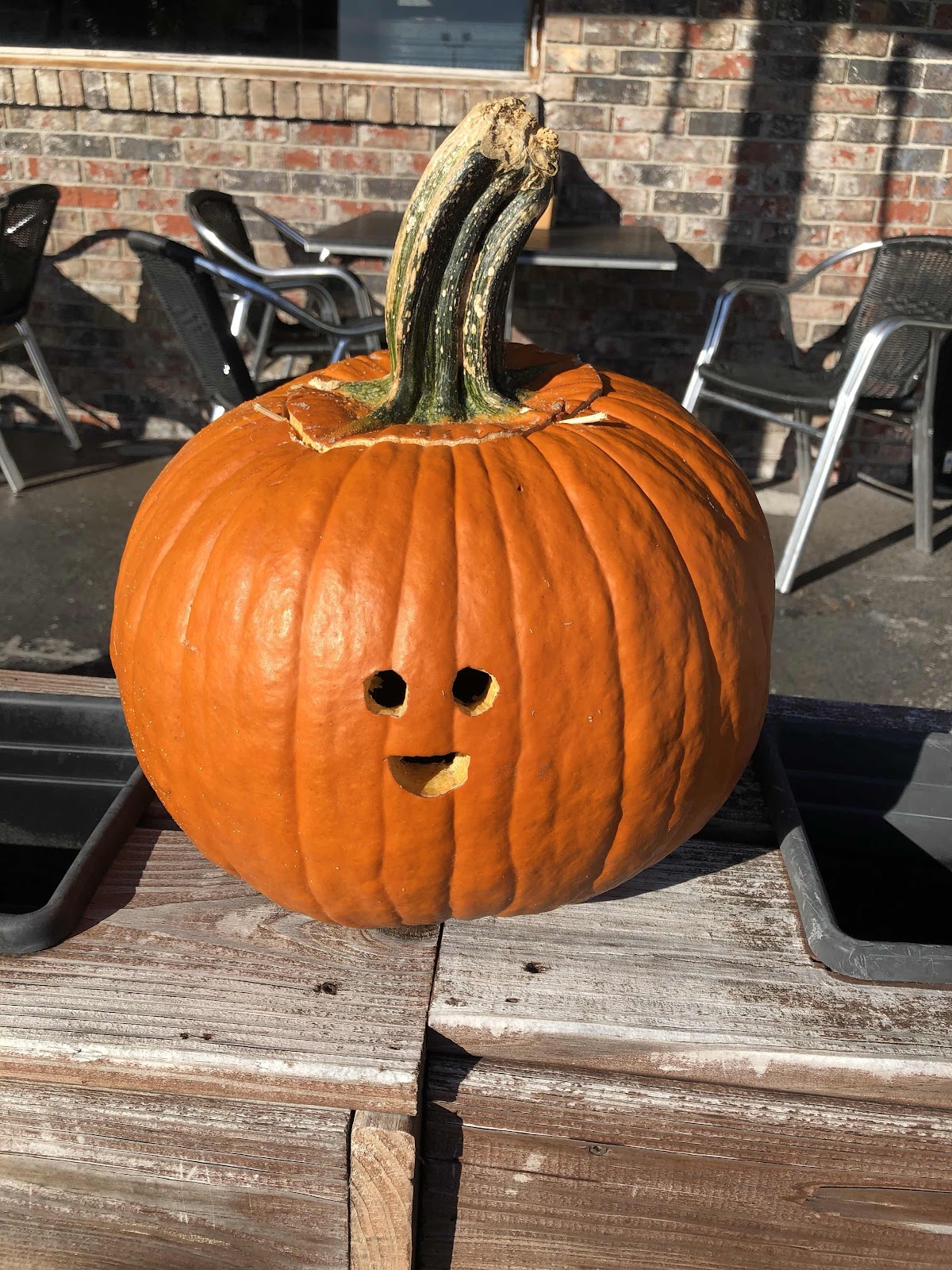 No. That’s not my pumpkin. I didn’t even vaguely consider carving one this year. That particular Jack O’ Lantern was spotted in Jacksonville Beach last week. It was perched alongside many other carved pumpkins, most of them intricate works of art, in front of a restaurant.
And I liked that one the best. It allows the true glory of the essence of pumpkiness to shine forth.
It is the Zen Master of Jack O’Lanterns.

So. It is Halloween. I bought four double packs of Reese’s Cups in case anyone comes by here for Trick or Treating. Which they won’t.
Not only is my front door almost hidden with palm fronds from the two palms in front, there are no lights on. Not because I’m trying to discourage little monsters but because our power is off. I suppose another tree fell on a line somewhere. I called it in and yes, Auto Lady informed me that they are aware of the problem and power should be restored by 8:45 this evening.
We shall see.
Meanwhile, I am writing this on my phone.

I had a very different day today. First I went to Magnolia’s dance class. She loves dance now. She wore her Jesse from Toy Story costume 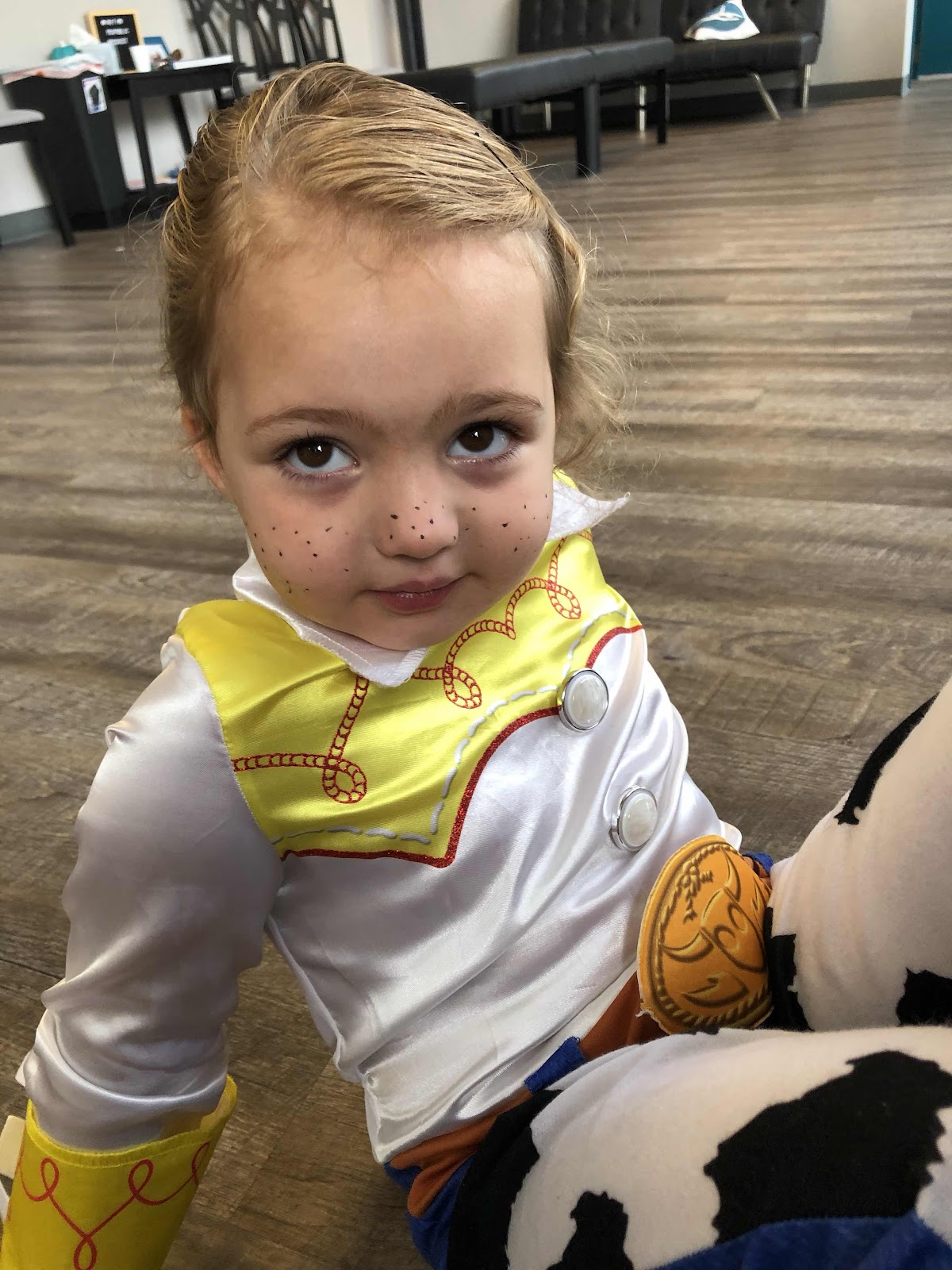 and the only other student in class wore her mermaid costume. It would seem that dancing in a mermaid costume might be a little tricky but this girl managed beautifully. 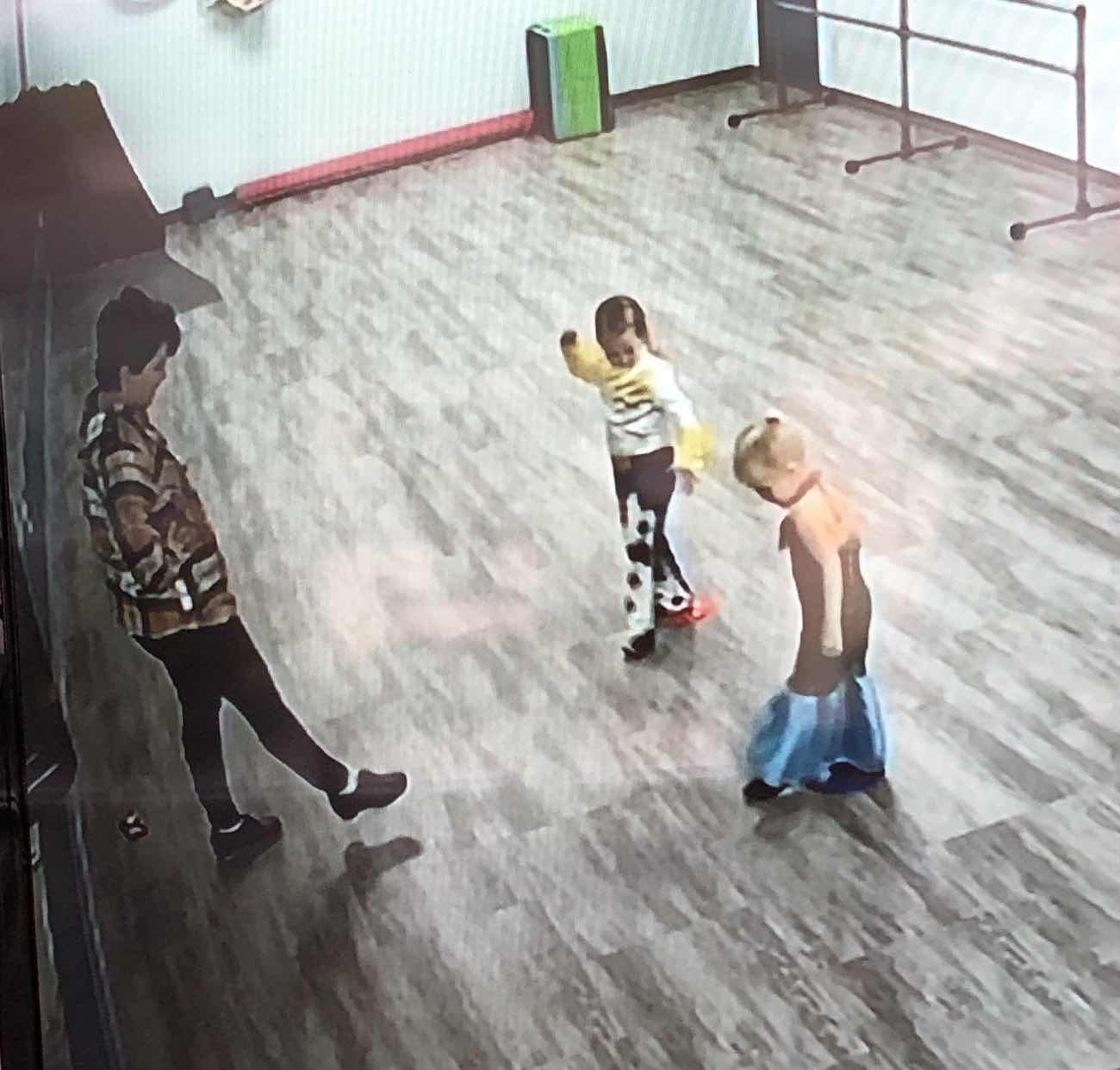 After class Lily and Maggie and I went to Publix and then I came home to wait for my friend Liz (not Lis) as we had a plan to go eat lunch at Mary’s Kitchen in Metcalfe, Georgia.
I have written about trips to Mary’s before. It’s a beautiful little drive through the woods and fields and Liz and I chatted it up so much I was surprised when we got there. Ms. Mary’s is a simple place with no pretensions but it is amazing.
We took a seat at a table on the porch which we shared with Mary’s grandson and we introduced ourselves. He was dressed in his kitchen whites and was eating his own lunch as it was almost closing time. The menu today was either lasagna with salad and two sides or fried chicken with Macaroni and cheese and two sides. Here’s what we both got. 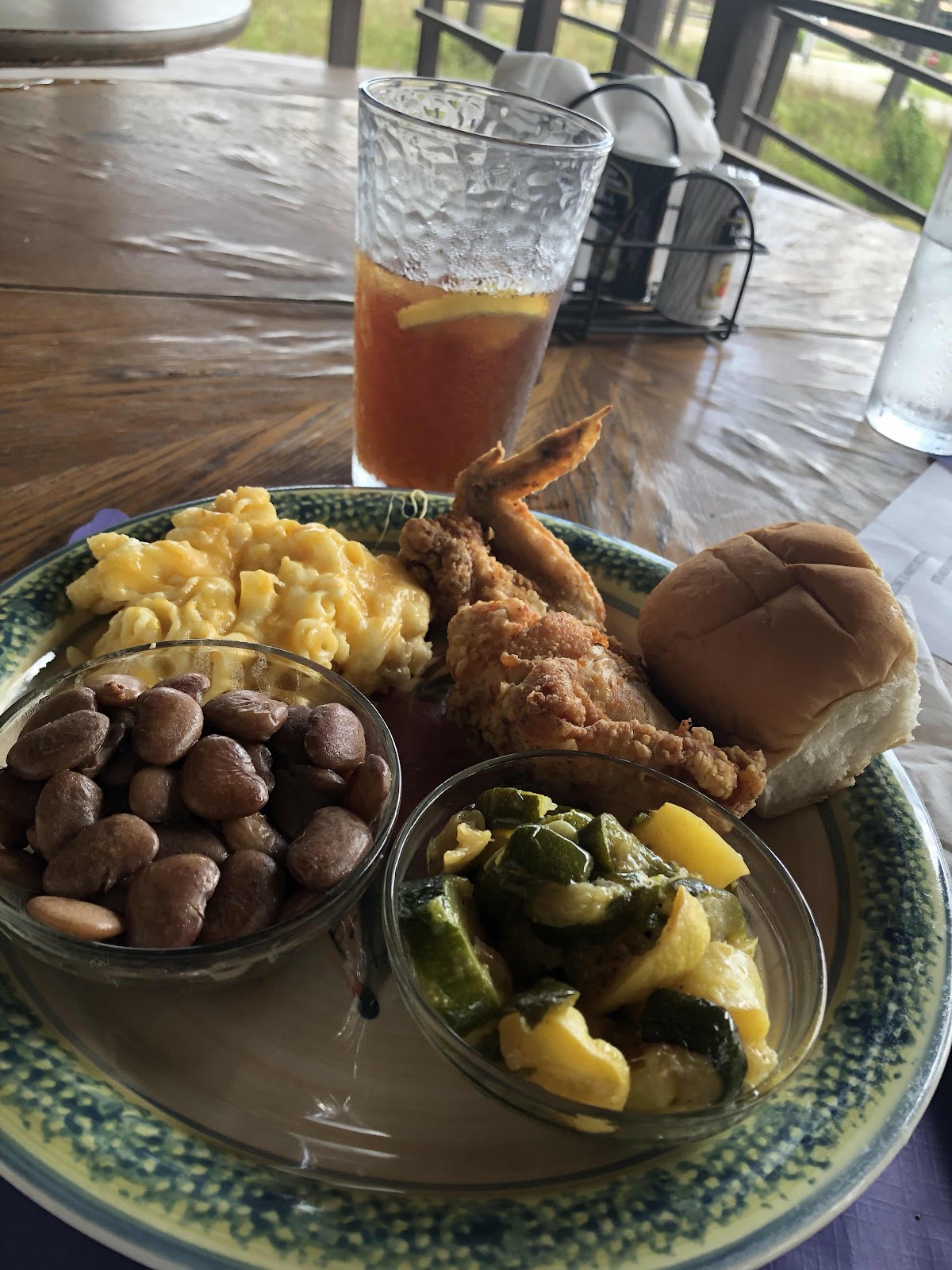 It was the best. That’s butter beans and squash with it. Honestly, I don’t know when I’ve had a better meal.
Oh. Dessert came with. Pecan pie. With ice cream.
It’s five hours later and I am still full. It’s the kind of place where there are three generations of family in the kitchen and somehow you just feel obligated to eat every morsel in order to show your true appreciation.
And so we did. And it may have been a bit painful at the end but it was a mighty fine sort of pain.
Speaking of pain, about a month ago Liz slipped in some mud when she was out in the middle of nowhere doing her job which involved mapping paddling trails (or something like that) and broke her arm. The people she was with managed to wrap it up, splint it with a palmetto stem and made a sling with someone’s old shirt.
She was then able to crawl into her tent, bear the pain all night, get up and call some Florida Law folks she knew, get a ride back to civilization in their boat and DRIVE HERSELF HOME WHICH WAS TWO HOURS AWAY!
This woman is amazing.
She got the bones set and pins put in two days later but she’s been in pain ever since and today she got the pins out of her wrist and was so thrilled to be that much further along with healing. She asked me if I might wash her arm for her which she was now allowed to do. She’s not in a cast and took off the brace and she was in ecstasy with the warm water flowing over her poor arm. I carefully soaped it up with a little diluted Dr. Bronner’s, rinsed it, and dried it off. Anyone who has broken a limb knows the sheer vulnerability a broken wing can make you feel.
I gave her some soup and bread and she drove off for home to take a nap in her own bed. I feel so guilty I haven’t been more helpful. Or ANY helpful.
But I took my feelings of guilt and over-full tummy to my own bed and took a nap myself. Jack curled next to me and it was heaven.

I just got a text from the power company. It was trees. Crews are working. Updated time of restoration is 7:40 pm. Again- we shall see.

In the eight hours the temperature is supposed to drop forty degrees. The air feels quiet and yes, spooky.
It is Halloween.
Here’s something that’s not spooky. 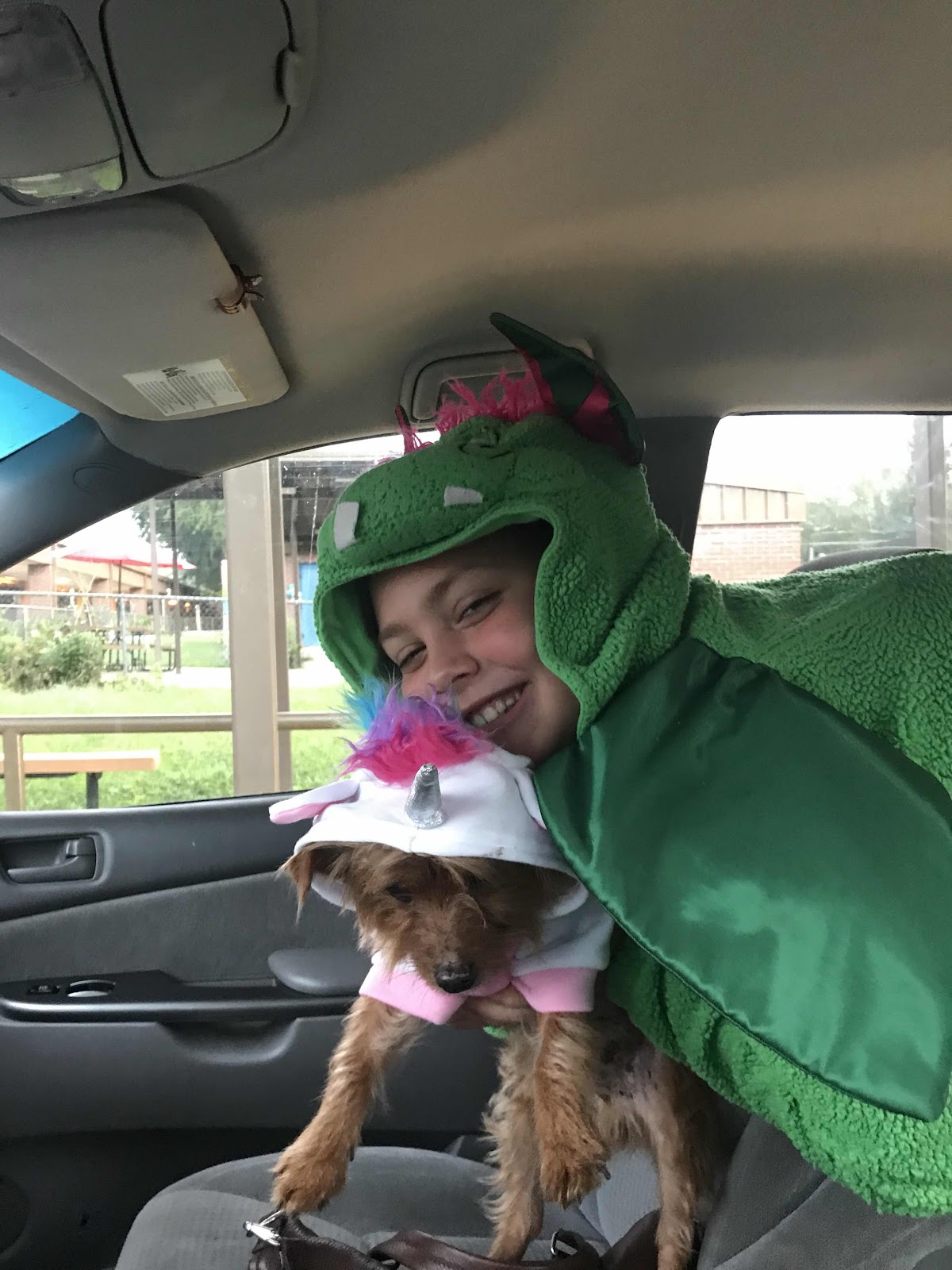 I guess I shall go cook in the dark. 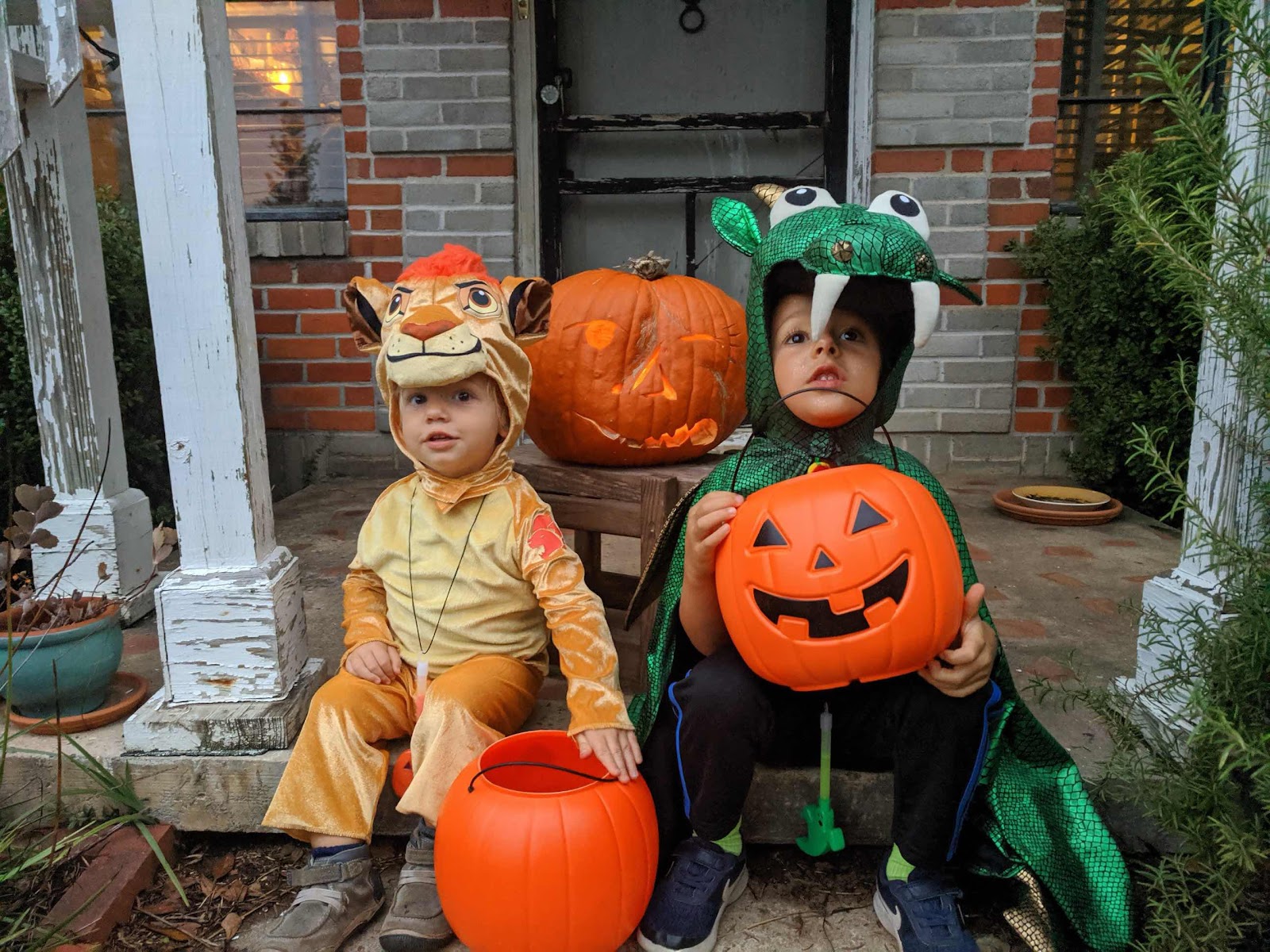