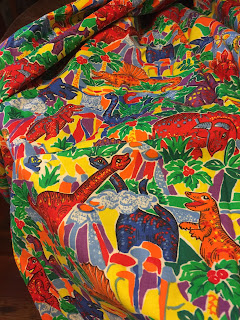 Today I have done tiny tip-toe things like empty bathroom wastebaskets and slice shallots for the pot roast I'm cooking in the crockpot and sew a button on and sweep and eat. I seemed to find myself eating one little thing after another which is not good but which is what happened. I also shared some of my snacks with the chickens, inspired perhaps by Nancy Luce and I have decided to name the un-named white hen Nancy which makes me happy because I like that name a lot anyway. It is one of those old-fashioned names that no one uses anymore but it's still a good name and I predict that one of these days it will come back into fashion as all good names do.

Mr. Moon went to town today to get his eyes examined and to get new glasses since his old ones are now somewhere in the Gulf of Mexico. He won't be getting the replacements for at least a week, maybe ten days, and so please be careful out there on the road if you live in the Leon/Jefferson County area.
Just kidding.
His eyesight isn't that bad, even without glasses but I know he'll be happy to be able to see the best he can again.
He brought me home some flowers and we have played some cards and he won, as he always does. My joy, truthfully, is in keeping score because I get to use my favorite pen and actually put pen to paper, even if it's just to list numbers of points. 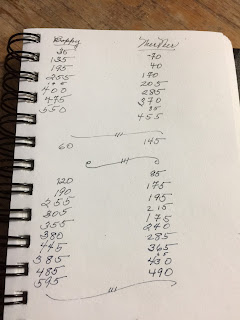 The cards part is just the delivery system for the points-keeping part.

Anyway, I found that fabric you can see up top when I was searching for something in the dresser where I keep my sewing things and it's what's leftover from a dress that I'm pretty sure I made Lily when she was a little girl. I think I will make Maggie a dress from it now.
Well, not right NOW, but soon.
Right now we're going to start watching the PBS program on the fifty year anniversary of Sargent Pepper's Lonely Heart's Club Band.
This sort of makes me feel very, very old and sort of makes me feel so thankful that I am old enough to remember when this album came out and that it was a formative and important part of my life.

God damn. As Hank and Rachel and I all agreed on Friday, the music still sounds brand new.

What would John Lennon have to say about what's going on in London right now?
Moot point. He was killed by a crazy person and crazy people are in no shortage today.