More This And That 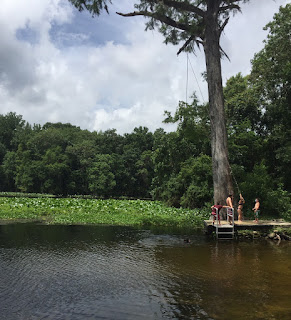 I got a text from Lily this morning after that deadly walk that she and the kids were down at the Wacissa with her friend Kelly. I decided that a jump in the river was just what I needed and so I did a few things around here that needed doing and put on a bathing suit bottom, a tight tank top and a loose tank top over that. I absolutely refuse to wear a bathing costume that has more bra in it that I wear to go out to eat. Forget it. No way. And I have looked all over the place (i.e., the internet and Target) for a bathing suit that doesn't have a fucking bra in it and I can't find one and at the Wacissa you'll see every sort of bathing suit and not-a-bathing-suit imaginable and no one gives a damn what you wear to swim in.
The water was cold and the sun was behind clouds and there was a good breeze so the yellow flies weren't out. It was, in short, heaven.
Maggie has realized that I am someone she can boss around and seems to be somewhat infatuated with me at the moment. She'll call me in a regular voice, "MerMer!" and if I don't respond immediately, she raises her voice higher and louder until she is absolutely shouting my granny name.
"MERMER!!!!"
Like that.
At one point today she came over to where I was sitting in my chair and pushed me out of it and then stole my water. 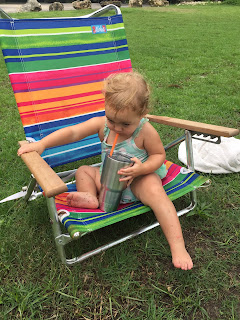 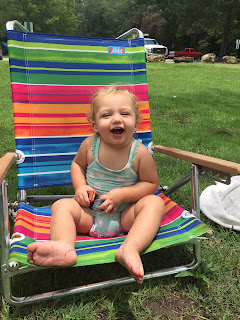 Well, yes, I am about ten times bigger than she is but size doesn't count for everything.
Trust me.

So we had a good time and Owen jumped off the rope swing for the first time which is a pretty big deal. Then I got hungry and came home and ate some field peas.

And did other stuff but it's all boring to do and to talk about so...moving on...
Here's Dottie sitting on the nest. 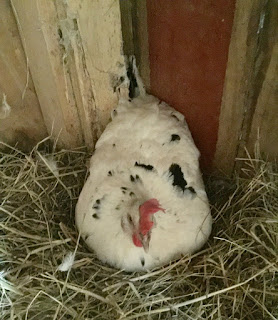 And NO! That is not boring. I found a little cache of eggs hidden in the baby coop this morning and I put three of them right up next to her and when I went back later, she had disappeared them underneath her. I have no idea if any of these eggs are fertile but it's always exciting to think we might get mama-raised babies. 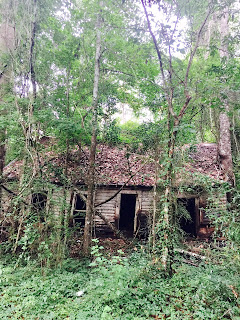 The fally-down house. One of these days it's just going to collapse. I need to brave the poison ivy and get a shot from the right side of it where a tree is growing up through it and has become part of the wall. It's beautiful. I took that picture this morning after I dropped off the green beans and pickles at Miss Liola's.

And one more thing- an interview with Hank. 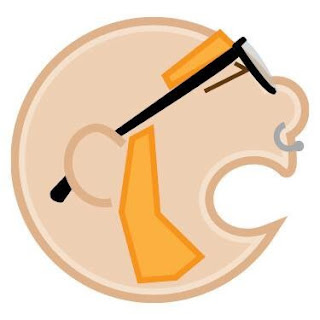 My son, the Trivia Lord!

You know what? Life is funny. "Trivia Lord" is probably the last thing in the universe I would have predicted that my precious little redheaded baby would grow up to be. And yet, it makes so much sense.

All right, y'all. That's enough of that.