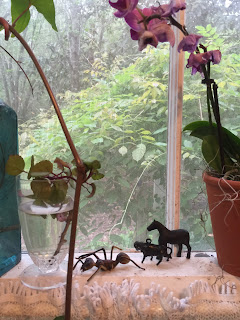 You would think that by now I would have discovered every interesting object to be found in the dirt of my garden. Not true! Today, for example, while doing a little weeding and pea re-planting I discovered that giant ant. Awesome! He's missing a few limbs which makes him a compatriot of the little horse I found in the yard which has only three legs. The tiny bull I found when we first moved in and he is completely legged.

Don't cry for him, Argentina!

So. Friday night. In honor of the occasion, I took a shower. And washed my hair. And shaved my legs. Girl's been letting things go in the grooming department.

My big excitement today came from this: 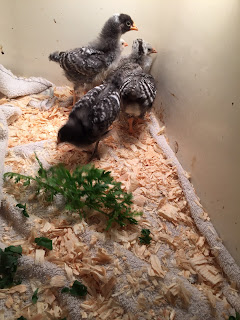 I gave Diamond, Mona Lisa, Sally, Violet, Blossom and Dearie some carrot top greens and little pieces of shredded kale. They ate them all up and so for dessert I gave them sour flowers and violets which they also devoured.

Oh! I've been meaning to tell you what Gibson's inspiration was for giving one of the chicks the name "Dearie." 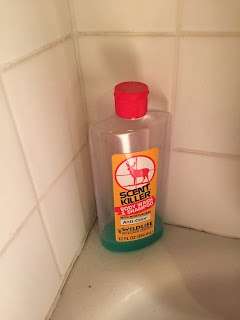 Hey- it ain't all sweetness and light over here.

In that spirit, I will admit to you that my new guilty pleasure is watching Darren Knight's videos. Southern Mom. Y'all can google that shit your own damn self, as Southern Mom might say. I just can't even bring myself to link or embed because there is so much wrong with these videos but speaking as a southern woman, let me say that I have heard every expression he uses in these and somehow, the fact that a man is so believable as a southern, single mother just makes me so happy. Why? I have no idea. But he totally transcends his beard. And I will admit that I have used one or two of these expressions myself and am no stranger to many of the circumstances Mr. Knight portrays, some of them hilarious and some of them heartbreaking and some of them frustrating and some of them...well, they're all human.
Thank god that kids are resilient.
And some of them grow up to make a sort of art out of how they were raised.

It's been an odd day. I have the saddies, as my darling Sue-Sue used to say but it's not so bad and I am thinking about the strange and interesting life I have lived which, for example, included being the girlfriend of a drug dealer in Denver, Colorado for a short while and how much he loved my cooking and especially the dish I am making tonight which is pork and sauerkraut and potatoes and I'm pretty sure he's dead now and I know for sure that I got out of there right before he got busted and here I am, a southern mama and grandmama who hardly ever thinks about those days and yet, they happened and I can't really regret any of it. It has happened. And here I am, despite and because.