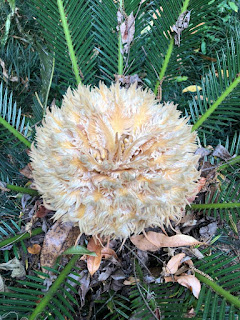 That, my friends, is the bloom of a female sago plant. We call them sago palms but they are not really palms at all. They are cycads which are plants that were already around when the dinosaurs roamed the earth with Jesus riding on their backs. 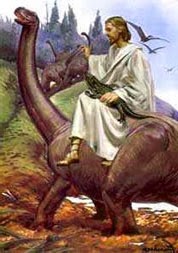 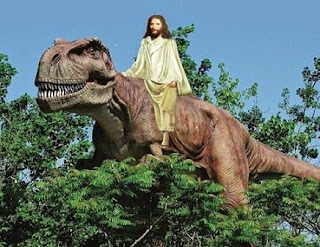 You can go to Kentucky to the Creation Museum and see it for yourself.

You're not going to believe anything I say now, are you?
Well, I'm pretty sure that the picture I posted is indeed a female sago palm with her flower. The male plant puts forth a very manly cone which I have written about before. Here's a picture I took of one of mine (the sago, not the manly cone) ten years ago. TEN YEARS! 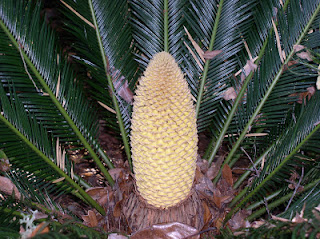 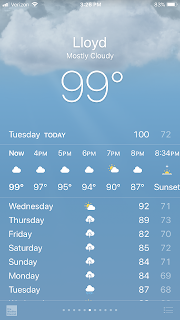 Yep. But as you can see- we may be getting some relief near the end of the week. Rain and cooler temperatures. Even by tomorrow we might catch a break as pertains to temperature.
I hope so.
As Jessie said today, this heat feels so ominous. Just wrong. And I know we've gone far longer than this without rain and I know we've had temperatures higher than these at this time of year but rarely. Florida is not known for its temperate weather. I remember the year that my first husband and baby Hank and I lived in a tiny cabin sitting at the edge of a cornfield a few miles from here and the day we moved in, in December, it snowed and that summer was so damn dry and so damn hot that the corn all died. It was the saddest thing. The farmer would come by and survey his field and shake his head. We had no running water but we did have a hand pump out back and I'd get out a canning kettle and fill it up about a third of the way and let baby Hank play in it. He loved it.
Oh my god. Did I really live that life?

Jessie brought the boys out today to give them a change of scenery. August is still quite sick, running a high fever and just full of snot. He told me that Dr. Ness wants him to use a nasal spray which is the truth. He hates the nasal spray. But his mama can convince him to use it and praises him to the heavens when he does. Poor little guy.
They had stopped at the Bad Girls Get Saved By Jesus (riding on a dinosaur) thrift store on the way out and Jessie scored. She got kid books and a lovely little Schwinn bike with a basket and training wheels, almost-new sneakers and a big truck puzzle book. Is there anything more fun than finding treasures for cheap, cheap, cheap?
Well, maybe eating cherry popsicles on a very hot day. 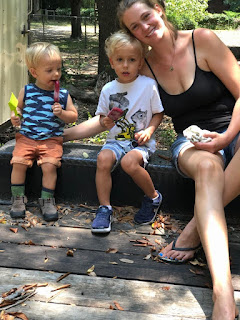 As you can see, Levon is quite fine and healthy but you can see the discomfort in August. He doesn't really complain except when he has to use the nasal spray but I know he feels bad. He has to.
We read some books, August and I, with Levon saying, "See! See!" meaning that he wanted to look at the pictures too. That little guy is growing up too fast. He's also becoming quite handsome. We had a leftover buffet for lunch but August wasn't interested in eating much of it. They didn't stay too long but left when August's temperature started rising as the afternoon progressed which is how it works.
I was so happy to see them and sent Jessie home with some wild pig sausage and the rest of that wild pig ham I'd cooked to do with as she wanted.

And then I ironed and watched the documentary, "Going Clear: Scientology and the Prison of Belief." My fascination with cults continues.
Mr. Moon now has a nice assortment of clean and ironed shirts and I had an excuse to watch TV in the middle of the day.

So it goes, so it goes. I think that Ellen is correct about the heat is preventing the garden plants from setting their fruit. My cucumbers and green beans are pathetic and although I do have some tomatoes ripening, not much else is going on.

Are we loving the classy and cool ways the Brits are trolling Trump? Up to and including the queen.
I am. Trump's such a ding-a-ling that he probably doesn't even realize it and of course he claimed that the number of protesters was very small.
Hahahahahahahahahaha!
I'll tell you something else that really IS small. 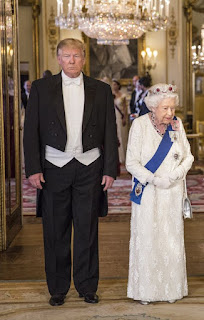 Would you look at those hands?