A Long Winded Diatribe But I've Got A Lot To Say 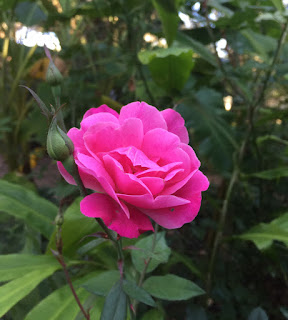 Okay. I'm trying to come to terms with how all of these accusations of sexual harassment and abuse and rape which are coming forth make me feel because I have been having very confusing reactions to them.
First off, let me say that I believe these women whether they are talking about Harvey Weinstein and rape or the Foggy Fogey GW Bush and an ass grab. And let me also say that I believe the men who are starting to come forward as well because god knows it's not just women who are abused but  for right now, I'm discussing the women because I am one.
Secondly, I will say that I am not surprised in the least. I am not surprised at the abuses and I am not surprised at the complicity of those around these men of power.
I am also not surprised that it's taken so long for these men to be named by their victims. I understand that.
I understand all of these things and it's not because I've seen what happened to women who were drugged and raped by Bill Cosby and it's not because despite being an admitted sexual harasser, Donald Trump got elected president and it's not because Harvey Weinstein got away with his evil for so many years.
These are just a few of the public examples of what happens when women report.
They are disbelieved, they are accused of leading the abuser on, they are accused of being in the wrong place at the wrong time, their past sexual histories are made public, they are called liars, they are called attention-seekers, they are called complicit in what their abusers insist are consensual acts.
And so forth.
Hell, Freud's theory about father-daughter incest was that it was due to a "cold wife and mother and a seductive child."
How's that for blaming an innocent victim?
But you know what else?
It's also because women themselves have internalized the message that this is just how men are. And that no, it's not exactly right but hey! Shit happens. And maybe we did lead someone on. Maybe we flirted a little bit and the message was mistaken. Maybe we knew that that sweater was a little low-cut. Maybe we knew that if we smiled and joked with the boss, our chances of getting a raise were better. Maybe we knew that if we were just a little more personable with our customers, we would get better tips. Maybe we know that if we hadn't had those last two drinks we wouldn't have ended up in a situation that led to something we really did not want at all.
And so forth.
Listen- even I have internalized this message and you want to know why?
I'm not sure.
But I think of things that have happened in my life that were not related to the sexual abuse I suffered as a child (of which I am in NO doubt that I was not in any way to blame for) that I shrugged off and accepted and just "forgot about it" which I have not actually forgotten at all.
In fact, I still think of these things which were done to me, some by strangers, some by bosses, some by acquaintances, some by a few of my dearest male friends, and when I do think of them, I still feel deeply uncomfortable and creeped out and if that's not an indication that we never really get over this shit, then I don't know what is.
And I am ashamed of myself for sometimes thinking when I hear some of these stories, "Well, that's not so bad," because it IS bad.
Anything that a man does to a woman from a place of power which makes her feel uncomfortable is simply wrong.
And although we may consciously think that well, nothing REALLY happened or okay, but it wasn't actually rape, in our hearts and in our souls and in our very guts, we know that something did happen. And it all adds up in every woman's life and becomes a part of her in ways that she doesn't even realize because it is so fucking common and so fucking accepted that boys will be boys, hahaha! and because we are told over and over and over again that if we just hadn't had too much to drink or hadn't been in that parking lot at 1:00 a.m. or hadn't worn that damn short skirt nothing would have happened and anyway, it's probably our fault.
Because (say it with me) boys will be boys.
Except, we've all had men do things to us, say things to us, when we absolutely knew we were not to blame. That the only thing we were guilty of was being young and pretty or older and vulnerable or merely being female.
And yet, to call a man out on his behavior is so very often unthinkable.
And why is that?
Oh yeah, because we might get fired or we might be perceived as being a bitch or we might get told we can't take a joke or we might get told we're out of our minds because he would NEVER sexually harass a woman. NEVER or...
things could escalate and we might really get hurt. I don't care if the guy is Donald Trump or Harvey Weinstein or that creepy boss you had at McDonalds or a guy you're just really good friends with or some fellow at a bar or the oldest man in the nursing home- there is always the potential for some sort of retaliation which could be in some way, extremely dangerous.
So we ignore. We "forget about it". We tuck it away and get on with it. We think, "Oh, he's really a good guy. I don't want to get him in trouble." We convince ourselves that the guy didn't really mean it. That he was just being funny. Or it was a compliment!
Or something.

I haven't discussed any specific incidents that happened to me here and maybe that's because once again, I'm just internalizing that message- oh, it wasn't really a big deal- but I just thought about a professor that I had once and how I was struggling so hard in his class. I was older than the average student and this was a class that mostly women took because it was a requirement for nursing school. But I was still relatively young- 28, 29? Something like that. The single mother of two.
And I went to his office during his office hours to get help and the first thing he did after I sat down was to get up and walk around the desk and LOCK HIS OFFICE DOOR.
He didn't do anything besides that which was out of the ordinary. He didn't make any moves, he didn't say anything that went beyond mild flirtation (which was inappropriate anyway, of course) but I sat there, knowing that he had locked his door and that if I cried out for help, no one would be able to get in to help me.
This of course was improbable BUT because I was a woman, because he was a professor on whom my entire degree and career might depend, but mostly because he was a man, I felt threatened and creeped out and fearful and completely unable to speak up and ask that he not lock that door.

And thirty-four years later when I think about that, my stomach still tightens.

Again- on the surface nothing happened.
But you know what?
Something did. And even that was sexual harassment, subtle as it was and I dare anyone to say, "Oh well, that really wasn't such a big deal."
Not even myself.
I can't even say that.

And what I hope will happen as a result of these public examples of women finally coming forth to name and shame their abusers, is that it won't just be the Ashley Judds, the Angelina Jolies, the Mira Sorvinos who gather all of their courage and step forward to say, "No! This is not right and you are NOT allowed to treat me this way and what you did was wrong and immoral and inappropriate and and also- against the law."
It will be the waitresses, the students, the secretaries, the bartenders, the teachers, the bank tellers, the nurses, the doctors, the chefs, and the artists. It will be the women who have not been given power by society but who deserve to be able to live their lives free of the fear of molestation and retribution if they report it. Who deserve to be believed. Who deserve the respect that any human being deserves.

Being able to write "me too" on Facebook is a start but dammit- it's got to go so much farther than that.
All of us are "me too's". Virtually every last one of us.
And now we have to go on to the next step which is so much harder than admitting the truth. We have to claim the power.

John Lennon said that women are "the other half of the sky."
Why do we forget that? Why do we give so much power to men to make the laws that govern our bodies, to let the rapists go, to make us feel as if we are to blame for the crimes committed against us?
It is not our job to let boys be boys. It is not our job to protect those who harm us.
Could we please, in the name of all that is holy and right, stop doing that?
It is not easy. Hell, I'm not even sure it's possible.
But I think it might be.

Especially if we stand together.

I love us all for surviving and I encourage us all to never forget. No matter what we are told, let's not forget.
As if we even could.