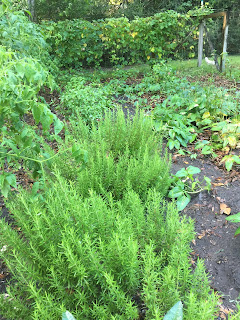 Part of the garden that I worked in today- weeding, mostly. I cleared the weeds in the sweet potato bed and down the zipper cream pea rows. As I worked in the peas, I would brush against the rosemary, the Thai basil, the regular basil which released their scent and I was already half drunk on the smell of dirt and roots as well as the heat and I became even more intoxicated.
Finally, when my head started getting a little too swimmy, I went and found my husband working on the fence and said, "Let's go to the river and jump in."

We had thought the place would be packed but when we got there we found it to be relatively empty of folks. Probably most people had already gone home to grill their burgers and light their sparklers and we didn't have to share it with many people at all. 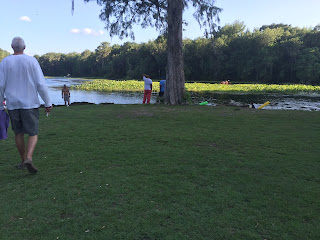 We set our things down on the grass and dove right into the cold, cold water and we were reborn.
A beautiful breeze was coming off the river and I felt like the luckiest girl in the world. 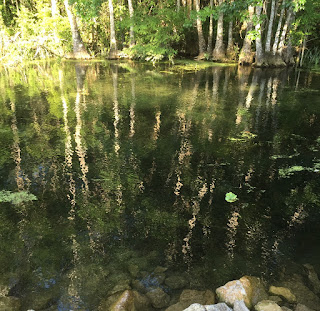 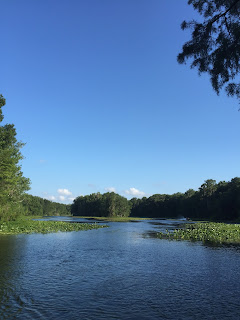 The going-down sun was performing magic tricks of light on the water lilies, the Spanish moss-draped cypress tree above us. 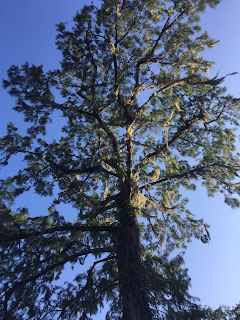