This Is Your Brain On Anxiety/Nervousness/Excitement 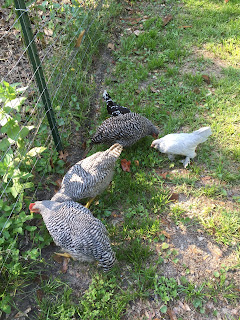 I should be packing. Am I packing? No. Not at this moment. I am not packing. I will be packing soon. It has been a full, full day. I had to go to town and pick up things. Things I need. Plus, take Mr. Moon to get his rental car. I keep thinking that packing is going to be a breeze. I am not taking much in the way of clothes. A few dresses. Two skirts. Maybe two shirts. Underwear. Etc.
Also (and here it gets a bit more silly): Imodium, sun screen, bug repellant (because ZIKA! which I probably already have), ear plugs, herbal sleep aid, Benadryl, band-aids, Neosporin, Ibuprofen, Alka-Seltzer.
Plus, some other stuff.
I will be the nurse. Haha!

So today I was getting out of my car at the Walgreens and a car went by and a guy yelled out the window, "Where's my crack?!"
And I was like, "Dude, I have no idea where your crack is. Whoa. Maybe I'm at the wrong Walgreens." While I was waiting on my prescription (for 10 Valiums) a man in a wheel chair came up to me, right in my personal space and demanded that I let him use my phone. I had just heard the pharmacist tell him that he could use their phone in a minute.
"The pharmacist just said you could use his phone," I told the guy.
"NO! LET ME USE YOUR PHONE!"
Part of me was like, He's in a wheelchair. I should let him use my phone and part of me was like, I don't care if he's in a wheelchair. He's fucking rude.
Luckily, just then the pharmacist called out, "Miss Mary!" and then put the phone where the guy could use it.
Boy. I was grateful.
So. I was called "Miss Mary" three times today. Once by the much younger receptionist at the Nurse Practitioner's office. Once at the pharmacy where I get my hormones, by a woman about the same age as I am. The third time, yes, at the Walgreens by the pharmacist there and he was a younger Asian man with an accent. Asian accent. Don't ask me what kind. I'm an American. I don't know shit. I feel bad about that but I don't.
Lord. I must look so old these days. Here in the south, we often use the honorarium "Miss" in front of a woman's first name when she gets old. I do it myself.
Guess it's my time and my turn. I don't really mind it. It's sort of sweet. Better than being addressed as "Hey old lady!" I guess.
As in, "Hey old lady, WHERE'S MY CRACK?"
At least crack guy didn't say that.

Mr. Moon has gone to auction. He did not seem nearly depressed enough about my leaving for a week if you ask me.
"Do you love me?" I asked him after I kissed him good-bye.
"Yes. I love you," he said. Not in an overly tender way, either.
"But do you REALLY love me?"
"Yes. I really, really love you." At this point, I could tell he did not want to be questioned further about the matter and was ready to get on the road to Orlando.
I'm pathetic. You'd think after thirty-three years of being with him, I'd be a little more sure of this sort of thing.

Did you hear that interview on NPR with the guy who is an expert on fish sentience?
I give the fuck up.
Not only do fish feel pain (and did we really doubt that?) but farmed salmon often get so depressed that they "give up on life."
What does that mean? Do they drown themselves?
I don't mean to make a joke about this. It's not funny. And to be honest- meat eating is absolutely a deep moral issue. I know it. You know it.
I was discussing this with May a little while ago. She does eat some fish but hasn't eaten meat-meat since she was about twelve. We decided that the most guilt-free animal protein on the planet is the eggs my chickens lay. I do not ask them to lay eggs, I do not force them to lay eggs, I do not constrain or restrain them to lay eggs. They simply lay eggs and then get up and leave them. They don't seem to care a whit that I steal them. Not one bit.
Not a whit nor a bit.

The sun is going down. It's the Golden Hour. 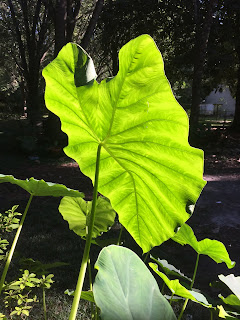 It is the Summer Solstice. Is that right? And tonight is a full moon. 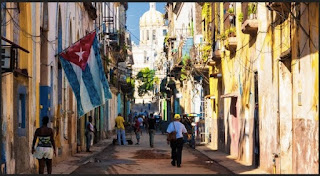 This is Calle Teniente Rey which is where the place is I'll be staying in Cuba. It is in "old Havana." I still have no idea what "the place" will be like. I'm not worried about that. Here's the main, main, MAIN thing I am worried about- that I will not be able to stay up until the early morning hours which seem to be required on this journey. As I have said, the musicians I am going with do not start their performances until 11:00 p.m. And I know musicians and I know clubs and I know that 11:00 p.m. could well mean 11:45 p.m. Or later. And that's just in the United States!
Ay-yi-yi!
I talked to Lis this morning and we made a mutual vow not to allow each other to either eat or drink too much so that we will be alert and peppy and so forth.
I'll let you know how that goes. Of course Lis, being a musician, has no problem staying up until the wee hours. Her problem is going to sleep at a reasonable time.
"Reasonable," by my definition, being before midnight.
I, on the other hand, frequently take a two-hour nap in the afternoon so that I can stay awake until, oh, say 10:30.

Well, that's a bit of an exaggeration but not by much.

I should eat a damn salad for supper. Or leftover green beans and rice. Maybe an egg.

Does reading these posts cause anxiety in the reader?
I hope not. I have enough for all of us.
More than enough.