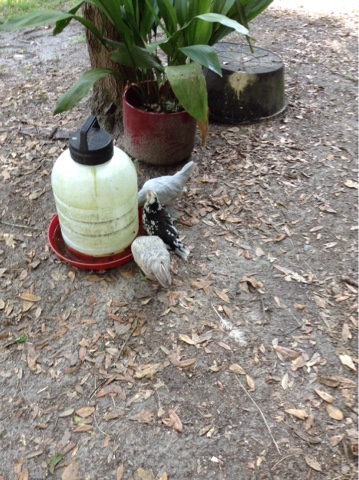 Someone wrote a comment on a FB post of mine last night that made me grind my teeth all night long and I really wanted to reply back but knew it best to wait until the rationality of the light of day took over.
I watched a little video of Jimmy Fallon's this morning where he talked about how we should all have the right to our own opinion without fear of being shot or even humiliated on social media and I thought that was wise and to me the bottom line to all of this mess is that whether a massacre occurs because  a guy went crazy due to Christian teachings or Muslim teachings or terrorist groups easily accessed by the Internet or self-hatred or something wrong in their genetics or WHATEVER, it is the easy accessibility of assault weapons which allows their insanity to find fruition in the blood and deaths of the innocent whether in a school, a movie theater, a church, a government building, a McDonald's, a nightclub.
No one in their right mind decides to kill innocent others.
You cannot convince me otherwise.
And there will always be murders. There always have been. Humans are and forever will be fucked up. But to give them the ability to act in their insanity in such a horrendous way is to display a sort of cultural insanity which goes beyond belief.
Ban assault rifles. No. It won't prevent all future massacres from occurring but it's a completely reasonable and sane place to start. The evidence is so clear that the mere fact we are disagreeing about this shows a level of national insanity which is sickening. And horrifying. There is no power on this earth which can prevent insane murderous raging but we can and MUST legislate a way to deny the means by which this insanity so easily delivers death to the innocent.
I've had my clumsy say. That is my opinion.
Love...Ms. Moon
Posted by Ms. Moon at 10:05 AM