It stormed all night long. Great house-rattling blasts of thunder and lightening, rain pouring throughout.  Maurice was fearful and wanted head-petting until she didn't and then she grabbed my hand with her claws, biting in her version of love. She cuddled up next to me the entire night, leaning on me in worry, I think.

When I finally got up this morning it had stopped raining but thunder still rumbled to the west. I went to let the chickens out to their run, trying to shake off the damn dream I'd had which ended with me going into a room thinking I was going to finally find my husband whom I'd been looking for but instead, was greeted by my mother who was crying and grabbed me and was rubbing me all over and she looked a little like Queen Elizabeth and I kept saying, "No. No! You're dead! Get away from me!" and she was so happy and I was so scared and I finally said, "This has to be a dream. Dead people don't come back and I need to wake up right NOW!" and I woke up and it was a dream but shitfire.
Brain- don't be doing that shit to me anymore. Okay?

Such a strange time of year and all of the spiders are dying, their once-so well-kept webs now in tatters, still strong enough to catch the falling pecan leaves making strange Halloween mobiles with invisible strings. 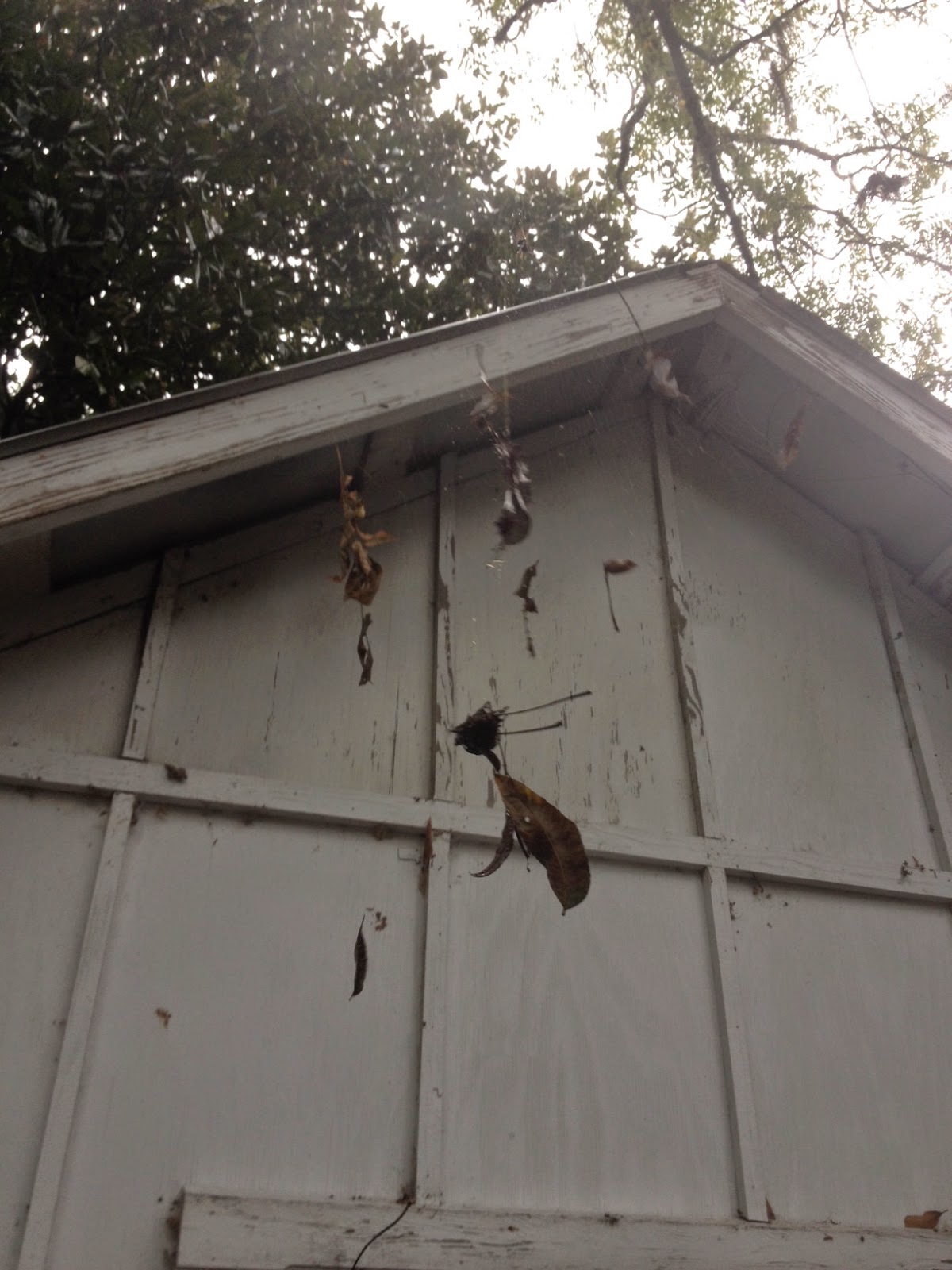 It's all a little creepy if you ask me. The gray sky, the distant thunder, the rain which comes and goes, the dangling brown leaves hanging in space. Or maybe that's just me and the dregs of the dream.

Maurice isn't very happy about it either. 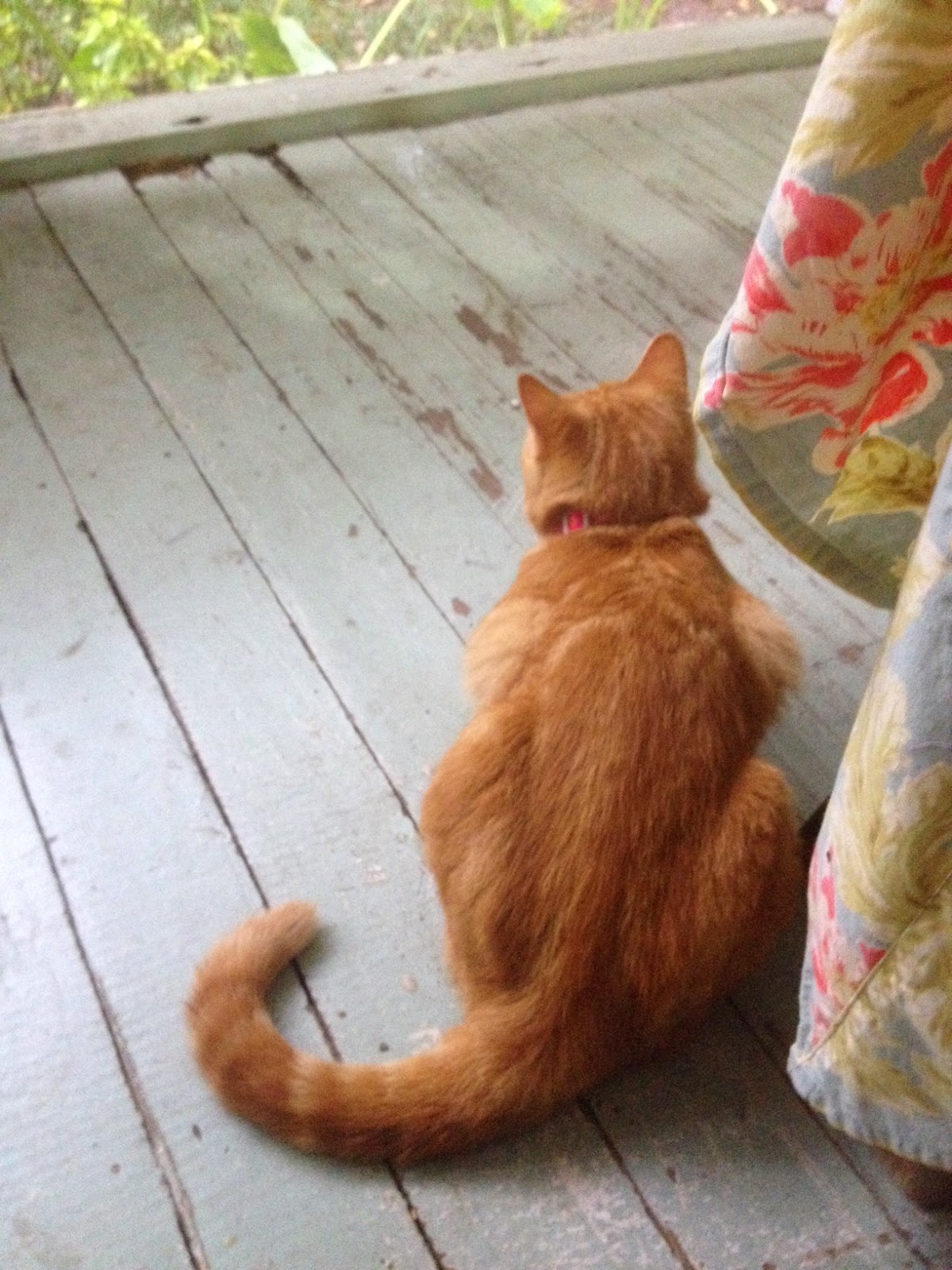 She seems to think she could perhaps do something about it, but what?

I drank some leftover smoothie but now I think I need an egg. God knows I have plenty and it sounds like I just got another from Miss Nicey. Perhaps Maurice would like one too. I think I'll read today. This world is freaking me out a little. It would be a good thing to slip into another.