And So It Goes, Part Twenty One Thousand, Nine Hundred And Something 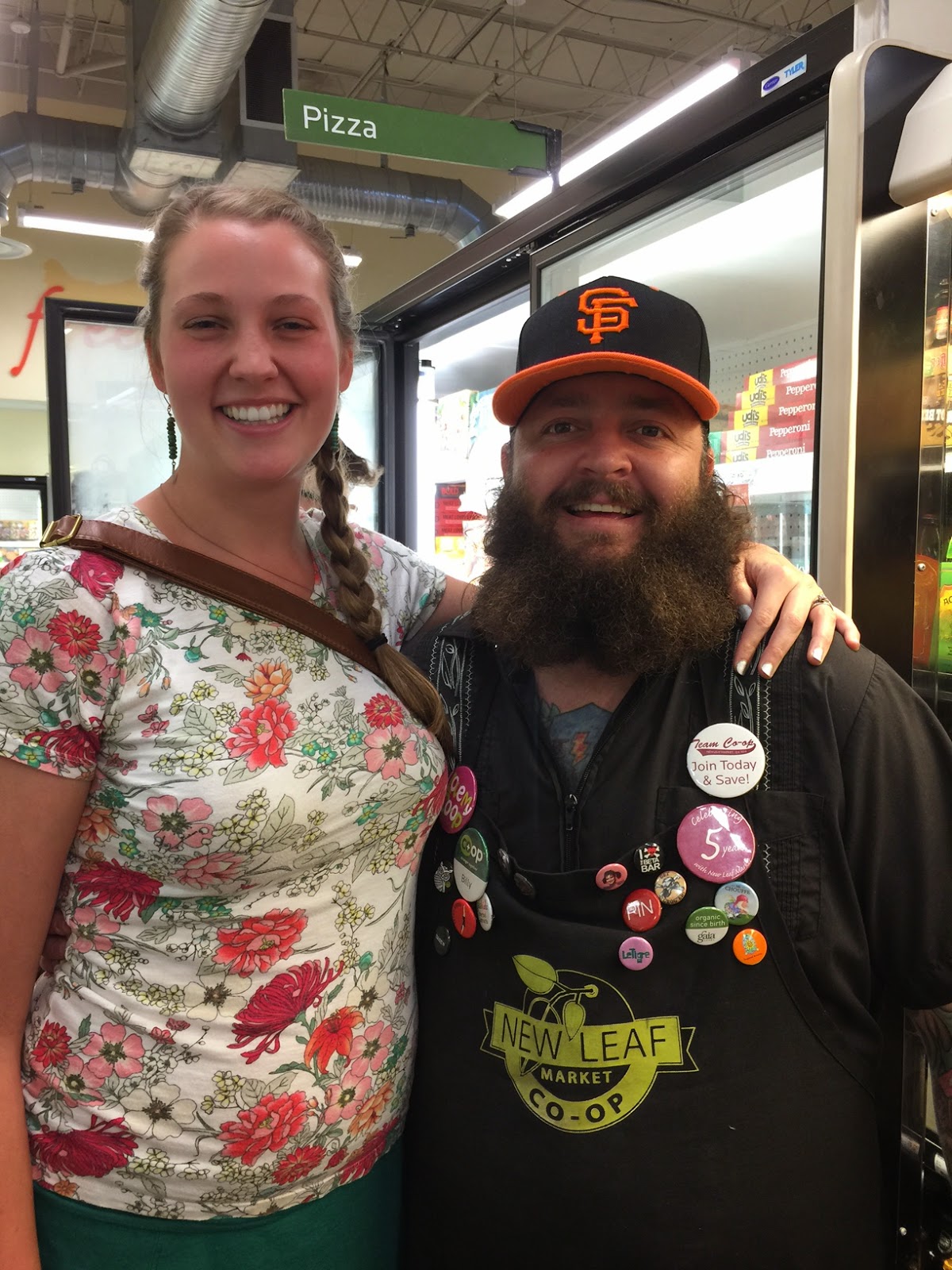 Ms. Jessie and I went shopping today. We thought we were going to Goodwill but we wanted to go see Billy first who is already back at work. It was such a sweet sight to see him there. Doesn't he look fabulous? Some people on this earth were just put here to make it a better place.
There's two of them, right there. We hugged Billy because you HAVE to hug Billy, but we were very, very gentle.

Then we decided to go into Ross which was right next door. Jessie tried on some dresses but didn't get any. I bought two things. I don't even know what to call them. Tunic-y things? One of them has fringe. One is more sweater-like. Then we decided to eat. We went down to another place in the same strip mall, an Indian place where we were surprised to see that they've begun having a lunch buffet on weekends, no doubt due to the fact that another Indian restaurant opened up just a few blocks away which always has a buffet.
It was awesome. It was so awesome that I'm still full as a dang tick. They kept putting things away while we were there (we barely made it in time) and we were like, "Uh, we want some of that rice pudding, okay?"
And we got it.
Oh, it was all so good.
Then, in the SAME strip mall, we went to Beall's and Jessie bought a rug and the most darling ceramic Buddha baby lying on an elephant's back and I bought a picture frame for the picture I forced her to give me. 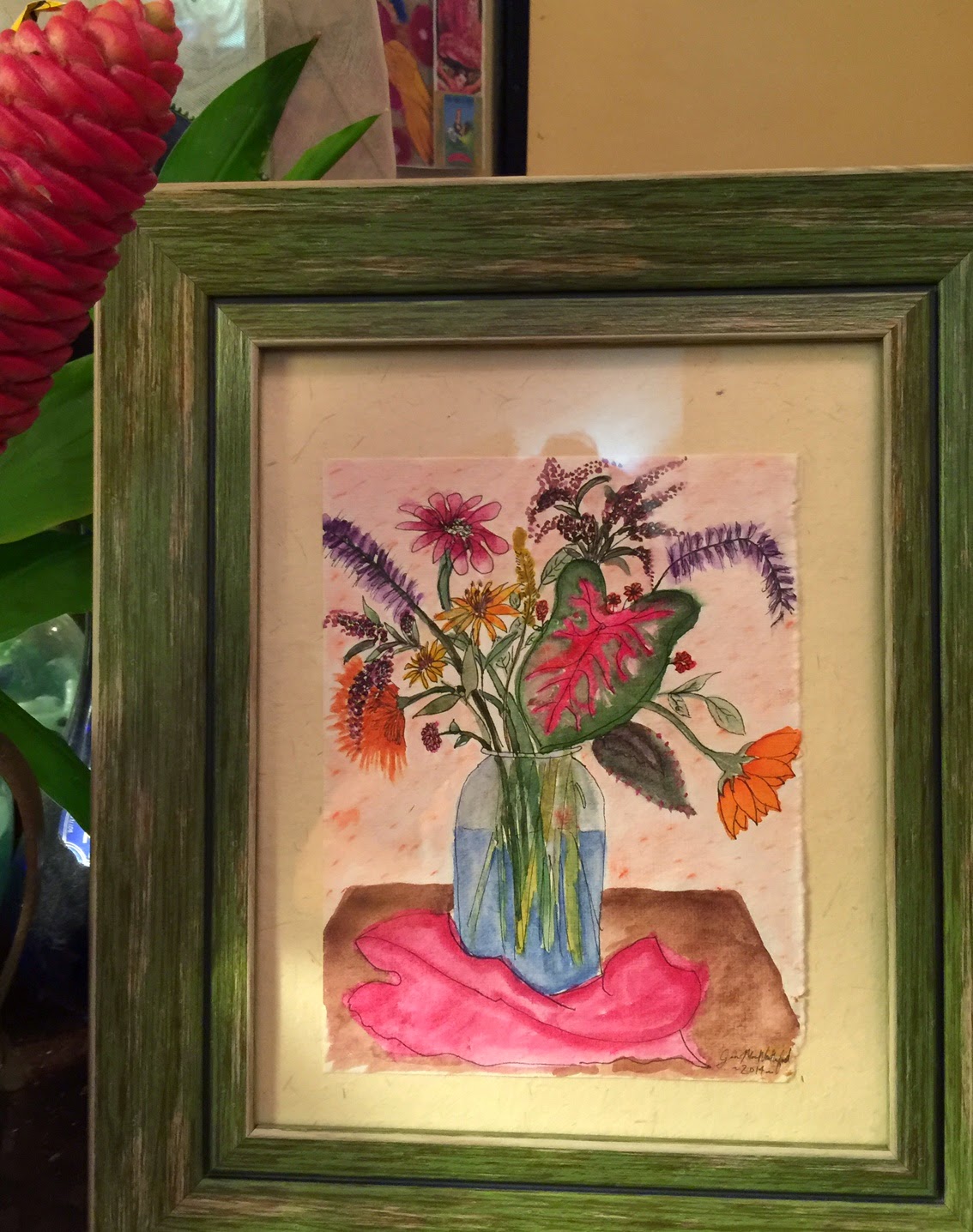 Remember that picture? Wouldn't YOU have forced your kid to give it to you?

I had really hoped that it would fit into a frame I bought a long time ago at the thrift store they run for the Bad Girls Who Get Saved By Jesus place. I payed $2.39 for this beautiful thing. 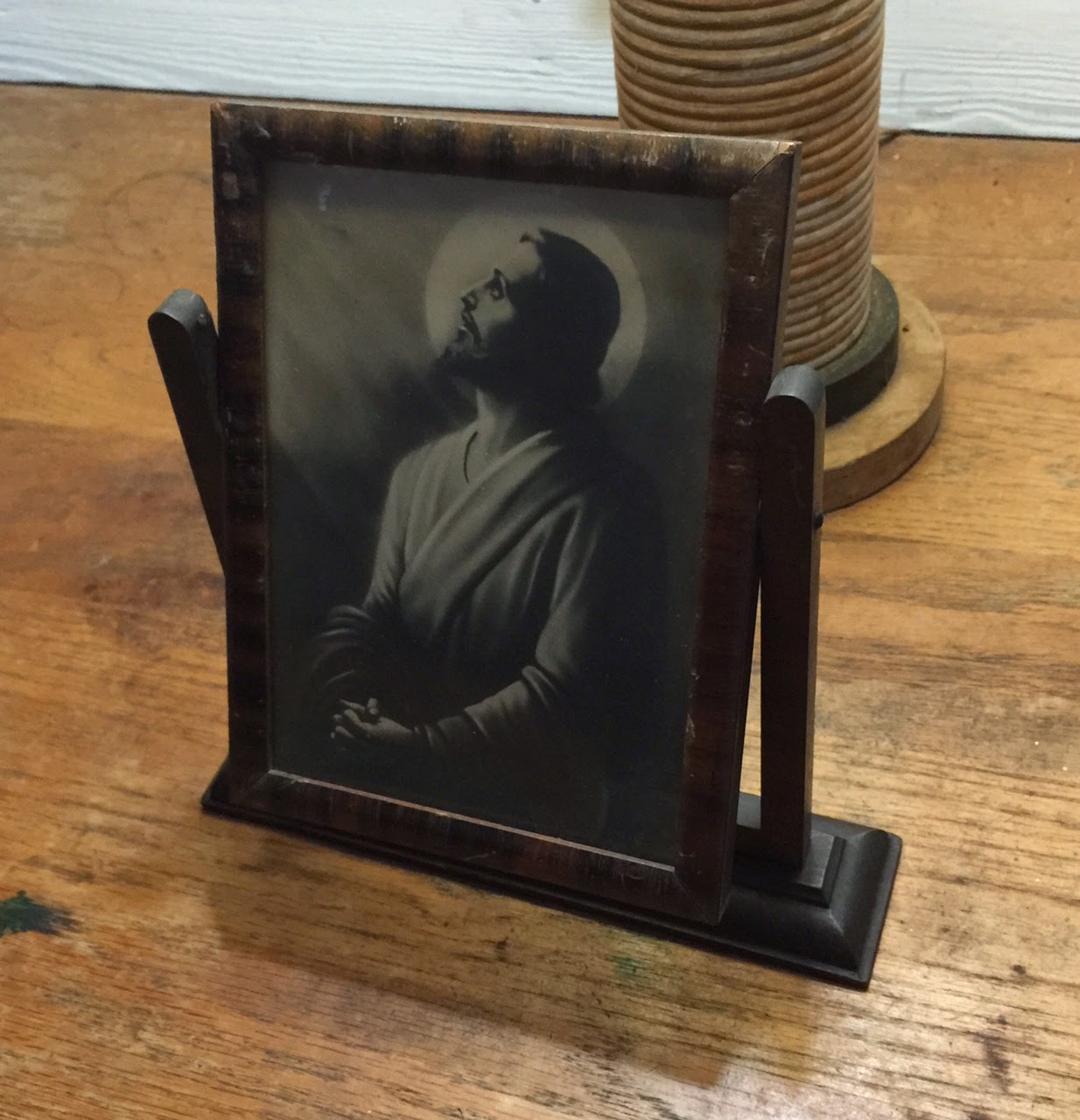 I'm not a big Jesus person, as you may know. Especially as portrayed in Western art. I call that one a Hippie Jesus. A hippie white-boy Jesus. And you know, I loved those hippie boys who looked like Jesus (and honey, there were a lot of 'em!) when I was a young hippie but somehow, I don't think that if Jesus did actually live and die on the planet, he looked anything like that.
Which, duh.
But I love that frame. Some day I'll put something worthy in it. And I love the way Jessie's picture looks in the green frame. Rather perfect.

After lunch and Beall's, I was fading fast. I either needed a nap or a cup of coffee and there was not room in my belly for a cup of anything but Jessie had a coupon for a free rotisserie chicken at Whole Foods if we bought $50 worth of stuff so we drove over there and wandered around and ran into Melissa! Which was such a sweet little lagniappe. We didn't quite buy $50 dollars worth of stuff but the very cool lady at the cash register just threw the rules away and gave it to Jessie anyway.
Then I took Jessie home and drove back to Lloyd and here I am.
I never did clean out the hen house but my sweet hens gave me five eggs anyway. It's driving me crazy that I don't know where Missy and Eggy Tina are laying. I went out with the flashlight and got down on my belly and looked under the old photo lab to see if they were laying under there but I didn't see one egg. I just keep visualizing a mound of eggs about four feet high. Somewhere. I've looked in the Nandina and Pyracantha bordering the yard and under my office, the old detached kitchen, and under the deck and I just don't know where else to look. It would probably be an interesting thing to do to follow them around one day, all day, until I figure it out.

In the meantime, I hope that at least coons and possums are getting the good of those eggs and we have plenty, even without them.

It was a good day and I was passing out compliments left and right to total strangers about dimples and earrings and I really wanted to tell the guy at Whole Foods that his afro made me sort of want to swoon but I restrained myself.
I have no idea why.

That was my day. And I still love my new phone and let me just say that the ear buds they include when you buy it are redesigned and it would appear that someone at Apple actually looked at a human ear canal and I love those too.

Maurice is meowing at me like I need to cook supper now but I'm still so full and so is her bowl so she needs to calm down and go with the flow but you know how cats love to stick to their schedule.
Now she's hunting flies. I hope she catches all of them. I have spoken to Owen on the phone who asked me, "What did you need to do today?" and I told him that I really hadn't needed to do much but that I had gone shopping with Aunt Jessie.
I wonder if he thinks that the only reason he doesn't come to my house every day is that I have things I need to do.
I would not be surprised. When I talk to him on the phone I always say, "You know you're my sweet little prince?" and he says, "Yes."
Fact of life, just like the sun comes up in the east and sets in the west. He and I have made our plans for this week. Lunch with sushi and noodles may be involved.

Oh god. The hog dogs have just started barking again.
Life goes on. As usual.
And isn't that sweet?