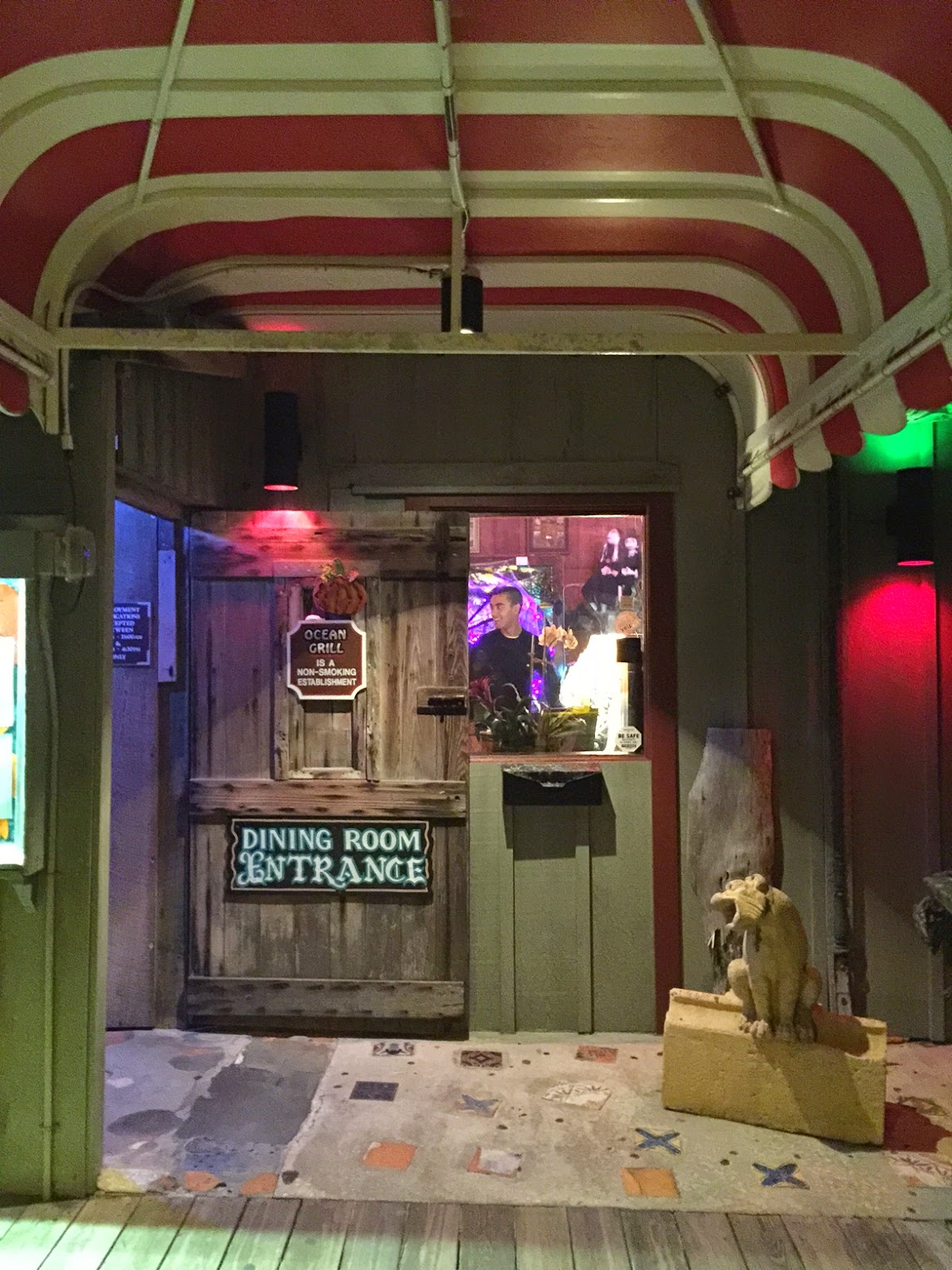 It was such a beautiful day yesterday. After our Sandhill Crane adventure we took a walk around Roseland. I love doing this. Seeing what has changed, what has not. I remember specific trees, if you can believe that. Beloved trees. Houses, of course.
I talked to a man who lives in my granddaddy's old house. He said he'd invite us in but that he had dogs.
Jeez.
Oh well.
They've put up a new sign at the Roseland Community Center. 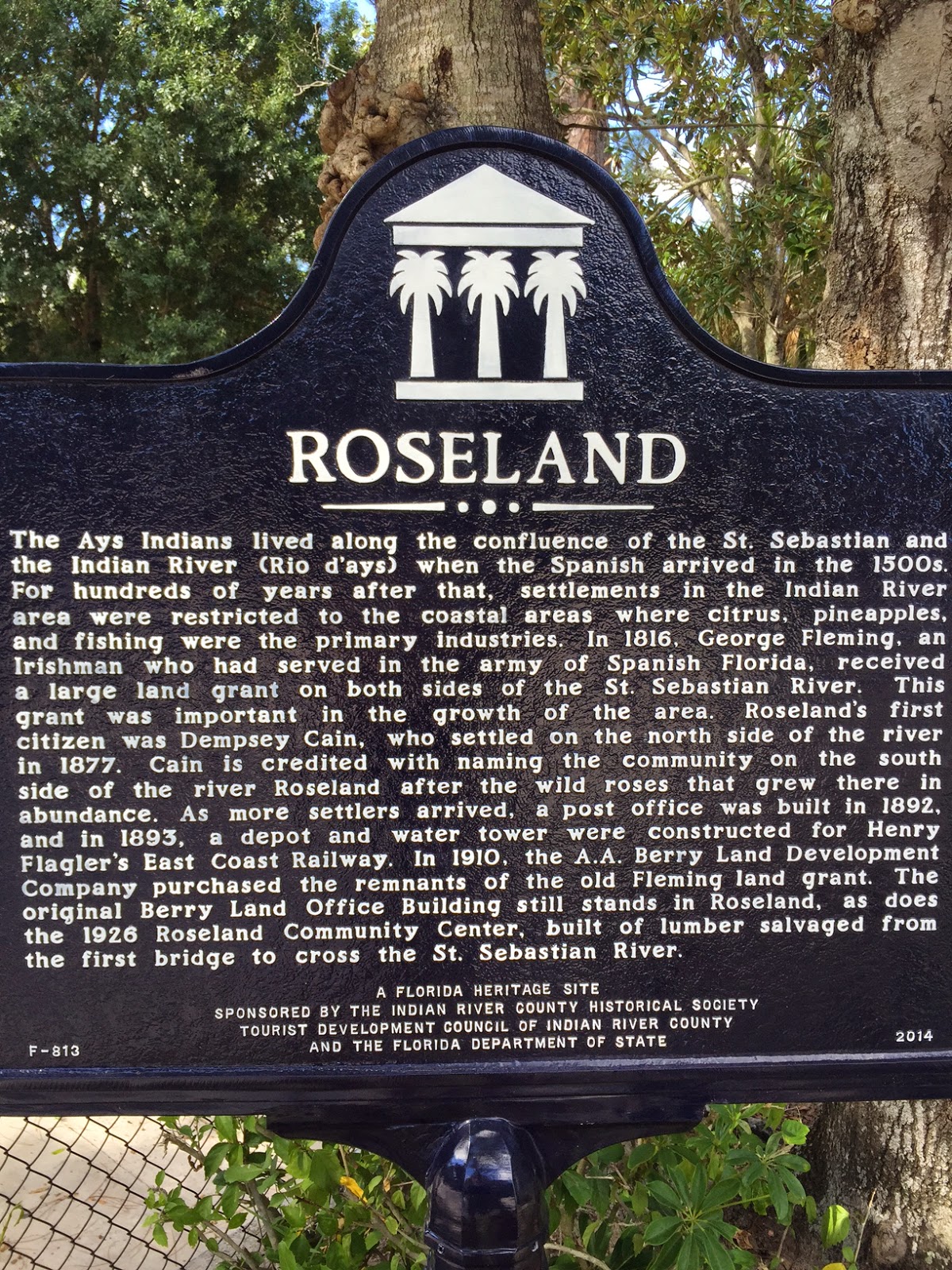 Learned stuff I didn't know but I do remember a very, very old lady telling us children that her daddy had named Roseland. Aunt Katie. So...a link to history. Aunt Katie had long white hair and she washed it with the rain water that collected in a barrel from the gutter at the back of her house. She used to tell us stories about Indians borrowing their dogs on their way to hunt up the river. They'd stop in their canoes and the settlers were afraid to say no to the Indians. They promised to share the meat with the settlers but when they returned the dogs, they always said they didn't get anything. But they did return the dogs. Aunt Katie told us about panthers peeking in the windows at night.

I grew up in a barely tamed place, y'all. And I realized yesterday that what I always thought of as woods here are really jungle. I grew up in a jungle on a river. How many people can say that?

We went to the Ocean Grill in Vero for our dinner last night. I've been going there since I was a child. It's an amazing place. Right OVER the ocean and the Atlantic was pretty wild last night, it was windy, and we stood outside and watched the breakers coming in and the wind tangled my hair and every one we talked to seemed to be from Connecticut and they have all moved here because it's so beautiful and yet, they don't know a damn thing about it. But they think it's heaven and they're right about that. Until summer and then it feels like hell. 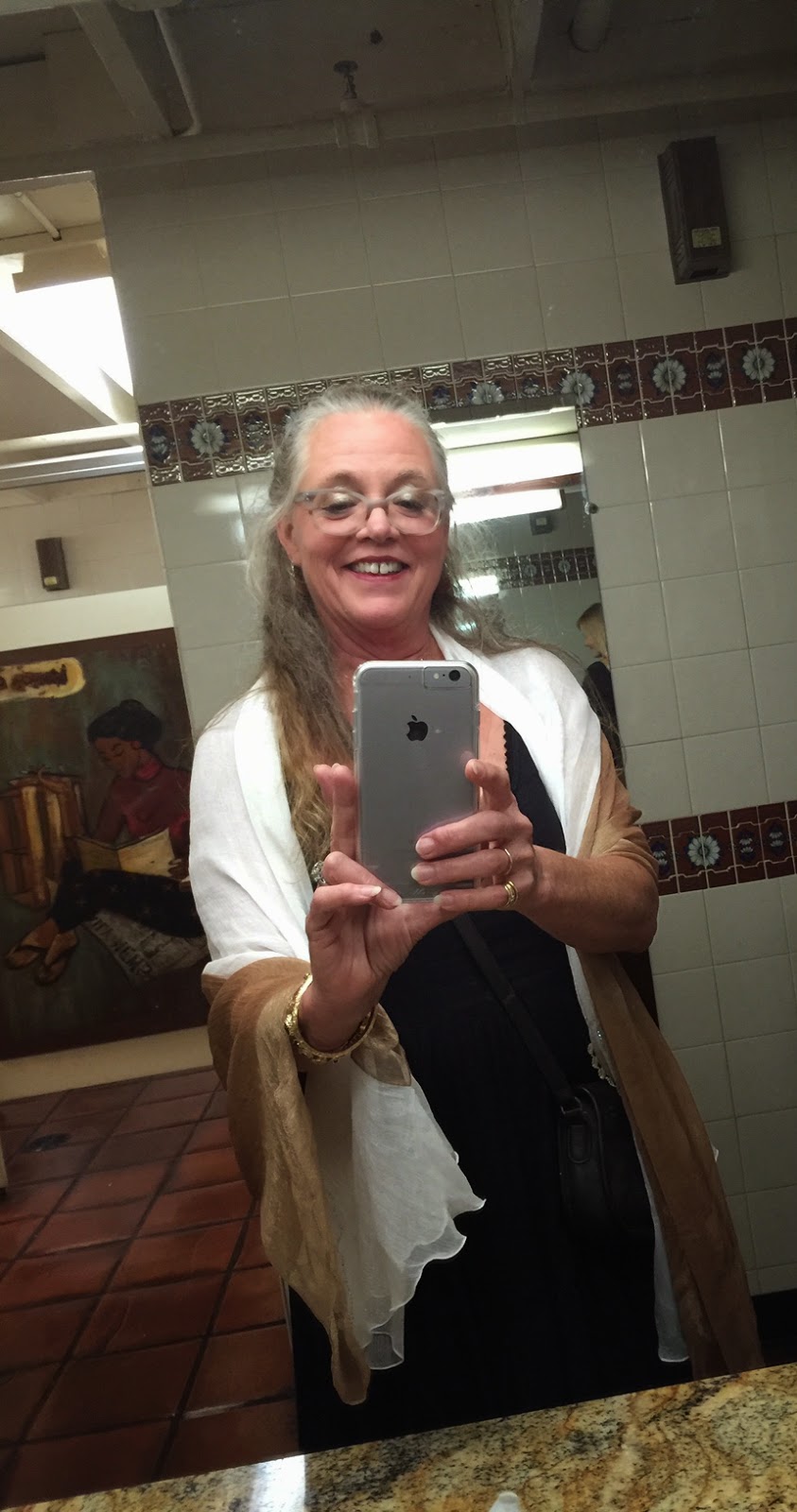 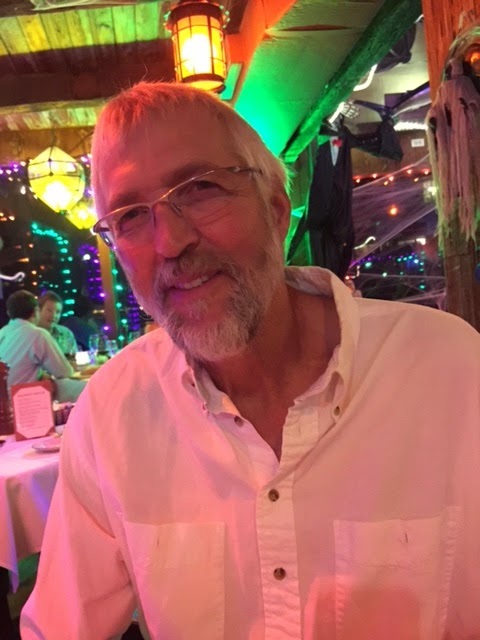 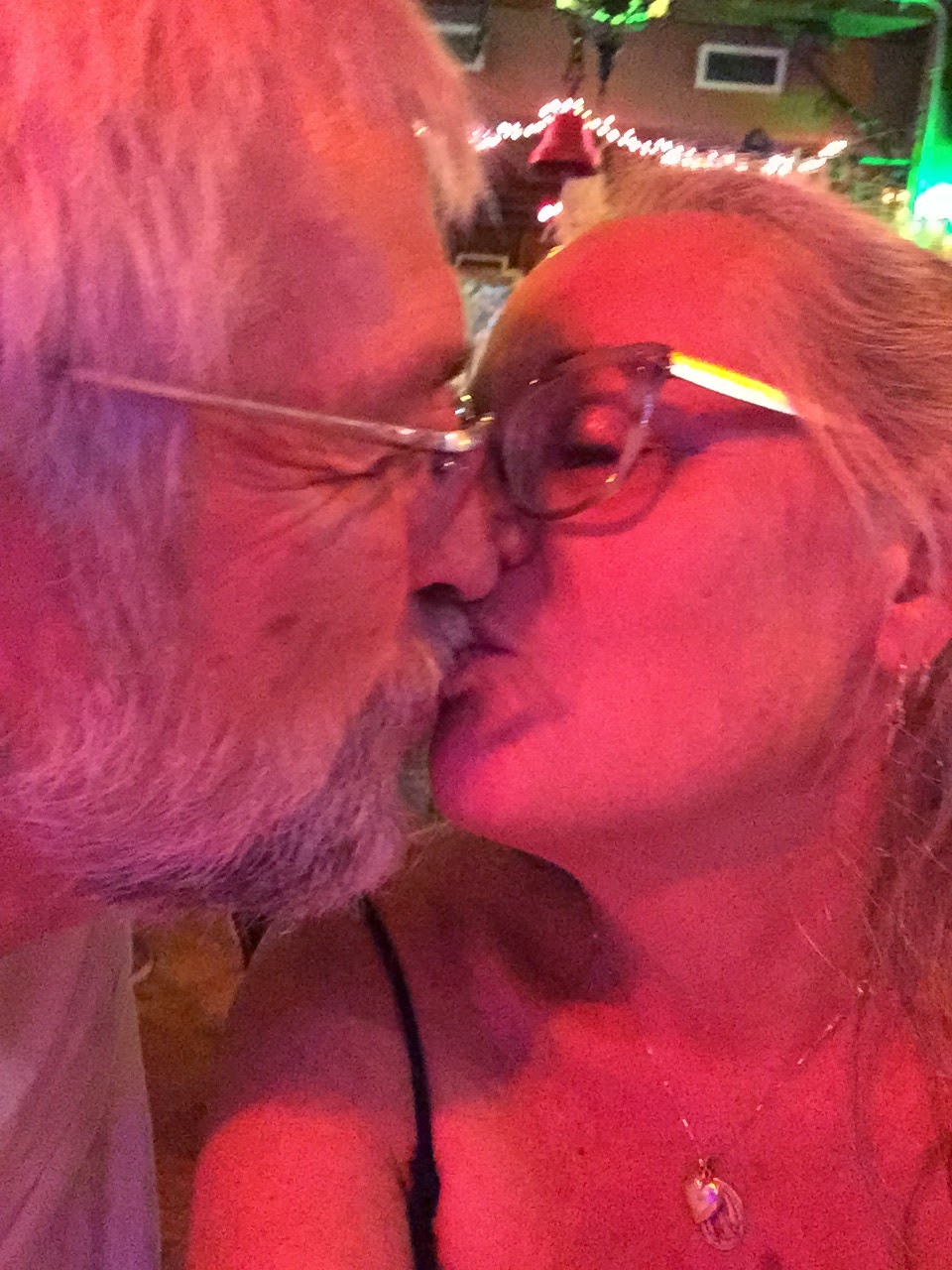 Here's what we looked like. I took that picture of me in the restroom because it's my favorite ladies room in the world and I've talked about it before and it's a long story so I'll skip it now.

After supper we drove back through the jungle with the ocean on one side of us and the river on the other and when we got to Sebastian we decided to stop at Earl's Hideaway, a bar that was here when I was a child and that place was hopping! I can't believe we stopped. It was like old days. A band and people dancing and yet ANOTHER guy from Connecticut who just moved here. And damn if we didn't run into the two women we'd eaten next to the night before at the crab place and they're from Connecticut too!
Fuck! Crazy! 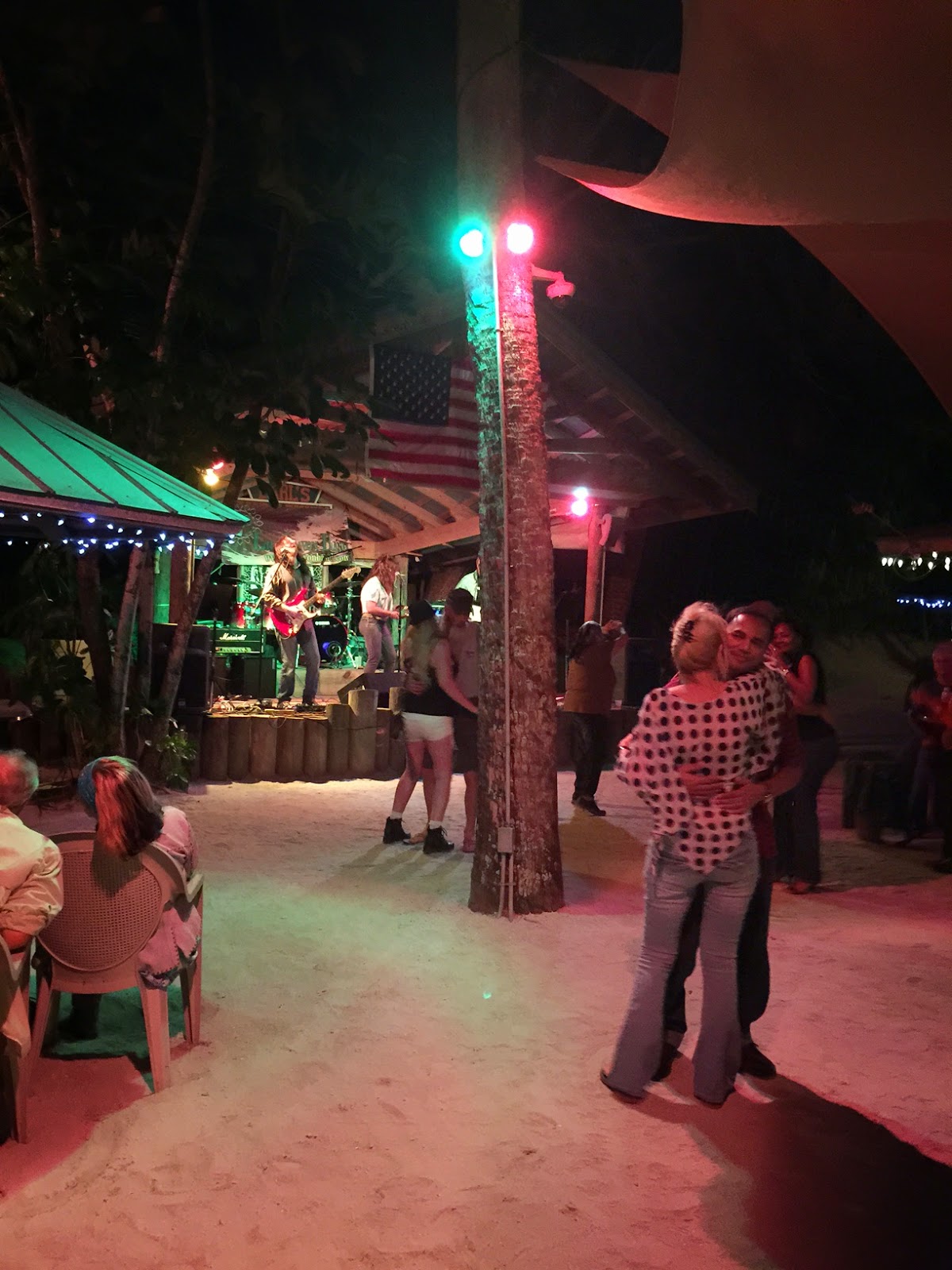 Outside on a beautiful night. White sand dance floor. The band was okay but not nearly as good as the guy from Connecticut thinks they are. "I've seen Eric Clapton live!" he said. "And this guitar player is better!"
Uh. No. No he wasn't. But he was quite adequate and the vocalist had a fine gritty wailing voice and the bass player was aces. So that was fun.
We didn't get home until midnight. Our actual anniversary.

And look what my husband gave me. 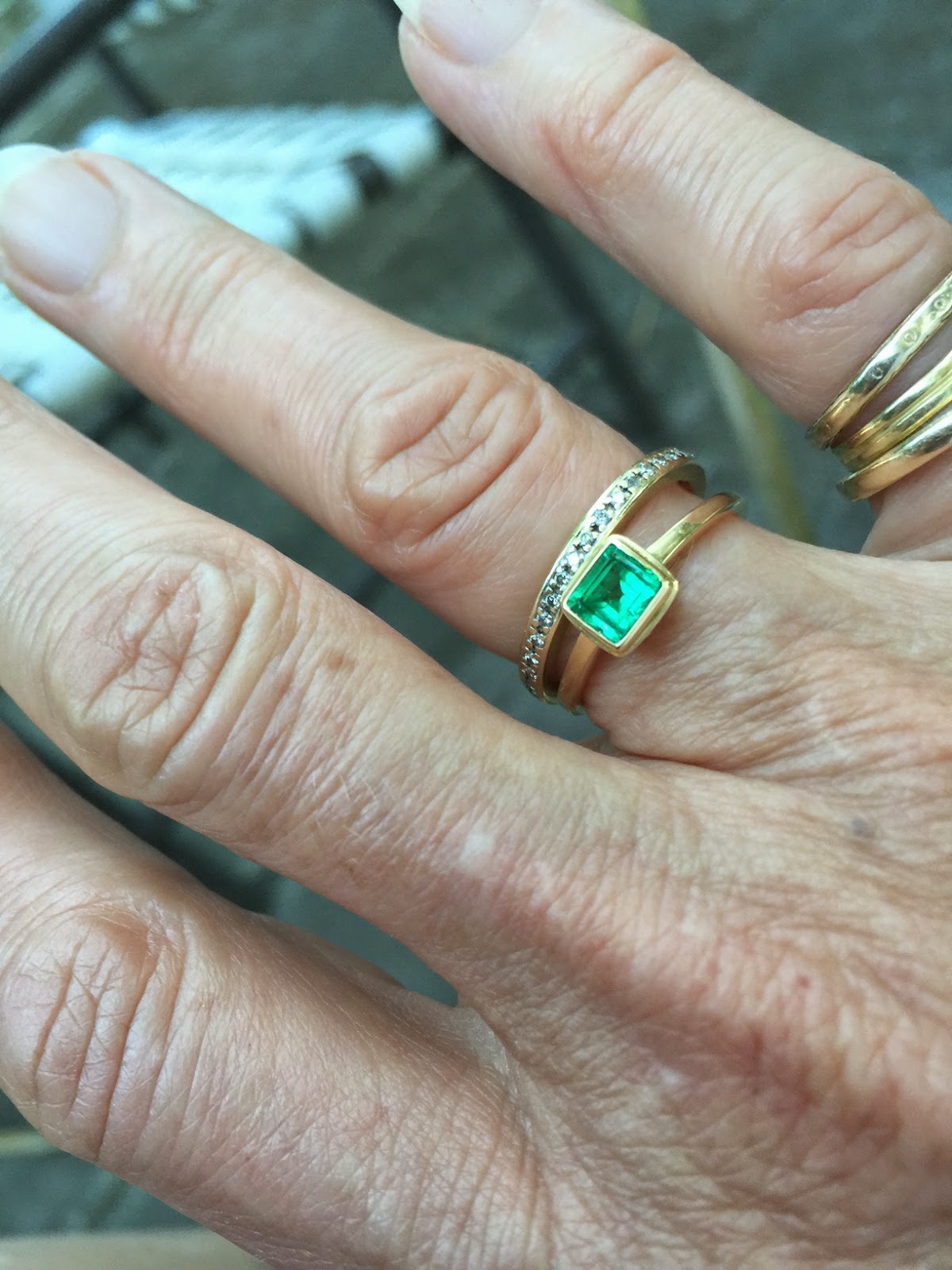 The emerald ring that Lily and I saw while out shopping the other day. I love it. I adore it. Simple, simple, beautiful green like a tiny chip of the water of Cozumel, like the tear of a jade goddess.
It reminds me of some of the recovered treasure they have at the museum in downtown Tallahassee from wrecked Spanish galleons.
Ah me.
I am thrilled. My daughters are going to fight over this one when I'm dead but I'm going to enjoy it now.

And this morning we got up early and went to the Methodist thrift store flea market and bought nothing and then we went to breakfast and let me just say this- EVERYONE in this part of Florida is a Yankee. Nothing wrong with that but it's just so true. And mostly old. I mean, I feel relatively young and spry.

And now we're back in this tiny piece of paradise.

Our real true anniversary and I am so happy to be here. Our last day and I want to cook our dinner tonight myself in this perfect little kitchen overlooking the pool and the river of my childhood which, like my life, continues to flow, this place that fueled my imagination and curiosity and mind when I was a child and always and forever will, these jungles, these waters, these skies.
And this man to share it with.

Luckiest woman in the world. That is me.
And I sure do know it.