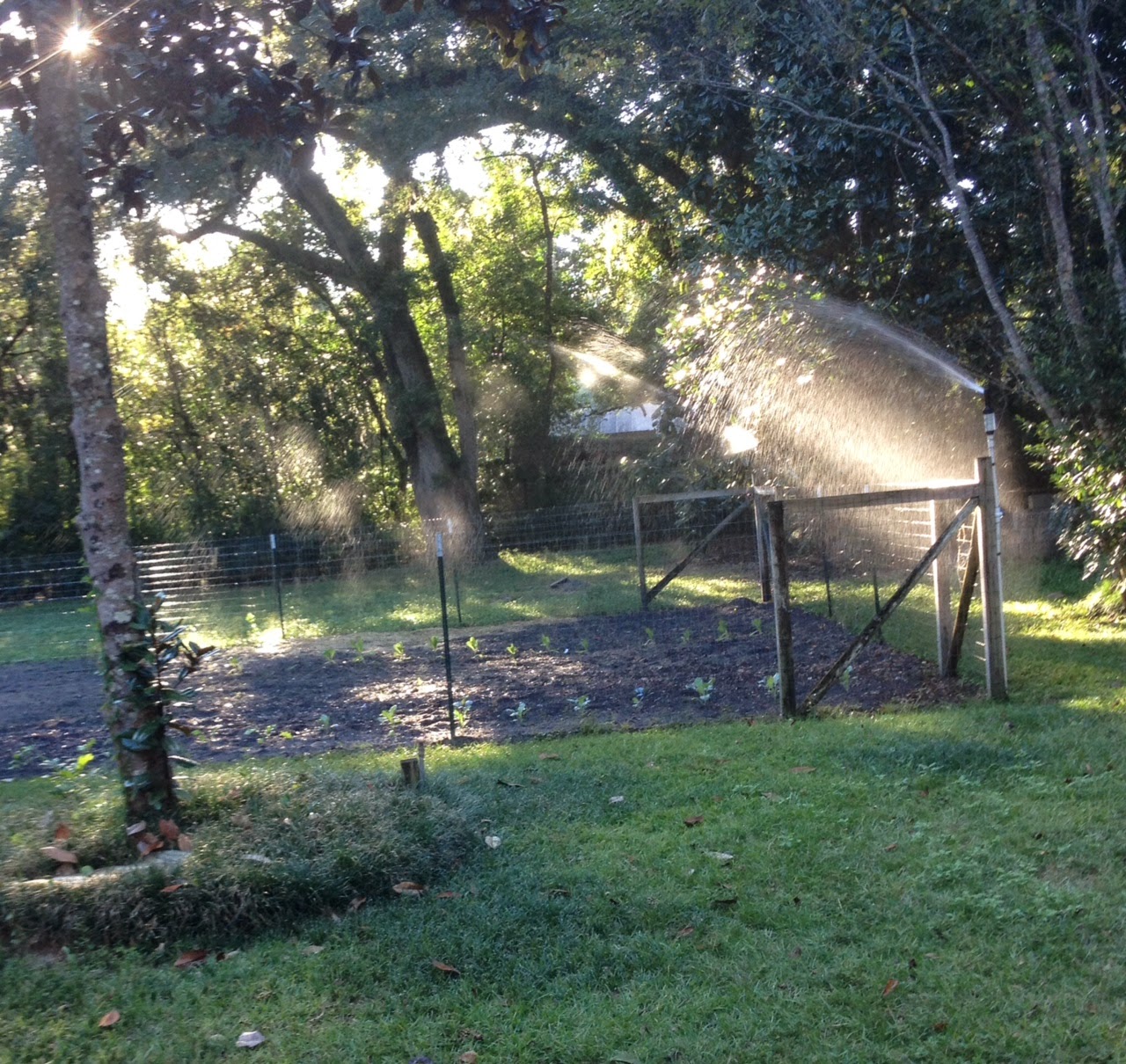 It's Friday night and the water is on the garden and I just went out there to check on things and damn if I don't already need to get in there and hoe like a monkey because all the weed seeds have germinated at approximately the same moment as all the greens and carrot seeds and already I am shrugging my shoulders at the thought of the impossibility of keeping on top of it all.
Well, I guess if gardening was the easiest thing in the world we'd all be eating fresh and organic and it would be a better world and I know there are easier ways to garden but at this moment in time I am not practicing them.

I did go into town. I called my Lily and even just communicating through actual true words made me feel a bit less unmoored and I went to her house and then Boppy came over and we all went to pick up Owen and went to eat a lunch and although I was some spacey and had to think about questions that were asked of me like, "Do you want me to get your tea?" for longer than one would think necessary, I managed to approximate the visage and actions of a fairly normal person. I think. I could be fooling myself.

After I left Lily's I went to the grocery store and then I came home and did some laundry and washed dishes and made up the bed with the fresh sheets I'd washed and I finished cleaning up our room and discovered the reason that it stunk like death in there. A tiny mole in a rather advanced state of decomposition which Maurice had brought us, I am sure, as a gift. I was mighty glad to find it because I'd thought something had crawled up under the house and died and there's not a damn thing you can do about that without crawling up under the house yourself and that's a scary, dark thing to do and not worth it just for one dead stinking animal. I picked up the poor little critter with a paper towel and took it outside and tossed it and did a good vinegar and water cleaning on that area of the room and all is now restored to rights.

Here's a corner of that room. 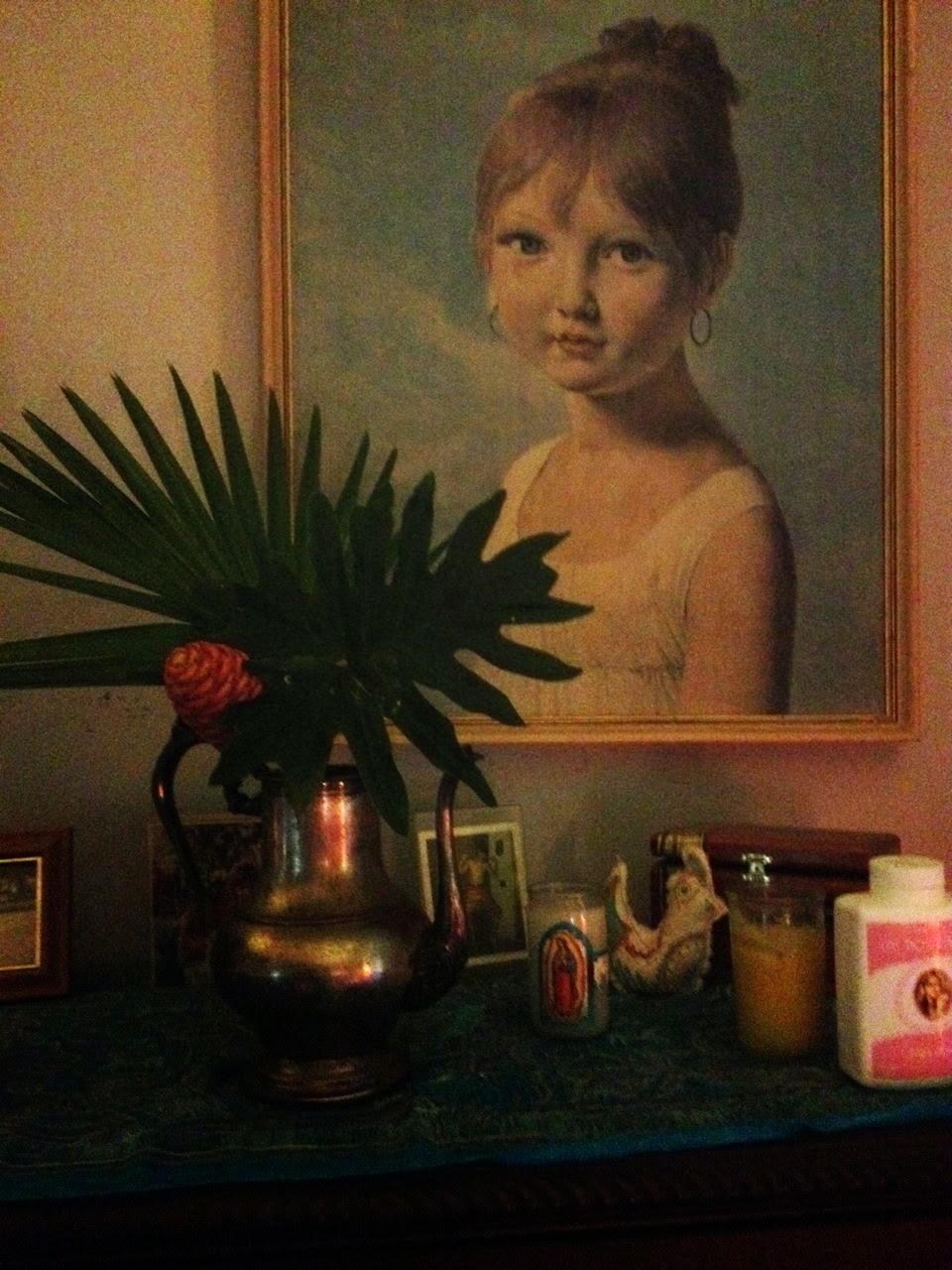 I know. It's a little dark but it's a dark room which suits me for sleeping purposes, whether at night or for naps. Speaking of naps, I laid down on the bed after I made it and rested my eyes for about forty-five minutes. It was one of those drifty-in-and-out naps wherein you can maintain that intensely pleasurable state of natural narcosis in a prolonged and most pleasurable way. I wasn't attached to the idea of napping as much as I was just to the idea of resting and I woke up easily when my husband came home.

He's out splitting wood to make a fire right now to cook two chickens that I bought. We'll eat some for our supper tonight and take some over to Jessie and Vergil's tomorrow along with soup and bread and eggs. They are coming, y'all. They are really, really coming back to live here.

Here's the picture Jessie sent me of the loaded truck. 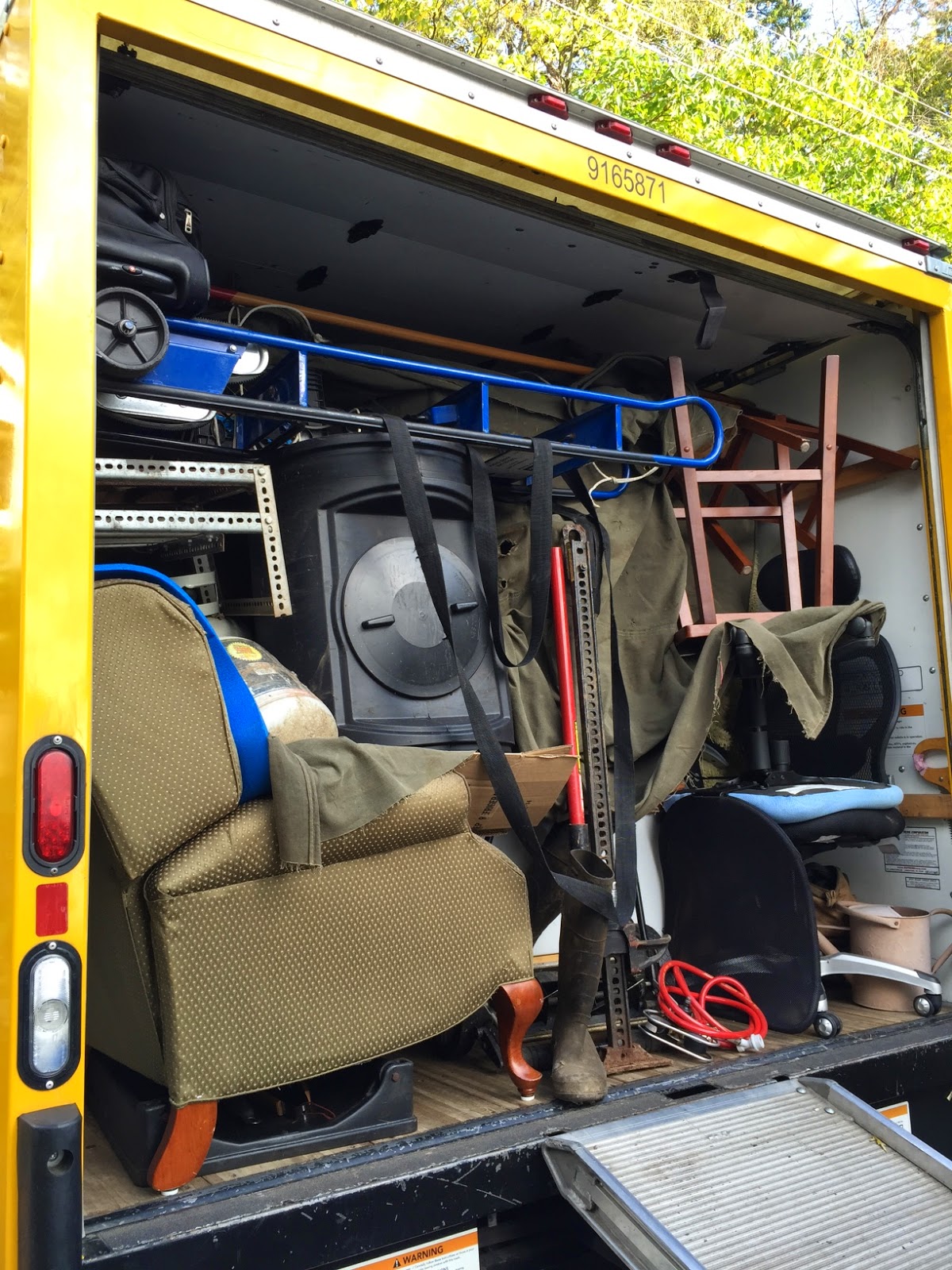 Since Vergil is an engineer, I feel certain that the truck is packed as tightly and elegantly as a Chinese puzzle and it's going to be an adventure for those two, Vergil driving that loaded truck, Jessie following in her car, then arriving here tomorrow and unloading on Sunday into their house.

And then the adventure truly will begin.
Will there be babies? Will there be music? Will Vergil meet people who become part of his tribe? Will they get chickens, will they plant an urban garden in their front lawn, will they be happy here?
Oh, how I hope so. It is such a generous thing he is doing, leaving his beloved mountains, his family, his very, very dear friends, to come and try out this Florida thing, casting his lot with Jessie's crazy family, now his family as well. He wants to learn to hunt and fish. He is ready to redo the kitchen in their new house. He has taken on the role of a husband with love and steadfastness. It is an unbelievably beautiful thing to watch my children grow up and live their adult lives.

Lily and I were joking in the car today about something that I am not going to repeat here but she laughed and laughed at what I said and I told her, "You had no idea as a child that I was such a fun person, did you?"
And she agreed that she had not.

Sometimes I miss my baby-babies so much it hurts like a sword in the belly. And sometimes, I am just so grateful for these friends that I have now. And funny thing- they can give me new babies to love.

Owen gave me lots of love today and Gibson gave me some too. And here I am at home with a husband whom I adore and Maurice who wants a little petting now and then and my chickens. 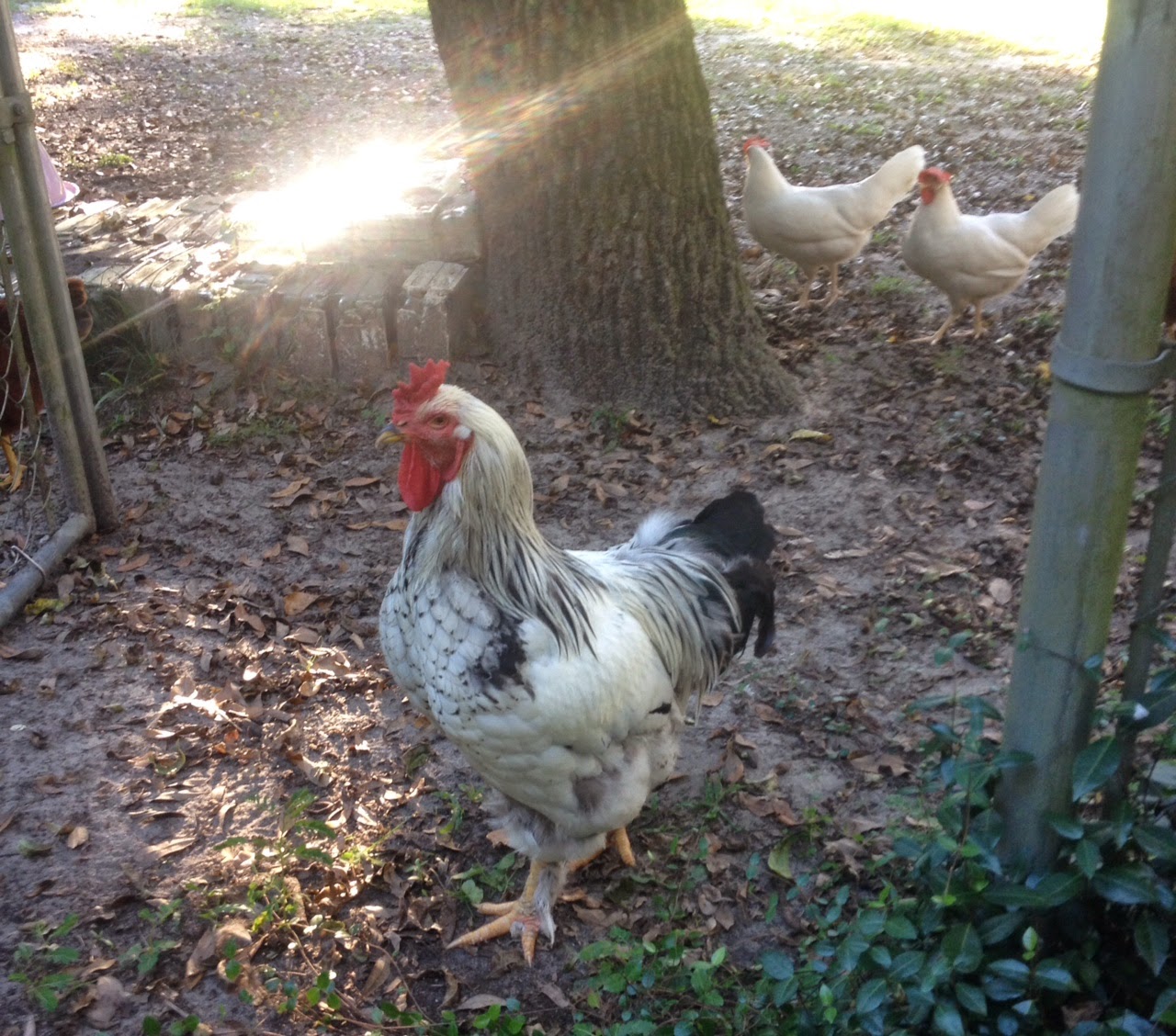 Elvis is getting old but we just watched him take two of the hens in marital bliss in the space of twenty minutes so he's not that old.

Owen told me and Lily today that Claire is his girlfriend. He hasn't told her yet, but she is. A few days ago, he and I were talking about how Boppy is my husband and I said, "Isn't it funny, Owen? If Boppy hadn't been my boyfriend and I didn't love him, then your mama never would have been born and then you never would have been born? You are here because I love your Boppy."

He thought about that and agreed that yes, that was true.

It's Friday night. I'm going to go saute some mushrooms and make some brown rice to go with. Mr. Moon is going to cook the chickens. Tomorrow, Jessie and Vergil will be here.

I may be a crazy old woman but I do get some shit right.

My god. The adventures never end.