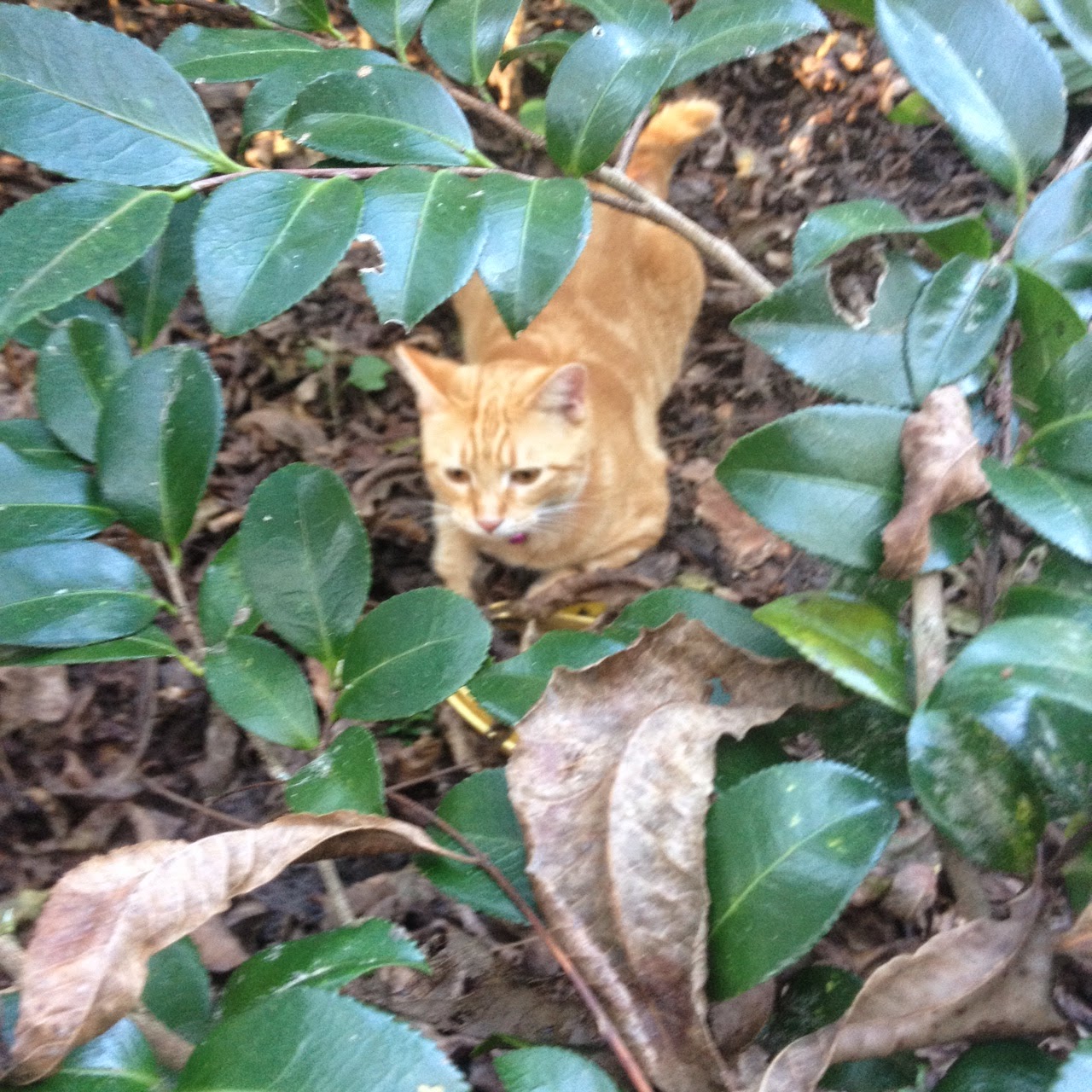 Maurice and me in the camellia bed.

Whoa. Jessie and Vergil have had a day of it. They've been here for less than twenty-four hours and in that time they've unloaded that truck (and I swear- I have never seen a better-loaded or more organized packing job in my life), picked up an appliance- not sure which one, Vergil's played a game of Ultimate Frisbee with his new team (Go Light Blue!) and they've come here and gotten the big leather couch which Mr. Moon's sister gave us which was taking up half my library room and which will now go into their basement where they plan to have their entertainment stuff set up, an iron headboard we haven't used in years, and their dog Greta and cat, Ceilo (I probably spelled that wrong) who have been hanging out here all day.
And Jessie took a friend to the ER who got cleated at the frisbee game in the Achilles tendon.

So. They sure as hell hit the ground running.

I still can't believe it. That they're here.

Shayla and Waylon came by the new house to welcome them with fresh fruit, hugs and kisses. Waylon loved the truck ramp and the "truck house." Hank came by to say hello. The big festival he's been a part of organizing, planning and implementing for the past four months or more happened yesterday and he has Post-Festival-Let-Down. He said he has a pizza and a bottle of whiskey and he's NOT doing trivia tonight and tomorrow he will wake up in a brand-new world.
I can't wait to help him move.

Speaking of which, I hardly did a damn thing today except go get things. Gatorade, iced tea (Publix- buy one, get one free!), ice, pizza for our lunch, and finally Liquid Bandage, a splint and tape for Mr. Moon who sliced his thumb pretty good with a putty knife. I think it was a putty knife.

I'm not really sure of anything, am I?

I tell you what I AM sure of.
This morning, after I posted, a friend of mine came by to bring me some soup she'd made and an egg carton that I'd taken her some eggs in. She was having an emotional morning and this is a woman who is strong and sure but as we talked, she told me about a misunderstanding which had occurred between her and a special needs kid that she is a friend of who helps her out at her business sometime and now the mother of the guy is involved and she just felt like shit. Like she'd done something wrong and really, she didn't, but she was hurting from it all. People have failures to communicate all the time and throw in a little disability and mother-protectiveness and shit can go south real fast.
But then she told me that she hasn't spoken to her own son in almost two years by his refusal to see her or talk to her and he's her only son and they used to be so close, always were so close, and she just broke down and I felt so much pain for her and for all of us whose love has been, for whatever reason, blocked, and goddam it. Life is too short.
Sometimes it can't be worked out.
But Lord, if there is love (and there is not always- I give you that caveat with my full, aware heart), mostly it can be.


A bit of a strange video in that the boys in the band were obviously goofing but...they wrote those words, they sang that song.
The Beatles were not of this planet, exactly. But they showed up right on time and my god- I was here when they did.

Jessie and Vergil and Greta and Ceilo, heading out of Lloyd with a leather couch and a white iron headboard, heading towards town, to where they live, and the sun was going down and they'll sleep in their new house tonight. 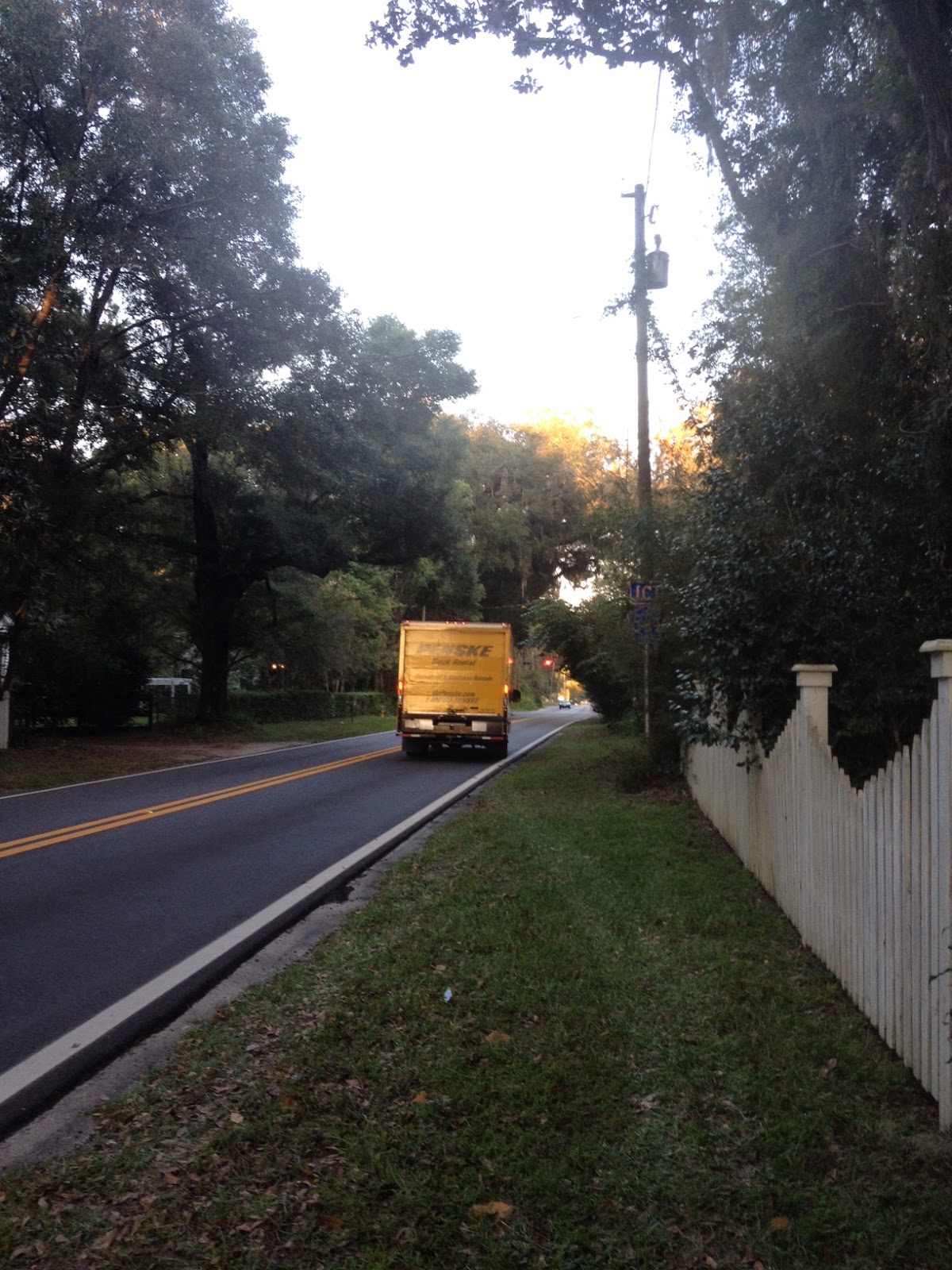 I feel so humbled in all the love.
And I am not even kidding you. Not one bit.
Posted by Ms. Moon at 7:35 PM