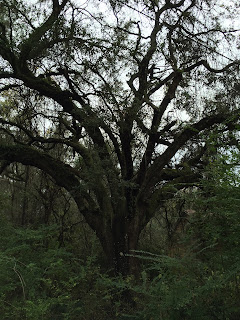 The weather is grim today, old oak trees take on new symbolism as their twiggy fingers reach up to the gray sky. The rain we got yesterday cooled things down a bit and I didn't sweat on my walk which was nice although the scenery was a bit dismal.

My husband is coming home tomorrow. I am going to make Ropa Vieja with venison in celebration of his return. I have never even had this dish but it always sounds so good. Usually made with beef and olives and spices, I will substitute the venison for the beef. I have gotten in touch with a friend of mine who had a Cuban mama for a good recipe.
I am not going to go anywhere today. I am staying right here in Lloyd. I am happy about that. I seem to have been so busy lately out in the world, and that is good and that is fine but sometimes I simply have to stay put and be alone. It is my way.

Jessie and Vergil and Gus are on their way to Colorado and I got this picture early this morning. 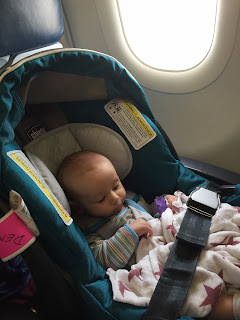 Jessie said they asked for Gus a seat on the flight to Denver and they gave them one. So here is the little guy, strapped in. I love that he got the window seat. Here's another picture. 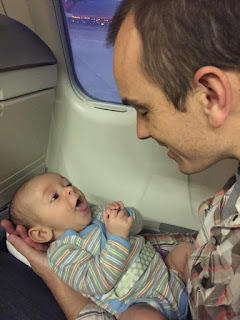 He's just two months old and this is his second trip out of the state. He appears to be a good traveler, taking things in stride, as he does. I got to hold him a lot yesterday and he is content to be held against me, to let me sing to him, talk to him. When I was holding him at the Goodwill while Jessie tried things on, a man stopped and said, "It's like holding his mama when she was a baby, isn't it?"
Tears sprang to my eyes.
"Yes, it is," I said.
"That's what my mama always said about grandchildren."
His mama was right.
I am going to miss him while he is gone. The need to hold him has become only stronger as gets older. I cannot believe that in just a few weeks, there will be yet another baby, a girl, for us to hold and love. And that by this time next year, there will be two toddlers, making their way around this old house, discovering the hallways, the stairs, the many, many places to hide. The other day as I was pulling laundry from the laundry basket I had a flash of memory of the way Owen used to put my shoes in that basket and I would find them when I went to do the wash. I remember the way he used to help me carry the basket to the laundry room and I would let him, setting my pace to be as slow as possible so that he hold on to the handle and feel useful and how he would want to help fold the laundry which looked so simple but which was trickier than he had thought. As so many things in life are. And yet...we learn.
Gibson talks a lot about how he is growing. "I getting bigger and stronger!" he says, and of course he is. All of them are. Even after raising four of my own, I am gobsmacked at the way they grow, bigger, stronger, wiser. Every day.

Miss Camellia who is fully feathered again has stuck her head through the hole in the screen, looking for cat food. She does not come in, but the Chi-Cha's have the courage to come through the hole and eat the food. 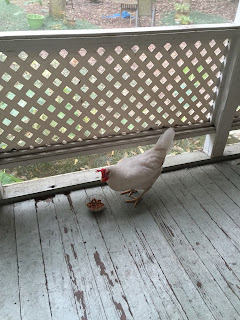 I am never really alone here.

And even when I do not leave Lloyd, there are roads I travel. 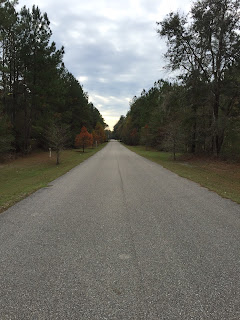 That hen has beaked up every Friskee in the damn bowl.
Aw well. To the brave go the spoils, or whatever that saying is.
She better lay me an egg today.
That would be about all of the excitement I would wish for.