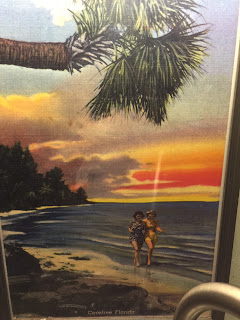 I have done more physical labor today than I can remember doing in a donkey's age. And let me just say- I have three half-way clean bathrooms, one tidied bedroom, and one mopped kitchen floor. And that took me all day long. So in my house, that means that I have not touched the hallway (which is a room in an of itself), the Glen Den where the TV and toys and deer heads and fish mounts live, the library, the dining room, or my own bedroom. I did sweep that the other day so it's not terrible. Well, except for the toys and books and dust.
Why, Ms. Moon? you may ask. Why did you clean all day?
Oh well, because company is coming. Of course. And this is the sort of company that would not give one red hot damn if I didn't clean a thing. But good Lord- it's been time.
So I am exhausted but I feel good. I smell of bleach and vinegar and Fabuloso and every cleaning product made by Ka-Boom!.
I am a toxic dump but a clean and rather fragrant one.

Mr. Moon had a busy day too. He had three doctors' appointments. One with the dermatologist, one with the neurologist, and one with a specialist in Lyme disease.
He doesn't appear to have skin cancer or Lyme and the neurologist suggests that he might want to go to Mayo Clinic in Jacksonville because he can't figure what the hell is causing my husband's leg and feet problems. It's been a year of every test in the book from MRI's to genetic testing to every blood test imaginable with absolutely no results.
So- get up off that couch and walk, Lazarus! There ain't a damn thing wrong with you!
Except that of course, there is.
Mr. Moon says he is done. January first he's back to square one with his insurance deductible and he refuses to participate in the relentless and apparently fruitless search for a diagnosis any more.
He's stubborn, that man.
Ah well. He still does everything he wants to do and he's strong as an ox. I think, however, it is time for him to go see an acupuncturist.

But now he's home and there's chicken and potatoes and mushrooms and asparagus in the crock pot. I am so very, very grateful that the anxiety has abated. I can feel it creeping in a bit as the sun has set (I'm like one of those elderly dementia patients who sundowns) but it's nothing like it was yesterday.

Here's a picture of Gibson and Lily's best friend's baby that I stole off of FB. 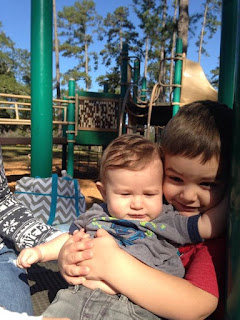 He is smushing that child with his love as we do in this family.

Here's another thing we do as a family. 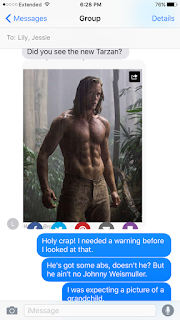 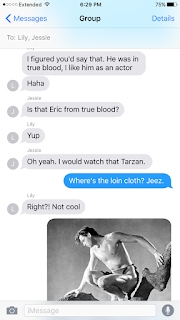 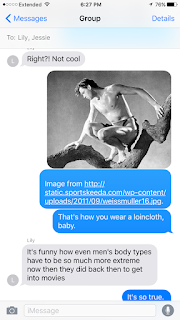 Send each other thought-provoking, intelligent texts. With pictures of hot men.