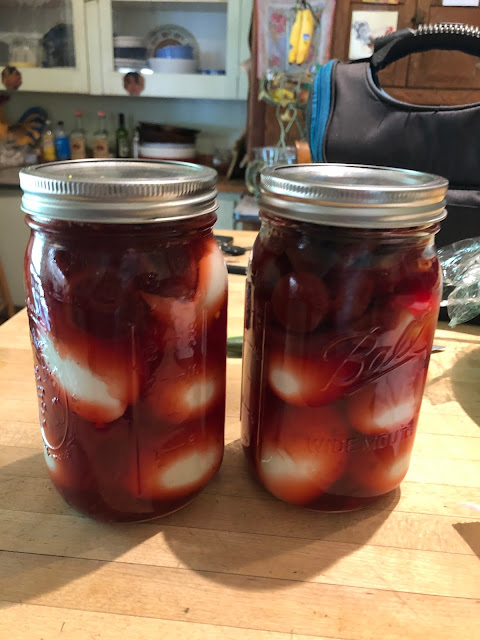 What in god's name is that? a reasonable person might ask.
Here's a hint- you would not study those in anatomy class.
One thing that The Asshole, aka the stepfather, used to make was pickled eggs with pickled beets. And I always loved them. I loved them so much that their memory is not tainted by the person who made them. He was raised dirt poor. And I mean DIRT poor. He grew up in a citrus grove and if my mother's family was barely affected by the depression, his was hit hard. Growing fruit in Florida didn't make anyone rich except for a few huge grove owners. His family did anything they could to stretch food and one of the things they did was to buy the cheapest past-the-dates white bread they could find and to eat it with everything. To this day, I can just see that man sitting at the head of the table, putting whatever my mother had made between slices of white bread. It was nauseating. Soda crackers were another cheap stretcher. He forced us to crumble up handfuls of the things to put in our canned chili or soup. FORCED US.
And this was the worst- in our pantry there was always at least one can of pig brains. What? You didn't know they sell canned pig brains? Well, they may not anymore. I don't know. But I will tell you that coming home at night stoned as hell and looking for something for the munchies and finding cans of pig brains in the cabinet is something else I will never forget.
He'd scramble them into eggs and eat them with gusto. Thank heavens he did not force us to eat them. There was no fucking way. He did make me finish my cooked cabbage once and at that time in my life, I hated the stuff. I was massively pleased to vomit it up at the table.
BUT.
I did love those pickled beet eggs.
We've got so many eggs right now and I have a few jars of beets that I pickled, uh, years ago. Not THAT many. They're still safe to eat although the texture of the beets is not great but I decided to do an experiment today and see if I could recreate this delicacy.
The hard part was peeling that many eggs. Y'all, I am sixty-six years old and I think I have finally figured out how to best get the shell and membrane off a boiled egg. I put my eggs in water, bring it to a boil, turn it off and let them sit for at least ten minutes. And then I tap a gentle crack into each egg and THEN I put two at a time, although you could just do one or even three if you wanted, into a jar like a mason jar, cover with water, put a lid on the jar, and shake it all up for about 10-20 seconds. Or something like that.
And then the peel comes off so easily.

So I did all that and put my peeled eggs in quart jars, heated up my jar of pickled beets and added some more vinegar and sugar and when it boiled and the sugar was dissolved, I poured it over the eggs in the jar. They are now in the refrigerator, hopefully becoming pickled and a beautiful shade of purply pink.

I will now interrupt our regular programming to tell you that just a few moments ago I got a call from Lily who had heard from her best friend Kelly, that there was a murderer on the loose in Lloyd and that she needed to tell us.
We are hearing a lot of sirens and had figured there was a big wreck on the interstate which is only a mile away. This happens far too frequently. "Murderer on the loose" is not something we encounter around here too often. Here's a news blip I found: 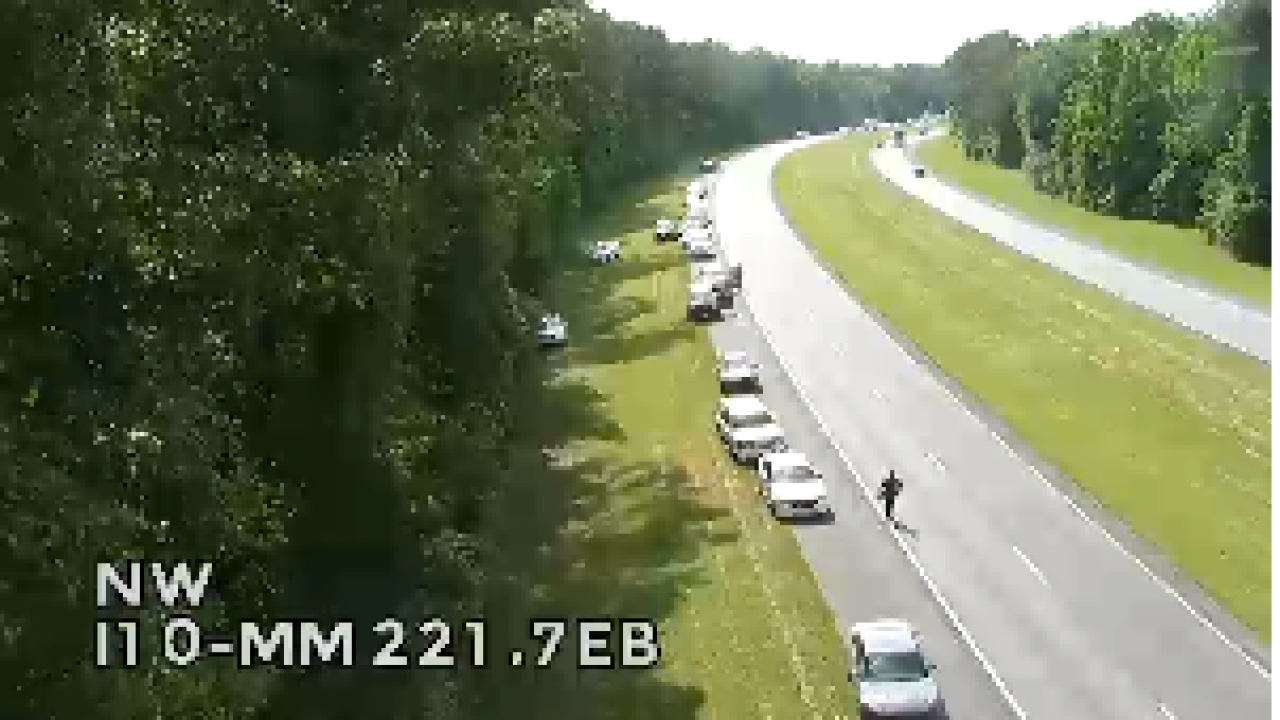 TALLAHASSEE, Fla. (WTXL) — The Florida Highway Patrol is pursuing a possible homicide suspect on I-10 eastbound off of mile marker 221 south.

Troopers say the suspect jumped out of their car and into the woods, with troopers then pursuing them.

FHP confirmed to ABC 27 that it is unknown where the pursuit began, but that it crossed from Leon County into Jefferson County.

K9 units are now on scene to assist troopers in searching for the suspect.

This is a developing story. Stay with ABC 27 for updates.

Well, if someone comes to the door and asks to be hidden, I will tell them no, and send them away.

I did my weekly Publix/Costco run today and now have everything we could possibly want or need for the next month.
Except of course, that won't be true and I will no doubt have to start another list as soon as this evening.

I am exhausted. I knew I would be and bought a street tacos kit at the Costco which will be delightful and I will not be cooking although I think I will make a mango salsa to go with.

And now a neighbor just called to tell me about the escaped homicide suspect.

I'll let you know tomorrow if they catch him. I keep referring to the person as "him" although the article uses the pronoun "they" so I could be assuming that it's a man when it's not.
I'll let you know about that too.

P.S. Kelly has reported to Lily who reported to me that the suspect has been apprehended. I trust Kelly who obviously has some kind of insider information of which I know nothing about. We can sleep peacefully tonight.