Have We Overcome Yet? 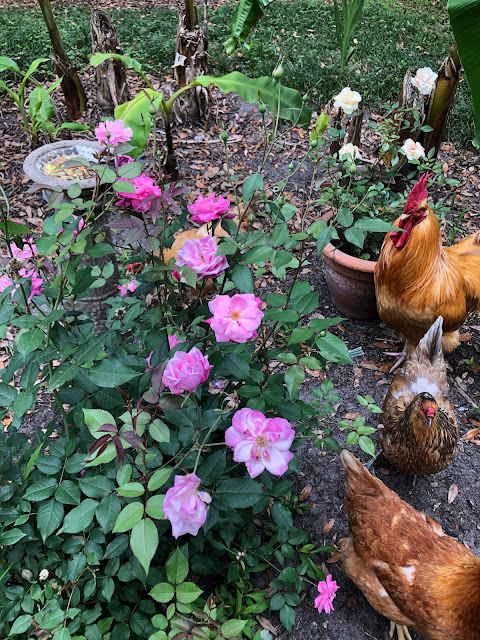 I have done something which seems to have solved the problem of my phone constantly dropping the internet connection. Don't ask me what I did because I do not know. But I did something. I have not solved the router problem because I looked that situation up on Google and the instructions seemed insurmountably difficult to me but I'm sure if I set my mind to it, I probably could figure it out. Mr. Moon's phone also reports that his security is weak and he gets the same message about refiguring the WiFi but he says, "It's been like that forever. I don't care."
There you go.

I suppose the high point of my day has been ordering a new nightgown from the Vermont Country Store. I actually made a list today of things I need to purchase. I decided that I am going to be more organized in all ways.
That's a lie.
I decided that I might as well make at least a tiny stab at it. And what's the first thing you do when you need to organize? Make lists, right? Nothing says determination like a good list.
Hell, I even went to the shelf in the kitchen where I keep random things that I have no idea what to do with and dug out an old notebook that I'd bought at Old Navy, believe it or not, years and years and years ago. It's such a cool notebook that I've hardly ever used it but I'm not going to live forever so why not? 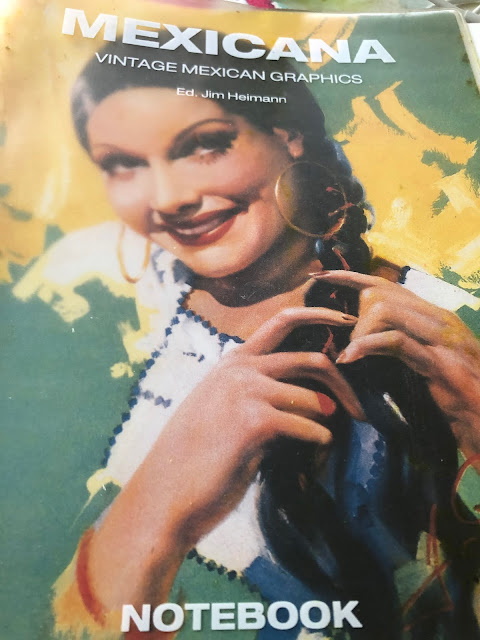 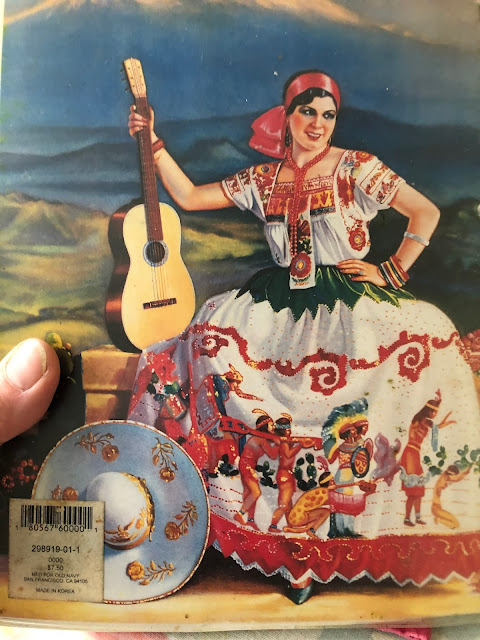 The pages are heavy duty paper and are lined. Inside the notebook interspersed between the blank pages are beautiful photos like the covers of vintage Mexican postcards, posters, and so forth. I have used a few of them for card-making. Well, back when I did things like that.

It turns out that I had used at least a few of the pages of the notebook. There are lists in my handwriting, a wretched poem or two. The lists gave me pause. One of the pages' list went like this. 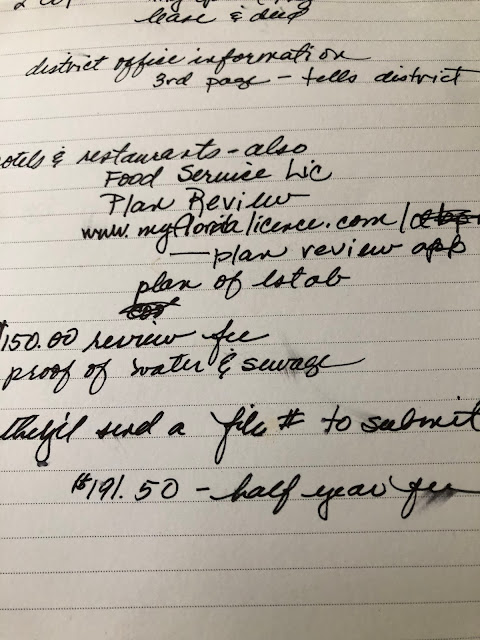 Wait. What? Where we planning on opening a coffee shop or a bar? I have a vague memory of that. Did I do real, adult research?
It would appear that perhaps I did. Here's another list I found. 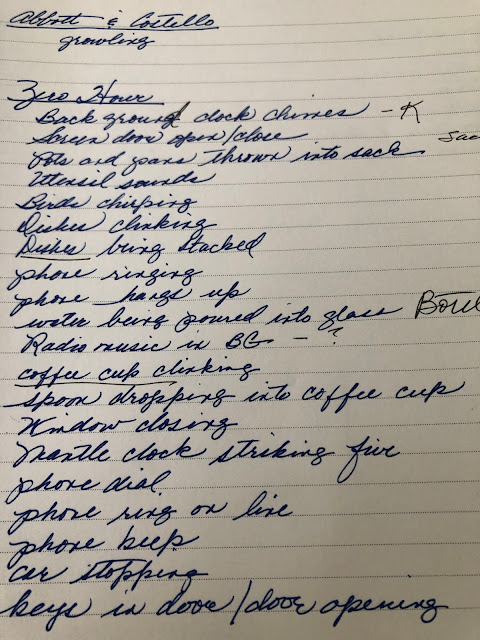 And then it occurred to me that this list came from the days when Kathleen and I were the Foley artists for the old time radio show productions that we used to do at the Monticello Opera House.
Wow.
When Kathleen coerced me into doing this with her, I didn't know a Foley artist from a Foley catheter. I knew a lot more about Foley catheters, actually. But I learned and oh, we had so much fun! The productions were not real radio shows, obviously, but we used authentic old radio show scripts and the actors all dressed in costumes of the era and sat in a semi-circle of chairs until their turns at the mic came up. Kathleen and I sat on tall stools behind our table with all of our sound-effects-making props and we knit and crocheted onstage, waiting for our services to be needed as per the script. I would bring a thermos of what we made quite clear was whiskey or some brown liquor but which was, in reality, as fake as the tiny door we used to open and shut when that was called for. It was red bush tea in that thermos that we sipped throughout the performances. We called ourselves The Miller Sisters because oddly enough, "Miller" was both our maiden names.
We broke china onstage. We shot fake ray guns. We slammed down ancient, heavy telephones, we made the sound of horse hooves with coconuts, and we had an actual avalanche that our beloved Colin made for us to use in one of the Lone Ranger scripts. We had a wheelbarrow full of gravel that Kathleen could dump into a kiddy pool in the orchestra pit. It was a show-stopper!
Oh, god. I'm feeling so nostalgic.
We did everything completely straight-faced and no matter what happened, we showed no reaction. And things did happen. Trust me. But it turned into a beautiful bit although once I did break my toe while kicking a trashcan across the stage.
One must suffer for one's art.
So I found those lists today and remembered and I did the small and insignificant things that I do around here and made my little list of things I need including new towels and shelf organizers and hung the clothes on the line and cleaned the hen house and made sourdough dough.
I'm not going to lie to you- it's been a bit of a hard day but the fact that the Minnesota police officer who murdered Daunte Wright has been charged with second degree manslaughter has been slightly satisfying. I would be happier, of course, if the charge had been, oh, murder since that's what it was, but she's been booked, and as far as I know is in jail.
I swear to god, I don't even have the words to begin to say how ashamed I am of my country, my race. Another mother has lost her son. Another child has lost his daddy. Our world has lost another soul because a police officer saw nothing but Black and male.
She thought she was using her taser?
Fuck that shit.
The day that a white kid gets pulled over for having something hanging from their rear-view mirror and then shot in the chest is the day that the pigs flying out my butt will burn in hell.
I had a Virgin of Guadalupe car deodorizer hanging from my rear-view mirror for years because I loved it in the ironic sense that I love that goddess and never once did I worry that a cop would pull me over for it and of course, they never did.
Duante Wright is never going to be able to report, as I have just done, a completely normal day of human life. No small chores, no memories, no feelings of any type.
Erased. Completely and utterly. Shot and killed. Dead and gone.
You want to talk about cancel culture? There you have it.
I am so sorry.
Love...Ms. Moon
Posted by Ms. Moon at 6:39 PM