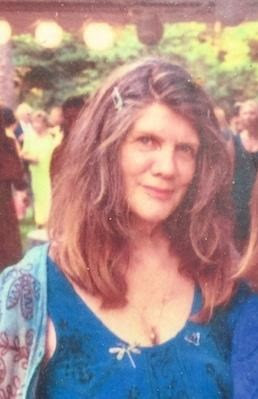 I was on the porch this morning, going through my morning ritual, drinking my coffee, checking e-mail, reading comments on my blog, reading y'all's blogs, looking at FaceBook, when my husband came out.

"Chloe died," he said.
"What?"
"Chloe died. It was in the paper."
We read the paper online now and I had not gotten to that part of my routine yet. But I quickly opened up the online app and went to the obituaries and sure enough, there she was.
I was shocked. Not entirely so much that she had died but that I hadn't known. It was almost a month ago that she'd gone. I haven't seen her much in the last decades. We live relatively nearby each other and I have run into her at Publix or the post office now and then but that was it.
Still. I had known Chloe for forty-seven years. I was nineteen when we met. She was thirty-three. She was eighty when she died.
As impossible as it is to think of her gone, it is almost more impossible to think of her as eighty.

I've written about Chloe before but never used her name. The first time I ever saw her was at Smitty's Club where all the hippies gathered, a juke joint in the country where local bands played. I had just moved to Tallahassee and through the one friend I had here, I had gotten to connect with the Wharton family who knew everyone and it was easy in those days to slide into communities, bound by our hippie ethics, our love for music, our youth. Chloe was very tall and she was profoundly and very roundly pregnant with her third child and I'd never seen a pregnant woman who looked like her. She was wearing an Indian print dress that did not even try to hide her belly and she had her large hands on that belly, massaging her baby from the outside. I'd only seen women of my mother's generation pregnant, wearing their cutsie tent-like dresses, perhaps occasionally putting a gentle hand atop their bump. Never anything like Chloe who was obviously already communicating with this child ripening within her.

After that baby was born I was living in an apartment in an old house right next door to the Whartons and they had gone off to Tennessee, I think, to visit relatives and had invited Chloe and her man, Chris, and their new baby to stay in their house because Chloe and Chris were building their own house out in the woods and it had no plumbing or electricity. This, too, was a novel and stunning idea to me.
And so I would go over and visit Chloe and her new baby, a boy who was not yet named. They called him Bumpy Wump. They wanted to let him choose his own name when he was ready. I watched Chloe nursing her baby and learned more about how to breastfeed from that  than I think I ever learned anywhere else. And I learned to roll a joint from her too, watching as she slowly and carefully laid out the paper and made sure the weed was crushed just so, taking her time to get it right, licking the glue-edge, producing a perfect joint.
We sort of fell in love, Chloe and me. She was strong and capable of great things like building a house, birthing a baby, nursing a baby, living in the woods without running water or lights.

We stayed pretty close for a long time. She was so supportive of me when I had my first two babies. We helped each other with childcare sometimes, our children played together, we shared our sorrows and we shared cups of tea. I was with her when she had her daughter Celene. She was one of the first people I told when I was pregnant with May and she hugged me so tightly. We were standing in her magical kitchen in her magical house which looked like it had been grown in a forest rather than built. She had water by then. I think she had electricity, I'm not sure.
I made her wedding cake when she married Chris. She wore the dress I'd made for my senior prom (a Vogue wedding dress pattern made in white eyelet) for the ceremony.

Over the years, Chloe had eight children. Bumpy was her fourth. She had four sons, then four daughters. She had her first two quite young, her last two (twins) when she was forty-something. Bumpy eventually named himself Michael. That is his name still.

Things changed, you know. I divorced my first husband. I moved to town. I started nursing school. My life changed so much.

We drifted, as people do. But whenever we ran into each other we hugged and chatted. We said, "I love you."

And as little as we saw each other I still thought about her, think about her, an awful lot. Every time I drive on the interstate from Tallahassee to the Lloyd exit, I think of the time I gave her a ride home one night and we drove on the interstate even though it wasn't officially opened yet. It was eerie and wonderful. I thought of her the other day when I bought towels because she once told me that it was good to buy the best you could when it came to the things you use every day. She imparted a lot of wisdom to me, a great deal of it from simple observance, not verbal instructions. Her gardens, her chickens, her attitude about acceptance.
Her obit said she died at home (the house that grew in the forest) peacefully and surrounded by her loved ones. Her children adored her. I hear her grandchildren did too. She was with Chris for forty-nine years.

She did not have an easy life. Ever. She made do.
I got in touch with a mutual friend today and asked her what she knew. She told me that she'd heard that Chloe had been "failing" and refused to seek medical treatment. She made her plans. I imagine she was loved unto death.

As my friend said, Chloe lived and died on her own terms better than most.
She did. She surely did that.

Another thing I'll never forget her saying was that she wanted to find seeds for opium poppies to grow so that when the day came, some day, far from then, she would have what she needed to ease her out.
I wonder if she had. I wouldn't be surprised.

I think the last time I saw her was in Publix. She was buying fixings to make Bloody Marys. She and her girls were going to have a Bloody Mary party. I thought, "That is so cool. Why don't I do that?"
Maybe I will one of these days.
I hope we told each other, "I love you."

She was not just amazing, she was wise. She was a wise woman.

It's raining here today. The little boys are here. I am making chicken and dumplings on my stove, the best I could buy- something I use every day. Mr. Moon has finished the shelves. They are drying. 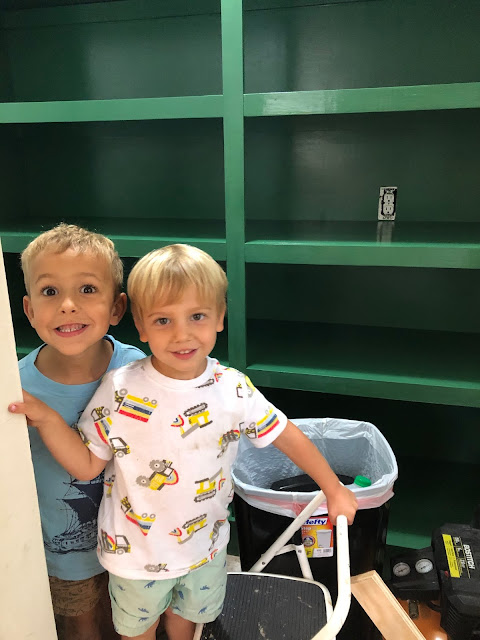 There has been watermelon eating. 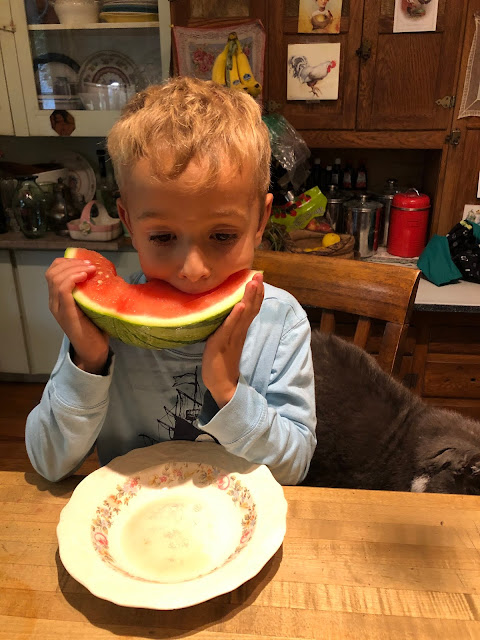 There has been Jack tickling. 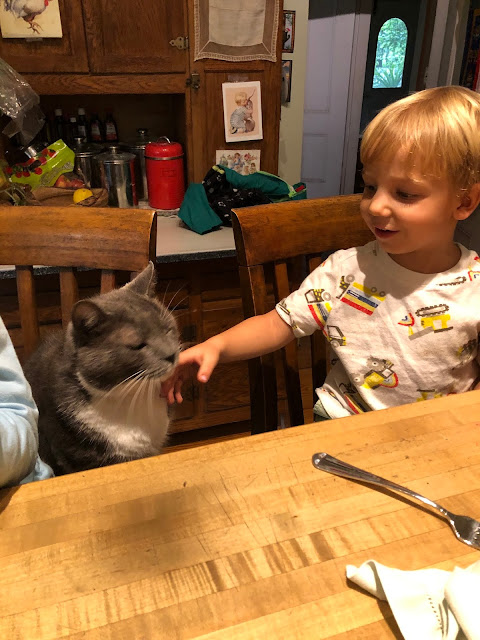 There has been TV and book reading.
There has been a lot of remembering Chloe for me. She was one of those people whom you meet and who make a huge difference. I feel quite certain that if I had never met her, I would not be who I am now, this is not the life I would be living. 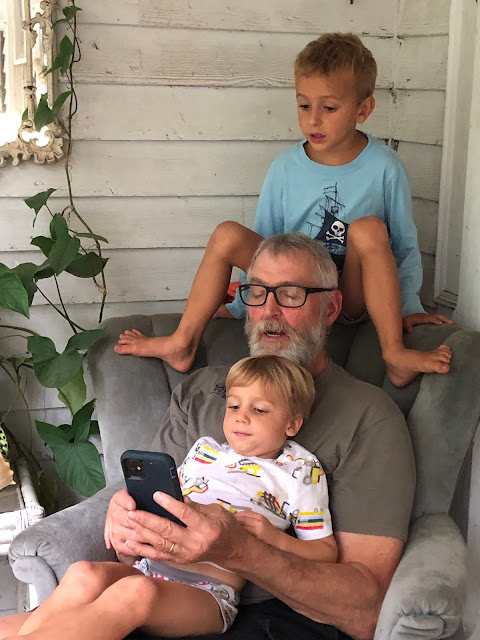 And that's all there is to it.
May she rest in peace. One of her daughters had a baby a few days before she died. I hope she got to hold her.
I hope she knew I loved her.
Love...Ms. Moon