I had an extremely traumatic experience this morning. I've been biting my tongue in my sleep and it hurts like hell. Sometimes I wake up feeling like something very red has exploded in my mouth. A painful sort of red. A shockingly painful shocking red.
Like that. And this morning, even though I didn't know I'd bitten my tongue, that must have been what woke me up because suddenly I had a mouthful of shockingly red blood. And a little pain.
Having a sudden mouthful of  blood is not what one expects upon arising. I panicked for a second. I'm not going to lie to you. I could not figure out where it was coming from until I went and stuck my tongue out in the mirror and saw a tiny little place where the blood was just pouring out. I felt like a freakin' vampire. I must have bitten through a capillary or something. I held a washcloth to it and it soon ceased and I haven't seen another drop all day.
But Jesus. What a way to start the day. I guess I need to start wearing that mouthguard again. Between that and the splint I wear for my fucked up wrist, I feel totally sexy when I go to bed.
Who wouldn't?!

I messed around here this morning for as long as I could get away with and then I drove to town. 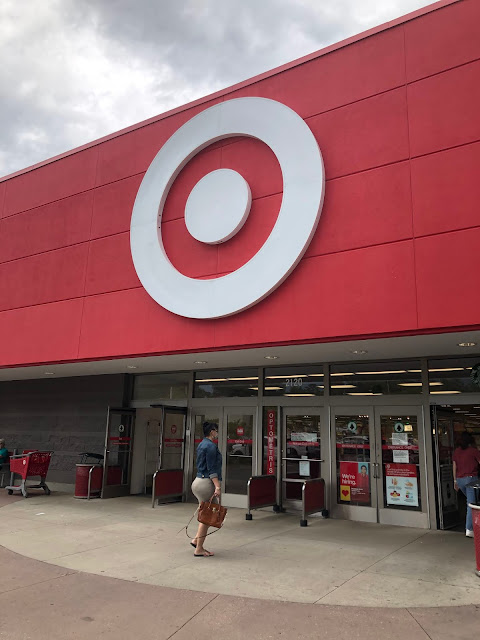 Ooh boy.
Yep. I went to Target.
That was a trip. First thing I saw was their weird-as-shit prairie dress collection. I've read about this and seen some of the resulting photography projects (please go here and check it out) but I did not realize the true hideousness of these garments. 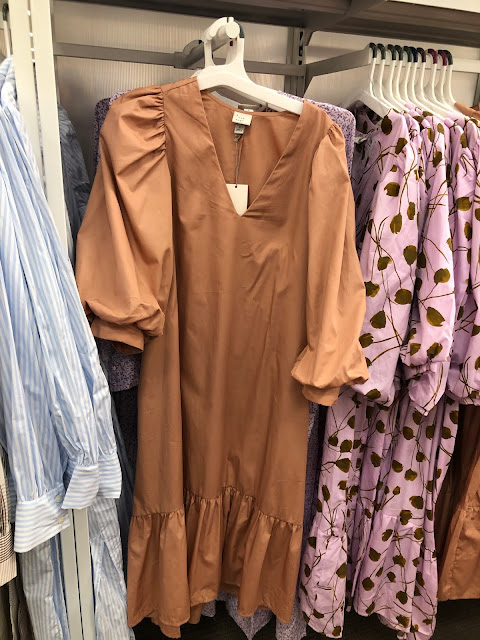 That particular dress reminded me of an Amish choir robe and it felt like a shower curtain although the tag said it was made of 100% cotton. It may have lied.
Y'all! I would not be seen de-pooping my chicken house in that...dress? And I am a person who wears overalls with one strap held together with a ducky diaper pin.
I cannot imagine a soul on this earth who would look good in it. Not even Uma Thurman who, before she had her face rearranged by a plastic surgeon was, in my opinion, ethereally beautiful. No. Body.
Nope.

I finally tore myself away from the car-wreck-like horror and realized that things had been vastly rearranged in the store. I wandered around for awhile, constantly trying to remind myself of why I was there, which was to buy bins or baskets or something for shelf-organizing. Turns out they have organizing vessels in almost every department. We all need more organization in our lives, obviously. I was staring at some cloth cubes when a darling young man approached me to ask if he could help me with anything. I told him that it had been a year since I'd been in a Target and that honestly, I mostly needed a tranquilizer. He began to dig in his fanny pack.
Do not ask me why he was wearing a fanny pack.
Now that I think about it, I may have only assumed he was an employee.
I said, "I'm kidding, I'm kidding! I have my own!" and he laughed. I laughed. We all laughed.
I ended up buying about seven plastic bins and also, four new towels and two new washcloths. I haven't bought new towels in seventeen years and I decided it was time.
I looked at a bunch of other stuff but did not buy any of it. I kept thinking that there was something I was going to look at but I couldn't remember what it was and I still can't so I must not have needed it very much.
Then I went to Goodwill which was right across the street and bought two way-overpriced shelf baskets.
By this time I was hungry as hell and called and ordered a fish sandwich at a restaurant near Costco and went and picked it up and ate it in my car which was a delightful fifteen minutes. It was gently raining and cool and the sandwich was delicious.
On to Costco where I did not see Brenda-with-the-mermaid eyes but did see Kevin in the liquor store which is always a treat. He's one of those people who makes everyone feel a tiny bit special. We all need Kevins in our life.
Finally I hit the Publix and got what I needed there and came home.
Yes. I am tired. Very, very tired.
Look what my husband has done today! 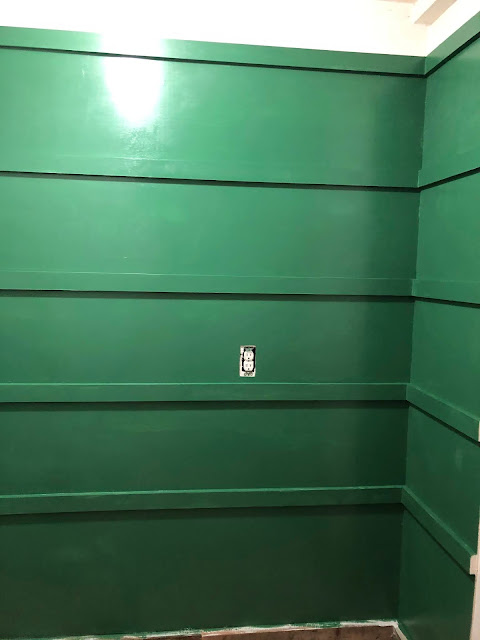 I love this color green. It's the same green as the bathroom he built. I'm so very excited to start using the shelves (which he is painting in the garage) to put my things on. Oh, it will be glorious! I think my poor kitchen will breathe a sigh of relief to be rid of some of its clutter.
It's Friday. I still haven't made up the bed but sheets are clean and dried and I'm sipping a martini. I have braved the shopping hoards in a major retail establishment. I have survived the bleeding vampire mouth. I have picked some of my last lettuces.
Sigh.
Life will go on.
Happy Friday, y'all.
Love...Ms. Moon
Posted by Ms. Moon at 6:35 PM