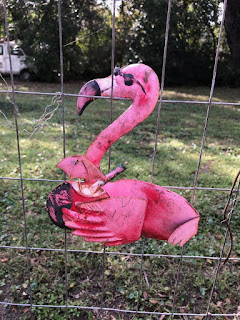 Sometimes when you use other people's bagged leaves for mulch, you find things in the bags which were tossed in either by accident or on purpose. Sometimes you find candy-wrappers or scraps of fast-food containers. A styrofoam coffee cup. Worse case scenario: dog shit.
But Mr. Moon found that little tin flamingo in one of the bags he brought home the other day. I suppose it rusted off its legs or maybe it was part of a hanging decoration. I don't know. But now he (or she) is gracing our garden fence.

How are you doing? Are you freaking out? Disgusted at the other people freaking out? Disgusted at the people who aren't freaking out? Angry at Trump and his inability to grasp a concept and then deal with it? Wondering what all the fuss is about? Being all Zen about it? Trembling in a closet? Determined not to let the virus get in the way of your life? Taking nips from the old sherry bottle? Hoarding Ativan? Putting your fingers in your ears and singing La-La-La-La-La?
All of the above and/or maybe using other strategies that may suit you and your lifestyle better?

I decided to go to Monticello to return a library book and so I did. I also wanted to early vote and did that too. I didn't feel the thrill I generally get when I vote. I did have a pretty good conversation with Terez and another library employee about the virus and about Trump. Terez tries so hard to be neutral about things as he is friends with people all over the spectrum of beliefs, both political and religious, and the other lady, perhaps around my age or perhaps younger, obviously felt the need to keep her mouth shut until I voiced a few of my opinions at which point she opened up and we all ended the conversation shaking our heads and feeling like, well, at least we aren't alone.
One thing we definitely agreed on was that there isn't nearly enough testing going on. And yes. I know about how Trump declined the test kits from WHO and the ones made here got fucked up but no one is saying just how bad the shortage is. Do we even need to talk about how many ways Trump has dropped the ball on this one? Can we even imagine how many ways he will continue to do so?
If there's a way to make a horrible situation worse, he'll find it and implement it.
Well. Okay. No need to continue in this vein because it's not going to help a thing.
I don't even feel any better for venting.

So, yeah. Went to the library, went to the voting place, went to Wag the Dog where I chastised myself in equal measures for risking my health to search for a treasure that I don't need in a lot of trash that no one needs and yet, at the same time, for feeling like I was risking my health by going into Wag the Dog in the first place.
I mean- Monticello, Florida is hardly the hub of a gathering place for world travelers or people who know world travelers or even for people who've driven up to Thomasville, Georgia recently.
Then I went to CVS to get more Sudafed where I had to have my driver's license scanned which was a bit of a trick because the windowed pocket in my wallet where I keep it is too tight and I can never get it out. The lady behind the counter did it for me, sliding her perfectly manicured orange finger-nailed finger in there like she'd had advanced training on the technique.
"Oh! I don't want you to break a fingernail!" I said.
She didn't.
Then I had to sign a thing that said I wasn't going to make meth out of the Sudafed.
"But I could go buy a gun!" I said. I was in a mood.
"Right?" the lady said.
More head shaking.

Came home to find my husband sitting in front of the TV which wasn't on. He'd stayed home today to watch FSU play in a tournament but at the last moment, the tournament had been canceled due to...yeah, you know.
So he got a lot of gardening done and mowed some of the yard and took some rolled up old fence to the dump place with the tractor that he got running and had gotten up early to get the tire repaired on down at the local repair shop.
I did an online New Yorker crossword which seems to be my newest addiction. I'm serious. I could sit here and do those things all day long.
After that I did a little yard work myself, mostly just pulling up more betony and crocosmia and listening to Sally Fields.

Household tip of the day:
The dishwasher, right after it's run through its cycle and you've unloaded it, is a great place to let bread rise. It's warm and very steamy-ish in there, especially if you unload it quickly.
Please note that the dough should be in a covered bowl and I feel ridiculous even saying that but you never know.

Hell, you never know anything. At least I don't.

Here's one thing I do know- I really want some baby chickens but I can't figure out where I'd raise them. We have no spare bathtubs and no spare pac-'n-plays and besides that, I don't want to deal with the mess. And it is a mess. But Lord, Lord- wouldn't baby chicks be a nice distraction right about now?

To be continued.
Hopefully... 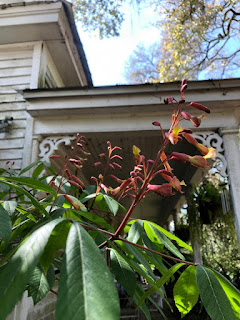 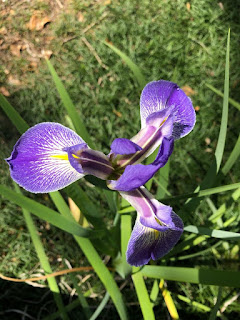