Some History Or Why I'm Still A Hippie

Here are the pictures I was trying to post yesterday: 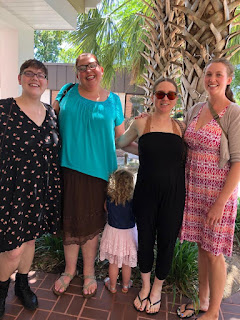 Again, someone was having a moment. 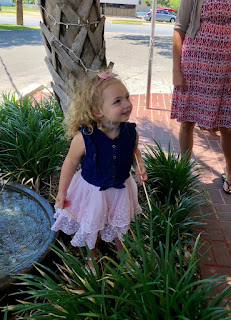 Moment over! Isn't she beautiful? 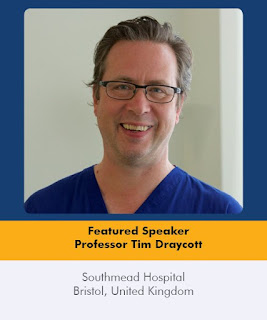 said about the doula and the willow tree is that he had no right to be discussing anything about Meghan Markle's birth plan in a public forum. Not only was it highly suspect as to confidentiality and incredibly disrespectful, it was purely tacky.
Just tacky.
I hope he got his ass kicked by a higher up.
If there IS a higher up to the Envoy of the Royal College of Gynecology.
And yes, I AM still pissed off about this and I'm going to be probably for the rest of my damn life.
This is just such a sore subject to me even though I haven't given birth in thirty years. I still harbor great animosity towards certain doctors who were involved in my care when I was going through my pregnancies and planning home births. With my first birth, I went to a local doctor for my prenatal care. I did not decide to try to have a home birth until I was about halfway through the pregnancy and I did not inform him of that decision because in those days, I probably could have been arrested for child endangerment. The whole home birth movement was so newborn itself that there was no such thing as a licensed midwife except for a very, very few old women in rural counties who had been trained and licensed back in the thirties, probably. A friend of mine did use one who was miraculously still alive and still practicing to deliver her baby, Dawn Rose, a few weeks before my baby arrived but I had chosen to ask a few of my friends to assist me who were very interested in becoming midwives. As I've said before, we basically had a copy of Spiritual Midwifery and a shared wish to avoid what hospitals were doing in those days which included enemas, shaving, exclusion of the partner from the process, drugs (always drugs!), wrist restraints if it appeared that the mother might have the gall to try and touch the "sterile field" which had been created with the shaving, enema, and tons of Betadine, an almost 100% episiotomy rate, the whisking away of the babies to the nursery with absolutely no opportunity for bonding, and the giving of the baby a bottle before nursing was begun to ensure that, well...what? The baby had a patent passage for liquid to pass through?
There was more.
It was horrible.
Dark ages for sure.
One of the women who attended me with that birth had actually given birth at home with her husband delivering the baby. They had lived for some time down in the Yucatan in what was then the entirely Mexican and rural area of Tulum and they had observed the women there giving birth at home and wanted to do the same. Another of the women was in nursing school. She went on eventually to become a nurse midwife and taught in various schools but at this time, was still just a student nurse. And the other woman was a friend of mine who had had two babies, both in the hospital, but one with no drugs. She had used the then almost unheard of Lamaze method of childbirth.
This was so radical that the local newspaper had written an article about it.

Anyway, these ladies helped me through 28 hours of labor at which point I gave up. I wanted to go to the hospital. And I did. Hank was born probably less than an hour after we got there and yes, I got an episiotomy and yes, I got shaved, and yes, I got yelled at for touching the doctor's hand, reaching for my baby after he was delivered because now the doctor had to change his gloves before he could stitch me up, and yes, my baby was taken away from me to be washed and fed in the nursery but by the grace of this doctor (deep sarcasm), my husband had been allowed into the delivery room with me.
And this is what the doctor said to us after our baby was born: "I don't want to become known as some hippie doctor. You hear me?"

And we somehow had the courage to take our baby and leave the hospital a few hours after the birth. We got lectured by several people about how foolish and reckless we were being and we had to sign all sorts of papers but I am proud of us for sticking to our guns.
We were so young. I was twenty-one, my then-husband was twenty-three.

Two years later May was born right down the road from where I'm living now but in a trailer we lived in on a piece of property we owned. The same ladies were with me and I had begun to assist in illegal home births myself. We had bought and devoured English midwife textbooks and obstetric manuals. We had acquired fetascopes and learned to keep records. We had gotten some experience. We knew a little more about what we were doing.
And May and the rest of my children were born at home, each one delivered by one of those ladies including Lily who weighed over ten pounds at birth and had a nuchal hand, meaning that she had one of her pretty little hands up next to her head when she was delivered. With, I might add, no episiotomy and no tearing. It was a scary birth but my midwife knew what to do and did it and all was so very, very well.

So that's the background from whence I come with my anger at that doctor's comments. My friends and I were told we were foolish, we were risking the lives of mothers and babies, we were criminals, we were nothing but airy-fairy hippies.
But we changed some things.
Oh yes we did.

And let me say that we here in Tallahassee had one person who supported us in a sort of quiet and underground way. This man. 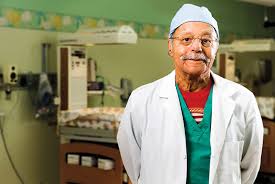 Dr. Brickler. Remember him? I surely have written about him before. Here's an article about him.
I won't say that he risked his neck or his career but he took the women who had to be transferred to the hospital and did not shame or lecture which at that point, in the seventies, was huge. And even then, he was so highly regarded and respected that no one called him on it. And he went on to support and be the backup of the first free-standing birth center in Florida where all of the babies were delivered by midwives.
I worked there myself after I became a nurse.

Well. That's my story for the day. And a bit of an explanation of why I am the person I am and how I became that way.

Believe in what you believe. Create change with your knowledge and your heart and your work.
I guess that's enough.